Johnny Gargano has pretty much done it all in WWE NXT as the brand’s first triple crown champion. The dedicated performer not only continues to set new goals for himself, but for The Way, a faction formed with wife Candice LeRae. Together the duo have taken emerging talent Indi Hartwell and Austin Theory to the next level.

When it comes to his own career, the star has another big opportunity on the horizon: a shot at NXT champion Karrion Kross on the July 13 episode with Samoa Joe serving as special referee. Here, he opens up about showing his “kids” the way and the importance of winning the gold a second time.

You’ve really helped Indi and Austin come out of their shell. How gratifying is it for you to see them connect with the audience?

Johnny Gargano: I’m so proud of them. Our goal was to always give them a spotlight to get comfortable and to show a different side of themselves as a character. Just to see how far they’ve come in a short amount of time on camera, just having fun and letting loose, but also Indi going crazy and freakin’ doing an elbow through a table that she has never done before. It’s such a cool time period for us. We’ve grown to the extent we’re not a faction but a family. I firmly believe those two are going to be the future of this company for a very long time.

What makes them stand out to you?

I pitched to have Austin with me for a long time. Then he went to Raw and WrestleMania. He was set to be with me, then got pulled and came back. I knew he was very capable and had a certain charisma about him that he didn’t have a chance to show. Indi is someone we saw that had a few matches on TV, but she has something about her—she has this unique charm, and a factor you can’t explain. We knew she had tons of potential. We just needed to give her a chance to grow in the ring and show that personality outside the ring. We had the idea in our head that they look like bigger versions of our children, basically made up in the freakin’ lab. It all made sense.

When you hear about all these WWE releases, I think Samoa Joe was one of the more shocking. How do you feel about having him back in NXT?

Samoa Joe is a legend. You can not replace the mind he has. He has done so many things in this business, even long before WWE. I was a Samoa Joe fan growing up when I was in high school. Anything he does, he is successful at it. To have Joe in this new role on NXT, he brings a breath of fresh air and brings this whole new dynamic. I’m super excited about what he will do in the future. Whenever he is on the screen, it’s must-see TV.

There were recent reports of Vince McMahon at the Performance Center. What do you think his view of NXT is now?

I can’t speak for him, but my limited interactions with him have all been positive. He has always been very supportive of me and NXT. As far as that is concerned, I hope he would realize NXT and the people we have are immensely talented. I think the future of his company, and wrestling in general, is in NXT and in that building. I think there are tons of talented guys and girls in that Performance Center just waiting for that opportunity.

You’ve really taken up that mentor and ambassador role.

That’s always been my goal. I wanted to give what I could. I’m always a bigtime team player, just doing what is best for the show and the brand and company. I’ve been a big proponent of preparing for the future of NXT. Being able to mentor Austin and Indi and give my thoughts and insights wherever they are needed. Also help out other young people on the show. I’m very proud of what I’ve done in NXT. The secret is just constantly changing and evolving and bringing something new to the table.

It seems The Way is veering more toward being fan favorites. Is that something you saw coming with fans in attendance again?

That is the big changing factor, that we have fans again. The whole time The Way has been a unit and I’ve been heel, we haven’t had fans. I think especially our fans are very appreciative of guys like me who have sacrificed years of their blood, sweat and tears for this brand. Factor in all of The Way as an act, I think we are very entertaining and there’s nothing like us on the show. Austin and I are out there as kind of this father-son duo. Who is going to boo that?

And you have the headbands.

People love headbands, so you have a lot of things going for us.

Do you get a sense NXT is going back on the road soon?

I’ve heard rumblings. I think it’s a matter of time. It’s very important, especially for the younger guys, to get those reps on live events. Indi hasn’t even done a touring live event, and she has been on TV for a year-and-a-half now. I think that is one of the things I was most looking forward to—watching Indi and Austin have fun on shows. That is fun to me. As a fan, is there another storyline that you are particularly excited about?

I’m kind of involved, but the Indi Hartwell and Dexter Lumis story that has been playing out. I’m interested in seeing how that is playing out as the fatherly figure here. I would like to know what my “daughter” is up to. The breakout tournament: I’m looking forward to seeing these young guys step up. I want to see who takes advantage of the moment and makes the most of it.

Heading into this big match with Karrion Kross, what would winning the NXT championship a second time mean to you?

I think I would be able to enjoy it a bit more now. The first time was a whirlwind and a relief, to be honest. I went on such an emotional journey to get to the top of the mountain and finally win the title. Then I did it, and a lot of people didn’t know I was injured at the time. I had a really bad foot injury during pretty much my whole run, so I didn’t get to enjoy it that much. I’m 100 percent healthy now. To win it for the second time would cement my legacy in NXT as the Mount Rushmore on that list.

Have you finally gotten to go back to Disney since COVID?

Yes. We did! Thank god. We’re going back to Disneyland in September for Candice and I’s five-year wedding anniversary. So, all good stuff. 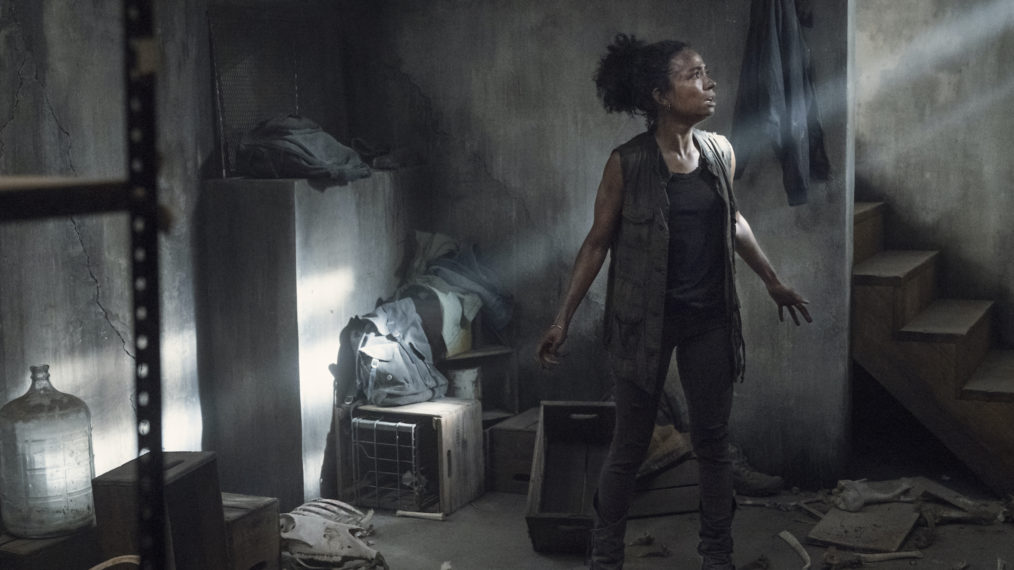 Buying American stocks in India: Here is how to start trading in US share market
2 mins ago