It’s common to talk about scene-stealers — performers who, allowed to go wild and blessed with the ability and fearlessness to do so, dominate whatever project they’re in. Jennifer Coolidge seems like that type of star: In HBO’s “The White Lotus,” the perennial character actress makes big, bold choices. But they’re so keyed into the story that show creator Mike White wants to tell as to seem inevitable. As the saying goes, Coolidge understands the assignment — and that’s what makes her work exceptional.

White has said that he had previously built a loopy, fantastical show around Coolidge, one that HBO passed on, before working her into “The White Lotus.” And while I hope we someday get to see Coolidge and White’s “Saint Patsy,” her work in the show HBO actually made — parceled out, a few scenes an episode — is perfectly paced and deployed, a deservedly big splash for a performer who, it seems, can do anything. On this show about a luxury hotel’s staff and its delusional guests, Coolidge plays a woman lost within her own privilege, a sense the performer goes on to turn inside out.

The other guests we meet — Connie Britton as a tech exec figuring out how to be with her family, Alexandra Daddario (no relation) as a trophy wife struggling with newfound enforced idleness in her marriage to Jake Lacy — know that they are among society’s winners. Not so Coolidge’s Tanya McQuoid, who, from the moment we meet her, produces a pained, sympathetic reaction. She’s bad vibes incarnate, visibly suffering from a million invisible hurts; receiving a craniosacral massage from Natasha Rothwell’s Belinda, Tanya seems to vibrate with joy at being tended to with the special care money can buy, the sort that can be so intimate as to feel like love.

Tanya’s sense of herself as a victim of circumstance is so palpable that her treating the spa employee as a peer can look like an overture of real friendship. Over the course of “The White Lotus,” Tanya tries to pull various characters into her orbit, and only Belinda — who could use the boost that Tanya’s money and interest seem to promise — is vulnerable enough to take her up on it. Tanya seems to promise that she will go in with Belinda on a wellness center, a way to reward Belinda for her good work and to give Tanya’s wealth a direction, too.

But Tanya’s attention falters and falls away, as in the penultimate episode when she’s more interested in talking to Belinda about a man than the business she’d promised her masseur. This is inevitable. But while it’s especially tragic for Belinda, who’s invested hope into a person who would never have delivered, Coolidge shows us what lies behind Tanya’s misuse of people. She’s shaped Tanya into a character of profound and deep loss, notably in a showcase scene where Tanya mourns her late mother even while acknowledging that she sees that same parent as a wellspring of abuse. Attempting to spread the departed’s ashes over the sea, Coolidge simultaneously passes the point of sense in her repeated wails to “Mother,” and presents a crystalline picture of a person who makes every decision through an obscuring sense of ongoing crisis.

After all, elsewhere, Tanya finds hope for renewal in a fellow guest — and she rationalizes her dismissal of Belinda practically without realizing she is doing so, trying to maximize her chances for a real connection. It’s a process we see play out in Coolidge’s face and hear in her voice as she tries, with a gracelessness informed by having been able to buy herself out of situations, to let Belinda down easy. And it makes a cruel kind of sense, all the more bitter because Tanya doesn’t realize that what she’s doing is wrong: She’s treating herself, after suffering so much! (And boy, have we seen how she’s suffered.) Coolidge has a special gift for letting the workings of the mind play out in conversation, especially one-sided conversation; with Belinda, she lets herself off the hook.

That she’s blind to the fact that Belinda has suffered in her own ways, as well as to their class and race differences, is the point of Tanya. She is movingly, vexingly blind to Belinda’s belief that it probably wouldn’t be appropriate to dine together, and as blind to the fact that ditching Belinda there later is less inappropriate than cruel. The complicated wonder of Coolidge’s work is that she makes it work. It’s not just that she makes it credible that a wealthy person would be fickle (duh): She shows us why Tanya managed to wring just so much hope out of a willing conversation partner, why she looked to be really promising, as a financier and as a friend. Tanya lacks guile — that’s why her eventual breaking away to do her own thing hurts so much, because Belinda can see it happening, as can we. But it’s also why, early on, she seems so open to share more than the customary cash tip with her new friend.

Sadly, though, Tanya’s depth of feeling for herself is matched by a painful incuriosity about others. That’s a common enough combination, but Coolidge lends it depth and dimension. It’s utterly credible that the character Coolidge plays doesn’t think of others, so consumed is she by the depth of her own grief. And her failure to transcend herself is genuinely sorrowful, in part because Coolidge lets Tanya, after she breaks out of her initial funk, be funny on purpose. Tanya can turn a phrase and be a good flirt and a fun hang; she’s, at her best, the warmest and most intriguing parts of Coolidge’s effervescent comic persona from films like “Best in Show” and “Legally Blonde.” (In those films, sunnier than “The White Lotus,” Coolidge played shy women whose ability to end up in on the joke came as a surprise.) Earlier, in protracted and crazed mourning, Tanya is still omnidirectionally charismatic, using extant humor and warmth, and her money, to draw unwilling bystanders in.

All of which would fatally unbalance “The White Lotus” were it a show with an ounce more Coolidge, perhaps. This performance is the show’s grandest by far. (It’s an exciting development for Coolidge fans who may have last seen her, effective but tamped-down, in last year’s “Promising Young Woman.”) And yet I’d argue it also does the most to advance the show’s subtleties. In all, “The White Lotus” has tended to be brutally direct in its depiction of endless venality among the rich. Britton’s and Lacy’s characters get backstory, but not a great deal, and their abuse of staff is relatively uncomplicated by ideas of potential friendship, or by much at all. While they seem constantly certain of their right to be accommodated, Tanya isn’t quite sure how to be at all. She wants something more from the hotel — for it to be a friend, a lover, a surrogate parent. And she expresses it in an ambient jokiness that we see is only covering for deep need — something more complicated than the show’s intriguing but somewhat thin pageant of class divide elsewhere.

The tragedy of Tanya, in the end, is that she cannot help herself: Keeping her attention on Belinda would be a nice thing to do, especially after all that has been promised. And it would also give Tanya a function, a tether to the earth. Yet she floats away. Coolidge’s performance is endlessly consistent — the need doesn’t get filled — and yet it manages to carve an arc out of a person whose entire life is designed around stolidity, around never changing.

Coolidge’s work here is special, and deserves to be remembered come awards season, and to beget more and even richer work. She has shown that, as a supporting player, she can do just that — support the ideas of a project with richly developed work that courts extremity while always serving the story. All the better that “The White Lotus,” in its next season, will feature new characters. This has been a complete performance, as richly developed as White might have dreamt. And next up, if cable networks show a bit of imagination and a willingness to see just how good this work has been, should be Coolidge’s headlining gig. 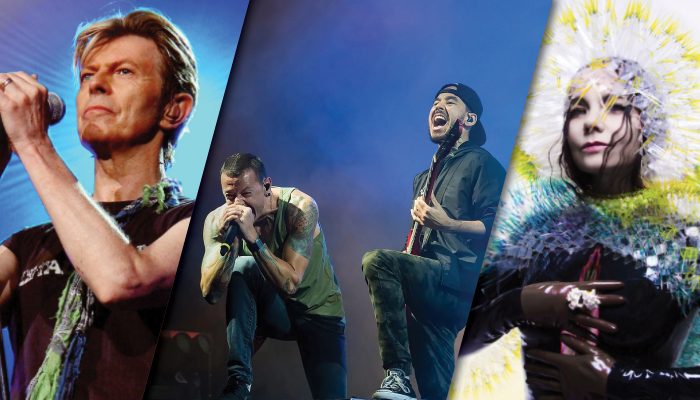 Looking to Take on a Mentee? Here’s What You Need To Be Crystal Clear About
2 mins ago 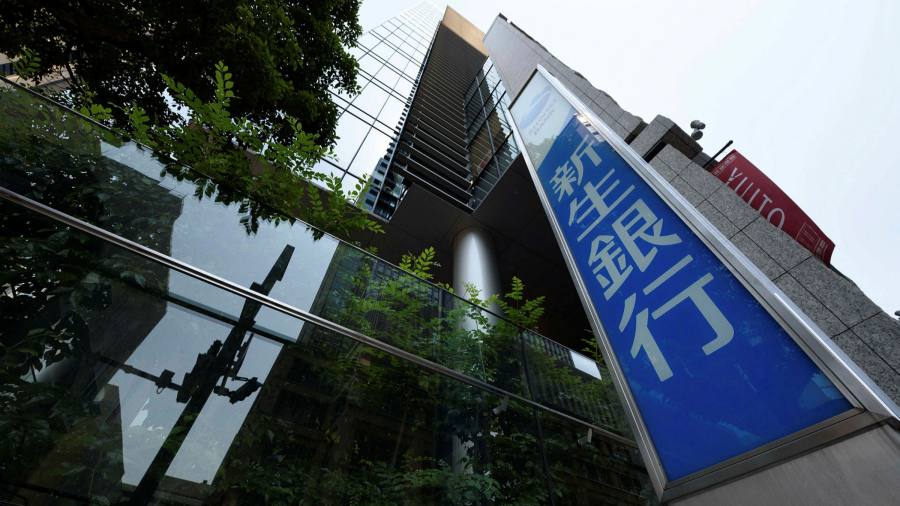 The Liberal who took a lone Calgary riding
7 mins ago 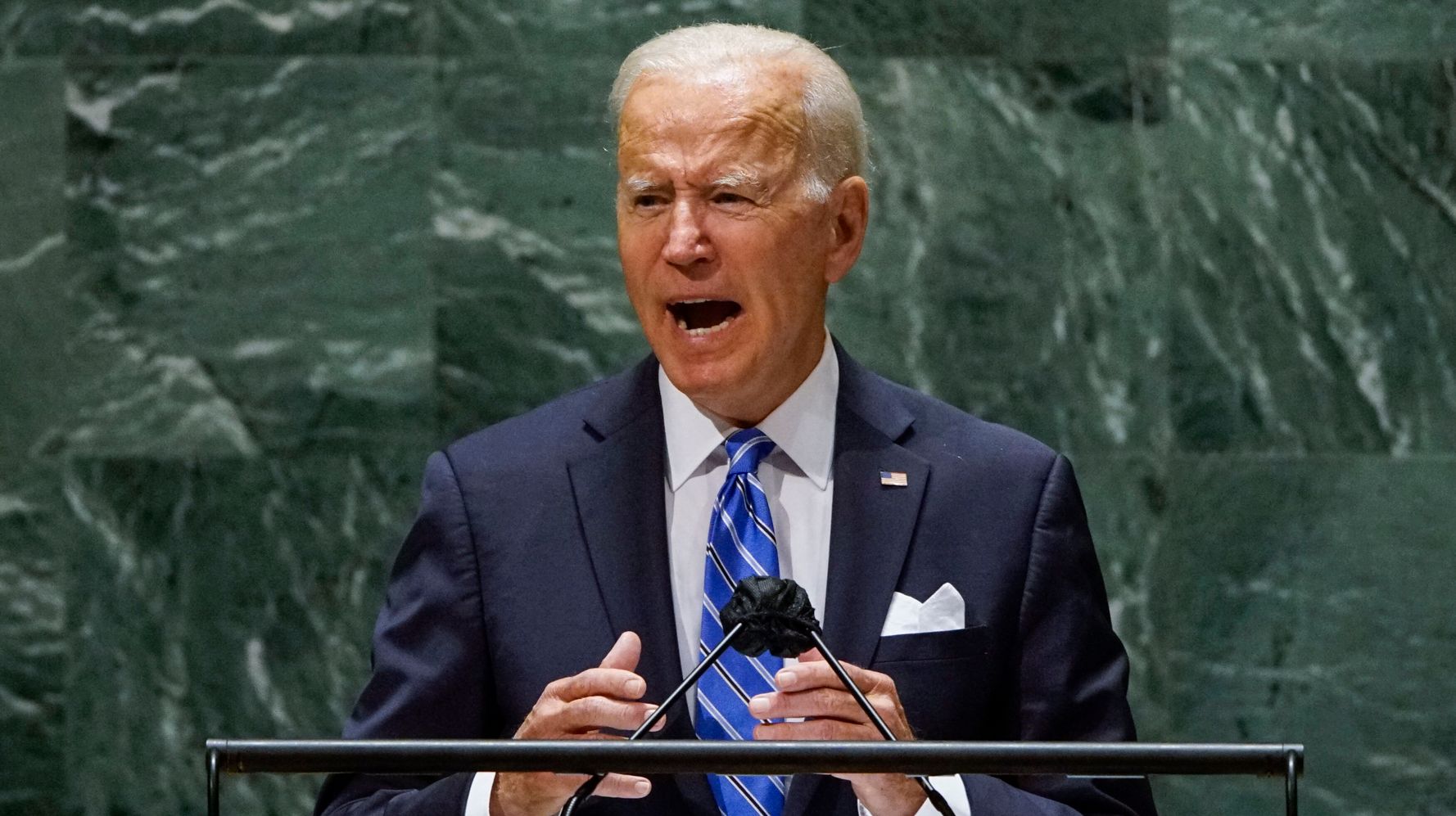