Making it to an in-person audition for “Jeopardy!” isn’t so much a personal accomplishment, the result of some combination of luck and smarts to pass a seasonal online test, but an opportunity. When you sit in that Culver City, Calif. hotel meeting room near Sony Pictures Television studio with other jittery hopefuls and take the 50-question test, when you click, click, click the simulator buzzers with fervor as you earnestly respond to the casting coordinators’ query about what you would do with your winnings, you know you are not just competing to be a part of a legendary trivia institution but for a chance to meet the man synonymous with “Jeopardy!” itself, Alex Trebek.

Now, that possibility is sadly no more. Trebek’s passing on Sunday at 80 from pancreatic cancer, as so many “Jeopardy!” fans will tell you, is akin to losing a family member. As comedian Hari Kondabolu tweeted, “Alex Trebek was a member of everyone’s family & his loss cuts across generations. RIP Uncle.”

Indeed, for so many of us, Trebek was that smart, perpetually bemused relative who over the years would spend countless evenings in your family’s living room, quizzing you on the most far-flung subjects in the most circuitous of ways, cheering when you got the answer right and taking good-natured jabs when you mangled a response or went on too long about your oddball hobbies. He embodied an impossible balance of being warm but also drily funny, respectful but at times silly, and once in a while completely, hilariously savage on stage. Moreover, Trebek was keenly self-aware of his stature as a pop culture icon while never marinating in the spotlight — despite having every right to do so after 37 years at the helm of the world’s most iconic trivia show.

“Part of what made him so good is that he really did walk the walk,” says Claire McNear, author of “Answers in the Form of Questions: A Definitive History and Insider’s Guide to Jeopardy!”, which will be released on Nov. 10. “He really did think that knowing all these obscure facts was important and just enjoyable. He really was the kind of funny, sharp, self-deprecating person that he seemed when he was behind the lectern each night.”

Even if, like me, you didn’t make it onto the show itself, watching a live taping of “Jeopardy!” was the next best thing. Trebek was an expert at moving the game along with scarcely a blip, essentially allowing each episode to air in its purest form without much editing. At a taping I attended at CES in Las Vegas around a decade ago, he spent downtime between each episode gamely answering audience questions. The fact that the man spent years — years! — patiently explaining to fans his facial hair choices was laudable in and of itself. (Trebek has said that he first shaved off his iconic mustache in 2001 “on a whim” before the last show of a two-day, 10-show taping streak.)

“When you were in the studio with him, you could see how much work he was actually doing,” says McNear. “It really was a lot like calling a sporting event, where it’s such a fast game — 61 clues in the game of ‘Jeopardy!’— and he really had mastered just the perfect pacing of his contestants, occasionally playing a straight man and and letting the contestants be the star, which they really were on ‘Jeopardy!’. Trebek always insisted on being introduced as the host and not the star, because he said the contestants were the stars.”

At one of his last public appearances, Trebek sat on a Television Critics Assn. press tour panel in January alongside executive producer Harry Friedman and returning champs Ken Jennings, James Holzauer and Brad Rutter to promote the “Jeopardy! Greatest of All Time” tournament. Trebek’s presence roused even the normally blasé, over-it TCA crowd of reporters and critics — who typically do not clap for anyone — to heartily applaud the game show world’s elder statesman.

When asked to reflect on the impact of his decades hosting the show, Trebek told the audience that day: “I hope I’ve been an influence for good, and an influence for the benefits of not minimizing the importance of knowledge in one’s life.”

For the millions of “Jeopardy!” fans who shout at the TV screen and pretend to buzz in from home every weeknight, Trebek’s warmth, humor and appreciation of trivia nerds everywhere have no doubt accomplished just that. 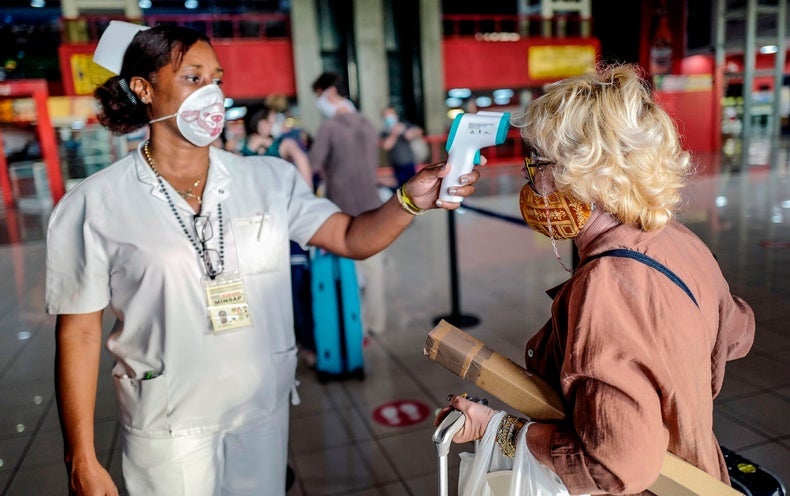 Fausto Puglisi On the Past, Present, and Future of Roberto Cavalli
3 mins ago

Fausto Puglisi On the Past, Present, and Future of Roberto Cavalli

How did the Houston Rockets not take back Jarrett Allen in the James Harden deal?
5 mins ago

How did the Houston Rockets not take back Jarrett Allen in the James Harden deal? 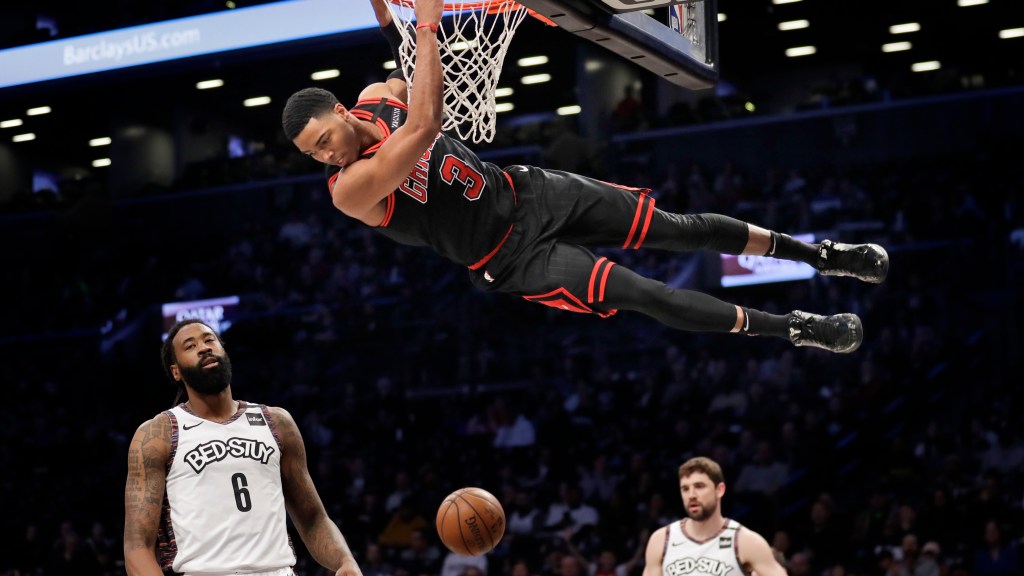 Shaquille Harrison would be a perfect signing for the Brooklyn Nets