[Warning: The below contains MAJOR spoilers for the 9-1-1 Season 5 premiere “Panic.”]

Los Angeles is facing a major crisis when 9-1-1 Season 5 begins: As a result of a ransomware attack, there are animals roaming around the city, phones are randomly calling 9-1-1, GPS apps are telling people to drive off a dock, there’s trouble at the air traffic control tower, and then a blackout.

Meanwhile, Sergeant Athena Grant (Angela Bassett) is facing a nightmare that hits much closer to home: the trial of the rapist, Jeffery Hudson (Noah Bean), who attacked her begins. But as a result of the ransomware attack, there’s a mix-up in scheduling, other defendants are brought to the courtroom, and in the chaos, Hudson escapes. What’s more: his lawyer slits Detective Ransome’s (Sasha Roiz) throat after he saves her from him!

Plus, firefighter Eddie Diaz (Ryan Guzman) ends up in the hospital, worried he’s having a heart attack. He’s not; it’s a panic attack.

TV Insider turned to showrunner Tim Minear to find out what’s next.

Tim Minear: You will find out very quickly in the next episode.

Poor Athena! She thinks it’s over, but her nightmare is about to possibly come true. What is it about Hudson that he has that fan club of women, including his attorney? Was she involved from the start or just lured in?

It’s a phenomenon that happens particularly when these guys are caught. A lot of the approach that we took with Hudson was based on Bundy, who also represented himself at trial and he had a whole fan club of women who would show up at the courthouse and who were falling in love with them. The more awful these guys are, the bigger following they attract.

What can you tease about what Hudson is up to and how Athena is going to handle it?

It becomes very, very personal for her by Episode 3. That nightmare that she has, as you say, in the first episode, really starts to come true in the next two episodes, and that it is very personal for both of them. Here’s a woman who was unapologetic about bringing him down and he has a real issue with women, to put it mildly. And so he does start to fixate on her and I think that she becomes his bête noire in a lot of ways, and it becomes very kind of mano-a-womano, if that’s even a term.

How’s Bobby (Peter Krause) going to handle it when he finds out Hudson’s free? He had to listen to her fight for her life during her attack.

Yes, that’s right, he did. The thing that Bobby has learned over the last couple of seasons is that Athena’s got to be Athena and she’s going to do what she’s going to do. And so instead of him doting and worrying, they are team Bathena at this point. He is rooting for her and he knows who he’s living with and he knows that she’s a hero and that’s the way it is. Eddie’s having panic attacks, and it seems like Ana’s (Gabrielle Walsh) role in the family is at least one of the causes, but he did also almost die a few months ago. What are all the contributing factors?

Obviously he has been through a big trauma that he was almost killed, but I don’t think that’s really the cause of his panic attacks. It really is, here’s a woman who’s terrific. But it’s that thing where you look up and you don’t know that you’ve asked for this thing. I think he’s panicking about that.

They may be getting serious, but there’s so much they still need to talk about: where they’re going, Christopher…

Yeah, it’s going to come to a head the next couple of episodes

Is Buck (Oliver Stark) going to push him until he opens up?

Eddie’s going to talk to Buck. Buck is the one who overhears that something’s going on with Eddie, and Eddie is going to open up to him about the panic attacks a little bit. We’re starting to see how Maddie’s (Jennifer Love Hewitt) doing, and we know she’s in therapy and taking medication.

Things seem to be a bit tense between Maddie and Chimney (Kenneth Choi). For how long will that continue?

Like I said, it’s going to take a big turn in the next two episodes.

Are we going to see Chimney torn between home and having to work in this crisis in the next episode?

What really happens is that these first responders are put on call 24 hours in a big crisis like this. So he’s very worried about her, but they’re separated, and so there’s going to be some repercussions to that separation.

It seems like Hen (Aisha Hinds) and Karen (Tracie Thoms) are just relaxing as everyone else is dealing with something. How long before that’s no longer the case?

Hen and Karen are good right now. One of the things we’re going to be exploring a little bit this year is a little bit more of Hen’s relationship with her mother because we love Marsha Warfield and we can’t get enough of her.

Buck and Taylor (Megan West) seem to be settling into a relationship, but their jobs are also very important to both. How is that going to affect things for them?

They are young, serious people with careers and I think they understand each other. I don’t know how serious it is. It can get very serious or it could be of the moment.

Will we see Buck in therapy more?

Not for a minute. Albert is on Nancy Drew. [Laughs] Albert passed his LAFD training and he’s in a different house and we will be checking in with him very shortly.

I’ve liked seeing May (Corinne Massiah) very settled at the 9-1-1 call center. What are we going to see from her this season?

We’re introducing another character into the call center, Claudette, played by Vanessa Williams, who was recently on Horror Stories. Claudette is a veteran 9-1-1 operator who’s gonna really challenge May a little bit and maybe trigger her a little bit, too, because May has some history with being bullied. So May will be challenged, but she’s going to come into her own even more.

I know that you’re looking at likely midseason for a crossover, when Lone Star returns. Any chance we’ll hear anything about the 126 on 9-1-1 before then? Because they do know each other and it’s always possible there could be a phone call or a visit…

There could. The question of if or when there will be a crossover is still very much in play. Hope that there can be. We’ll see.

But you don’t expect, because of the way the timelines would add up, any mention of the 126 before Lone Star?

It’s hard to say, because the 126 is in ruins at the moment and there’s going to be a little bit of a road back for the 126.

After starting the season in such a crazy place, I can just imagine some of the calls after.

What’s interesting is you can’t really top what you’ve done, [but] there are different things you can do. It’s just all about how creative one can get. Episode 4, for instance, has one controlling case, but there’s a very emotional, interesting story that it’s all built around. … [It’s] a very heartfelt emotional story about some of the people that we have to save.

What else can you preview about the season?

Episode 3 I’m very excited about, which is the culmination of the Athena thriller story with Hudson, which becomes, as I said, very personal. There’s some great stuff between her and Michael [Rockmond Dunbar] because you’re seeing those exes interacting in a way that we haven’t seen for a while. It’s almost a team-up between Michael and Athena, which is really refreshing and exciting. 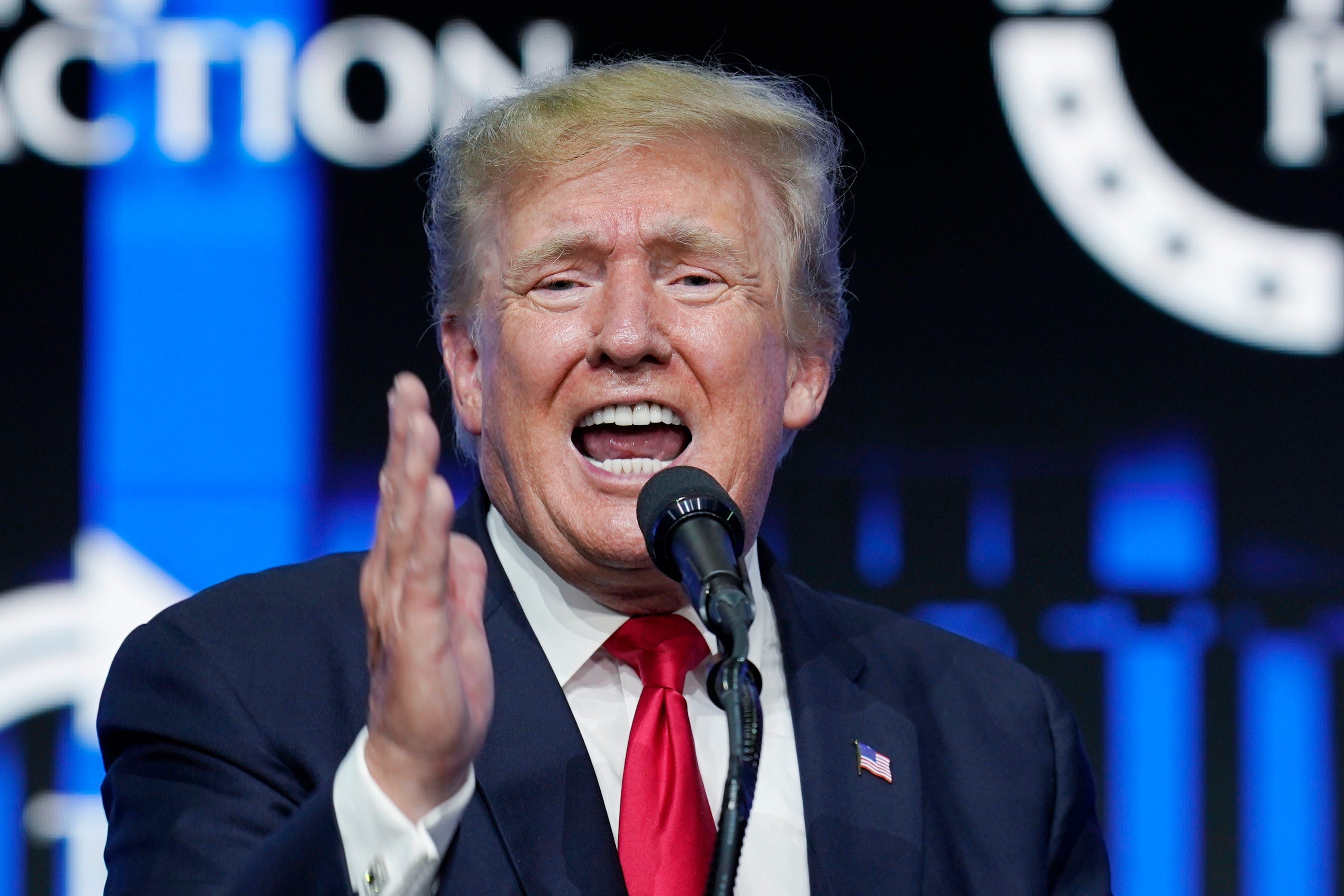 Erika Girardi Defends Herself During ‘The Real Housewives of Beverly Hills’ Reunion: ‘I Was Not in Control of My Finances’
4 mins ago

Council Post: Building An Unbreakable Team: The Role Of VR In An Uncertain Work World
7 mins ago

Council Post: Building An Unbreakable Team: The Role Of VR In An Uncertain Work World