KSI and YUNGBLUD chat about different stigmas in the music industry and discuss what it’s like fighting to be taken seriously as artists who built a culture and fanbase from social media. They also tease that they’ve been working together when they share a hilarious story about getting naked in the studio!

YUNGBLUD on getting naked in the studio:
YUNBGBLUD: “Bruv I’ve been in the studio with you, it’s just energy!”

KSI: “I mean you’ve got much more energy than me bro! You’re taking off your shirt and everything, you’re bouncing around.”

YB: “Bruv that was so funny, you were like ‘Dude are you getting naked right now?’, I was like ‘JJ, I don’t fancy you! It’s just a thing that I do!’ When I get excited, it’s just something I do, I just start ripping my clothes off!”

YUNGBLUD and KSI on building a fanbase from social media:
YUNGBLUD: “I relate to you as an artist who kinda built it [fanbase] as a culture instead of doing what the rulebook tells you to do.”

KSI: “Yeah.. well I mean there’s certain artists that just make tunes to try and go viral as fast as possible and try to get the success as fast as possible. Whereas for like us, we’ve done the groundwork and we’ve slowly built up our fanbase and created a very hardcore, dedicated amount of people who look up to what we say, look up to what we do, and are inspired by it. And essentially it gets us to a point where, whatever we do, we always have people beside us, who rock with us.”

YUNGBLUD and KSI on not taking ‘no’ for an answer:
YUNGBLUD: “With all the media and the music and the lads with the crusty suits and that. If your music becomes popular with people but they didn’t stem that popularity, they make it seen out to be not credible and kind of highlight where you came from very much. Like I know you started on YouTube bruv, I started on Disney Channel do you know what I’m saying and everyone to me was like, ‘He’s never going to get played on Radio 1’. And here we are on me BBC Radio 1 podcast!”

KSI: “I feel like when a lot of people tell you ‘no’ and say ‘you can’t do this, you can’t do that’, I feel like that’s a huge driving point for us man. That’s what gives us the boost to go ‘alright fuck you then, I’m going to keep going and I’m gonna prove you all wrong, I can do this’. Throughout the years… working on everything I’m doing, I’m working twice, if not three times harder than my peers.”

YUNGBLUD on artists not listening to music executives:
“If you’re a young artist out there, or you are a musician out there, and people are telling you that your way is not gonna cut it, or your way is too different, or too radical, or too strange, don’t listen to those people because often they are already chasing their tails. A lot of music executives are already one step behind because they are signing something that is current now. So if you’re listening to something that’s current now and trying to recreate it that, you’re already two steps behind.”

YUNGBLUD on his definition of Punk:
“A lot of stigma I face being a rock musician, is this new way of social media and connecting [to fans]. Someone said to me ‘would the Sex Pistols have been on social media?’ And to me in this generation, 100% yes. If you look at stuff like YouTube and TikTok and Instagram, there ain’t nothing more punk than that. Young people being themselves, that is the definition of punk to me. I think you’re [KSI] a punk, I think I’m a punk, I think Rosa Parks was a punk. Punk doesn’t mean I’m not going to wash for five days and smash the crap out of my instruments. It’s the definition of freedom.”

YUNGBLUD on KSI and The 1975 being in the race for the UK Number 1 Album:
YUNGBLUD: “What was hard to me bruv, was your debut Dissimulation went to number 2, and you were so close chasing The 1975, arguably the biggest band in the world right now, probably the biggest band, hands down, in the UK. And I bet they were shitting their pants!”

KSI: “They were definitely a bit like ‘ Yo! Who’s this random YouTuber that’s actually giving us a bit of a run for our money here?’”

KSI on the power of social media:
“Social media for me is the most important thing and I feel like it’s always been the most important thing because it just allows everyone to be so connected. It allows everyone to just come together so easy, whereas before there was quite a huge amount of separation. Back in the day man without social media, there was always these gate keepers that decided ‘You can go through, you can’t go through’ and it’s all about people they know!”

YUNGBLUD on shutting down a music executive at The Grammys:
“Some geezer comes up to me at The Grammys, this music exec and he had a bit of canape on his blazer, you know what I mean, I could see a bit of food on his blazer. And I’m looking at him like, I know what this conversation is gonna be before he opens his mouth. And he’s like ‘What’s the formula?’… almost looking at me like I cheated or did something crazy. And I just kinda looked at him, like you don’t know me, I don’t know you and I ain’t got any hate for you or anything, but I was just like, ‘Tell the truth, be who you are and don’t listen to people like yourself!’” Your Summer Balancing Act: Encouraging Time Off While Keeping Teams Engaged
1 min ago 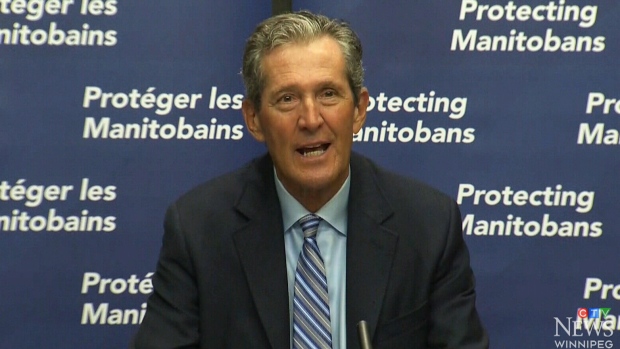 Pentagon confirms officer killed in attack outside building
6 mins ago