Chris Rock getting slapped upside the head by Will Smith was surprising, and definitely made the Oscars must-see TV. After Rock made a pretty lame and unnecessary jab at Smith’s wife Jada Pinkett-Smith’s buzzed hair (after she’d been open and vulnerable about her struggles with alopecia), Smith strode up on stage and welcomed Rock “to earth.”

Celebrities losing their cool on or near the stage isn’t new, and certainly not in the world of music. Awards shows are a pretty good catalyst for this. The invite list gives a chance for hot tempers to collide, often in defense of slights against wives or girlfriends.

The backstory from Ultimate Classic Rock: Motley Crue frontman Vince Neil was already livid at Guns n’ Roses guitarist Izzy Stradlin. Apparently, when Neil was whitewater rafting in Idaho a few weeks prior to the awards, Neil’s wife at the time (Sharise Ruddel) had a chance meeting with Stradlin at the Cathouse bar in L.A. — where Stradlin allegedly assaulted her.

Fast forward to the 1989 VMA’s where G n’ R was up for a couple awards and wound up winning one for Best Metal Video. Lo and behold, Motley Crue were tasked with giving out the award. Duff McKagan and Steven Adler, however, were the only ones that went onstage to accept.  Everyone was all smiles.

But Neil wasn’t finished. While the rest of the Crue left, Neil hung around for Stradlin and Axl Rose to wrap up their performance with Tom Petty to confront Stradlin. From Motley Crue’s The Dirt: “When Izzy walked offstage, looking like a cross between Eric Stoltz in Mask and Neil Young, I was waiting for him,” Vince Neil writes. “‘You fucking hit my wife!’ ‘So fucking what?’ he spat. All my blood rushed into my fist, and I decked him. I decked him good, right in the face. He fell to the ground like a tipped cow.”

Neil’s bodyguard jumped in before anything else happened. But then Axl took up for Stradlin outside. Axl came snarling after us like an overdressed Doberman,” Neil said. “‘Come on, motherfucker; I’m going to fucking kill you!’ he yelled at our backs.”

This started a ton of media peacocking between Rose and Neil. Rose slammed Neil, saying he threw a punch “like a powder-puff,” and offered to fight him. Neil then challenged to fight Rose. THEN… nothing happened.  This video below is a great recap of the aftermath.

MTV Video Music Awards served as a battleground once again as Kid Rock and Motley Crue drummer Tommy Lee engaged in fisticuffs during the 2007 awards show.

Pamela Anderson was the connecting force here, as she and Kid Rock had recently married (but were divorced at the time of the award show.)  Tensions finally boiled over as Kid Rock slapped Tommy Lee after allegedly overhearing Lee talking trash about him to Diddy. Kid Rock went on to punch Lee in the face before security separated the two.

Today reported, “A source who witnessed the event told Access Hollywood that Tommy Lee was sitting with magician Criss Angel. The two went over to see Sean “Diddy” Combs, who was seated in close proximity to Kid Rock. From MTV presenter Carson Daly: ‘From our vantage point it looked like Tommy Lee went over to say hello to P. Diddy ’cause Kid Rock was out of his seat, then Kid Rock came back to his seat and all hell broke loose.'”

Kid Rock was hit was a misdemeanor battery charge. The grainy video below is the raw footage of what the camera’s got, then after that Kid Rock court testimony of why Kid punched Lee.

Raw footage of Kid Rock vs. Tommy Lee at the VMAs

Kid Rock court testimony of why he punched Tommy Lee

Whomever is to blame, Machine Gun Kelly is lucky to have walked away with his frosted tips intact in this one.

Just last year the 2021 MTV VMAs (again!) were the site of another semi-brawl.

Machine Gun Kelly and Conor McGregor allegedly had a heated exchange when they encountered one another ahead of the show.

According to TMZ, the scuffle went down before the award show when McGregor approached MGK, who was accompanied by his girlfriend Megan Fox, to ask for a photo. Sources told them MGK said something, McGregor stumbled back, and then allegedly threw his drink at MGK. Photos from the encounter appear to show their teams and security stepping in to separate the men before it got ugly.

Variety asked the rapper what happened and MGK declined to answer. Instead, he bopped the microphone and walked off as Fox offered a brief explanation: “We’re not allowed to say,” she said.

McGregor’s publicist denied anything happened, saying “Conor only fights fighters,” but photos of the incident and the video below suggest that something obviously happened. 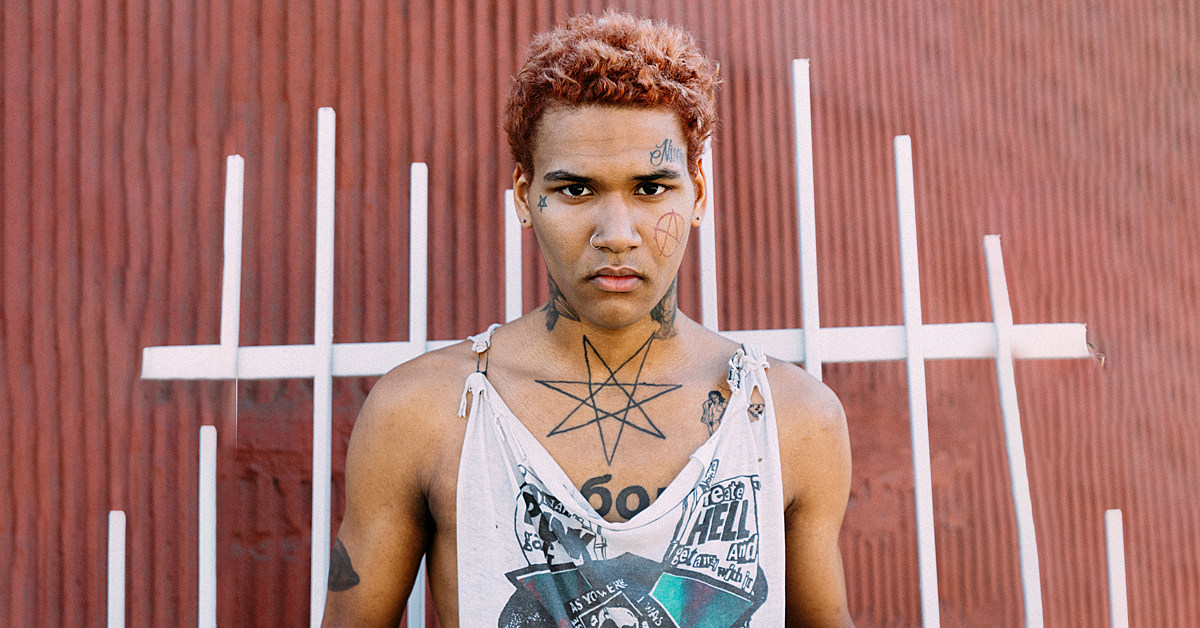 Rémy Martin Teams Up with Billboard and VIBE to Toast Excellence