The Ledger is a weekly newsletter about the economics of the music business sent to Billboard Pro subscribers. An abbreviated version of the newsletter is published online.

Sony’s annual investor presentation was a rare opportunity for Rob Stringer, chairman of Sony Music Group and CEO of Sony Music Entertainment, to go on record on the important financial issues of the day. Any analyst or investor listening in got some helpful insight into Stringer’s thinking about how Sony spends money and what will account for future revenue growth.

Stringer’s presentation recapped Sony Music’s fiscal year ended March 31, 2022, as well as its double-digit growth over the previous five years. Revenues were up $3 billion since 2017, profit margins have improved and streaming now accounts for 70% of total revenues. Sony had a busy year in terms of acquisitions: Brazilian label Som Livre, artists services platform AWAL, Alamo Records and the remaining share of Ultra Records, among others. Those deals, along with its chart success, helped SME improve its U.S. market share from 23.2% to 24.2%, according to Luminate, and maintain the top spot in Billboard’s Publisher’s Quarterly rankings for radio and Hot 100 market shares.

From a financial point of view, the presentation and Q&A session provided three major takeaways about Sony’s investments and growth expectations.

Not Getting Carried Away with Catalog Acquisitions

Sony Music is choosy in its catalog acquisitions and closed “about six” deals across recordings and publishing, Stringer said on Wednesday. Stringer’s comments were meant to ease any analyst or investors’ concerns that Sony is getting caught up in a mad rush to acquire intellectual property. Music executives routinely field questions from analysts who see valuations skyrocketing and wonder if companies are going to get a fair return on their investment. The first question Stringer addressed was about Sony’s capital allocation to catalog deals and their expected return.

“This is not a sort of flippant response to the market,” he continued. “It would be clear cut that we are interested in retaining the catalogs of our key cornerstone icons — at the right price. We have an enormous amount of data on those catalogs. So, we think we have [an] inside track…I think we’ve been really careful on this. We’re not starting a brand new business where we’ve never represented catalogs before, but we think the margins are good and therefore it’s boom time. We have an enormous amount of research and development on the artists we’ve done long-term catalog deals with and that will continue in the future.”

Streaming Prices Could Rise, But…

Much of the value of today’s music business is predicated on how much the streaming industry will grow in the coming decade. Analysts and investors build their forecasts using two main drivers: subscription growth and pricing change. There’s universal consensus that emerging markets provide opportunity for subscription growth – albeit at a lower price than established markets. And there’s evidence from Spotify’s limited price increases that established markets can withstand higher prices without leading customers to cancel their subscriptions. But Stringer noted Sony doesn’t set the prices. “That’s down to the [digital service providers], not us,” he said. “Do we think the market and the mature markets can withstand pricing increases? We do.”

Universal Music Group chairman/CEO Sir Lucian Grainge made the same comment during UMG’s first quarter earnings call on May 3 – without commenting on DSPs’ ability to raise prices. “We have to be aware that the DSPs directly determine how they price,” he said. “Any questions with regards to pricing are going to have to be directed at them. We can’t comment.” Labels can influence prices, however. After all, they negotiate the licensing terms that influence the prices the DSPs can reasonably set. If a DSP is going to maintain a decent margin – and Spotify is constantly under pressure to improve its margins – it can keep prices only so low. Publicly traded music companies also wield soft power by using a pulpit such as investor presentations and earnings calls to discuss matters such as pricing.

A bucket of new revenue streams that Sony Music calls “growth platforms” gave the company about $500 million annually, up from $400 million a year earlier. “[W]e] see social, fitness, gaming, all these are revenue models that we see increasing dramatically,” said Stringer. Social platforms include TikTok and Snapchat. Gaming platforms include Roblox and Fortnite. A slew of fitness apps (Peloton is the best example) produce streaming royalties. Sony includes Web3 in its growth platforms bucket, too, although NFTs and the metaverse are in their early stages and don’t generate much revenue yet. Combined, these revenue streams are small compared to Spotify, Apple Music, YouTube, Amazona and the other major streaming platforms that now dominate the business. But the important question is always, “What’s next?” At half a billion dollars a year and growing, this bucket is proof that labels and publishers can look beyond traditional streaming for substantial revenue growth.

Through May 27, the % change over the last week, and the year-to-date change. 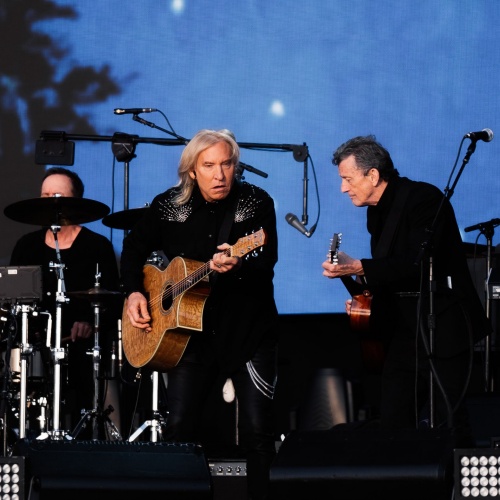