The Ledger is a weekly newsletter about the economics of the music business sent to Billboard Pro subscribers. An abbreviated version of the newsletter is published online.

How does HYBE survive financially while BTS goes on break and its members pursue solo projects? Since HYBE can’t replace BTS, it will need to recreate the group — financially speaking.

In the 2011 movie Moneyball based on Michael Lewis’s best-selling book, Oakland A’s general manager Billy Beane (portrayed by Brad Pitt) was faced with a quandary: The budget-minded, small-market team was losing two of its two best players to wealthier teams. Beane knew he couldn’t afford to replace such productive players with two similarly effective players. His solution: recreate them “in the aggregate,” as he told his disbelieving staff. Rather than pay two superstar salaries to recapture the lost scoring power — which his owner wouldn’t approve — Beane wanted to sign affordable players that could collectively replace the scoring of the two lost players.

HYBE, the South Korean K-Pop music company, is facing a moneyball moment now that BTS has decided to go on a “temporary break” or “hiatus.” How does a company built on one act replace lost revenue when that act takes a break? HYBE can’t replace BTS. But just as Beane found alternatives to filling lost production, HYBE will use multiple artists to recreate BTS in the aggregate.

Still, while the A’s lost only two of nine starting players, HYBE is losing an act that has historically represented most of its revenues. One analyst estimates BTS’ share of HYBE’s revenue was 60% in 2021, down from 85% in 2020, after HYBE acquired Ithaca Holdings in mid-2021.  That percentage will be even lower in 2022 since HYBE’s 2021 financials had less than a full year of Ithaca revenues. Twelve full months of revenue from HYBE America — which houses artist management and Big Machine Label Group — will further strengthen HYBE’s income statement.

Recreating BTS in the aggregate doesn’t require starting from nothing. HYBE has not completely lost BTS. The group will continue to generate revenue for HYBE through sales, streams, licensing, merchandise, fan clubs and other revenue streams. Given the power of the group’s fans, known as ARMY, to get BTS releases top chart positions, even a BTS compilation of unreleased tracks and remixes could easily reach the top of charts in the U.S., Japan and Korea. Proof, a BTS retrospective released on June 10, topped the Billboard 200 album chart despite having only three news tracks.

How well HYBE plays moneyball depends on its ability to create global hits with the seven members’ solo projects. The best-case scenario is success that mirrors the post-Beatles solo careers of John Lennon, George Harrison and Paul McCartney — three out of four is a remarkable success rate. But history is not on HYBE’s side. Boy bands usually produce one standout star while the other members find more modest success. One Direction produced Harry Styles — but no other lasting successes. *NSYNC launched Justin Timberlake — and no other major breakout stars. Michael Jackson was the lone solo success from the Jackson 5. Neither the Backstreet Boys nor the Jonas Brothers produced solo projects that rivaled the success of those groups.

It’s entirely possible that HYBE could cobble together BTS-like sales and streams from three or four solo projects. J-hope will release a solo album in mid-July, according to reports (HYBE has not announced a release date). Jungkook collaborated with Charlie Puth on the track “Left and Right” from Puth’s forthcoming album and has talked about an upcoming solo album for more than a year. Suga plans to release a solo album. Jimin, who scored a Billboard Global Chart hit in May with “With You” (a collaboration with Ha Sung-wood) and V alluded to solo music projects but have not provided specifics or release dates. HYBE shouldn’t have a problem stirring up interest. A recent Billboard poll showed BTS fans are most eager to hear music from Jimin (28.1% of respondents), Jin (22.2%) and V (21.5%). J-Hope, Suga and RM each captured fewer than 5% of votes.

Maintaining recorded music revenues is one thing but replacing concert revenue is a potentially more challenging task. In 2019, BTS ranked No. 3 on Billboard‘s Boxscore year-end tours list with a $196.4 gross from 1.6 million tickets sold at 42 dates (that’s over 38,000 tickets per show).  Touring stopped in 2020 because of the pandemic and produced limited revenue in 2021. Now, with the potential to sell out stadiums in markets around the world, BTS is sidelined while artists are clamoring to tour, and music-hungry consumers are paying record amounts for tickets. HYBE acts Tomorrow X Together and Seventeen will tour in 2022 in arenas and large theaters, not stadium-sized venues. It’s plausible that BTS solo acts would perform at similarly sized venues (arenas/theaters, not stadiums), too. But given the nature of touring – where high fixed costs reward larger scale – 50,000 tickets from four or five arena shows don’t equal 50,000 tickets from one stadium show. BTS is a massive draw for HYBE’s livestreams, too. The Permission to Dance on Stage – Las Vegas on April 17 was viewed by 402,000 people in 182 countries/regions — twice as many as witnessed the four concerts at Allegiant Stadium in person.

The comparisons of BTS with baseball only go so far, however. Beane had a good idea of how players would play based on their past performance. But baseball statistics are a lot more straightforward than predicting the success of musicians and recorded music, and history might not provide much guidance here. Many bands have gone on hiatus. There’s a proven track record of boy band members going solo with some success. But there’s never been a band like BTS, a fan base like ARMY or a music company like HYBE.

Through June 24, the % change over the last week, and the year-to-date change. 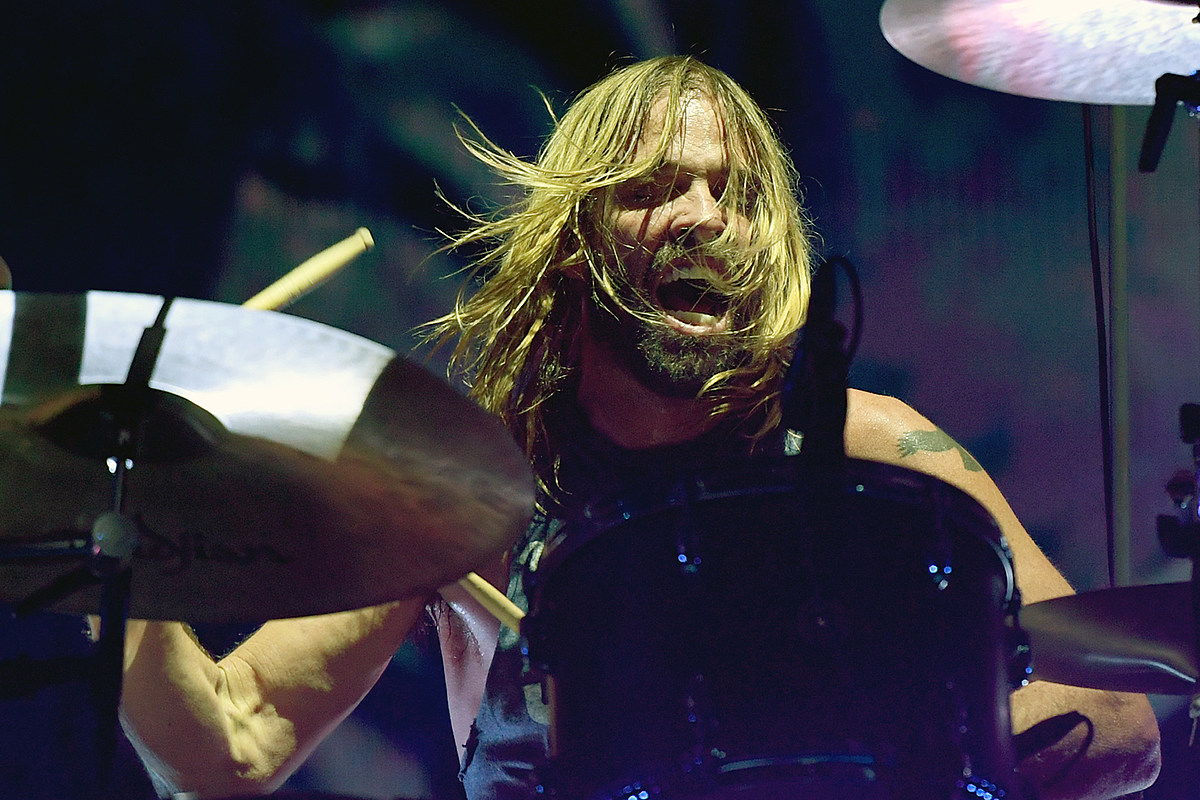 After Rekindling Friendship with Tom DeLonge, Mark Hoppus Says He’s ‘Open to Whatever’ For Blink-182