Sophie’s music oversaturated, overtook, and in my earliest listenings, it stirred something within my body that I didn’t know existed or, perhaps, didn’t yet have the courage to acknowledge. Even before the Glasgow-born producer introduced herself to the world, the sound she developed in anonymity, though entirely computer-generated, had a distinctly visceral quality: It snapped like a rubber band, oozed like melting plastic, fizzed like shaken soda. Each single was illustrated with an appropriately artificial graphic of monochromatic tubing, while high-pitched, high-speed vocal modulations suggested that the womanhood she synthesized could be bought, manufactured in a lab, or ripped from a hard drive.

I was just beginning to toy with feminine pronouns when, after leaving a job where my neutral ones weren’t respected, a writing assignment brought us together. My cover profile in Out magazine’s end-of-year issue would name Sophie Xeon “Artist of the Year” and celebrate her banner 2018, including the release of her only full-length album Oil of Every Pearl’s Un-Insides, which was nominated for a Grammy the following year, and capped by her first headlining tour. I remember standing in the crowd at her Brooklyn Steel show, watching as she slowly took the stage, wrapped in skintight latex like a doll waiting to be removed from its packaging, wheeling her synth on a stand. The immense power she wielded, commanding a packed warehouse to quiver with the touch of a button and the repetitive, mechanized cry of “Take Me to Dubai.” Sophie regularly tested out new music while performing, she would tell me; this was one of numerous tracks she never saw formally released.

When we spoke three days later, it was almost exactly one year to the day that she appeared publicly for the first time in the video for the earnest ballad “It’s Okay to Cry.” Prior to that, many who were curious about her background presumed the masculine pronoun, including The New York Times and Rolling Stone, as she avoided photographs and enlisted stand-ins to perform in her place. When she did play live, it was from behind the thick, dim haze of a DJ booth. So imagine the impact when, after years of being derided in the press and by fellow artists for “feminine appropriation,” here she was, ditching the signature saccharine modulation for her naturally lower vocal tone, naked but for a cherry pout. And I recognized her; she looked like us. She told me later it was “just a time when everything aligned,” though it seemed less a matter of coming out in the traditional sense than stepping into view. “It’s not a totally natural state of being for me to be visible,” she said. “But it’s something I’m learning a lot from — it can be helpful and nourishing to feel embodied.”

But for those who listened closely, or perhaps those who were always meant to hear, Sophie’s music sounded trans all along. I began taking estrogen and testosterone blockers a little over a year after our interview, and if my own experience has taught me anything, it’s that transition, despite what some simplified media narratives might have you believe, is not about the here or there, the before or after, but the process of becoming, the generative possibilities that exist in the ability to alter your physical self to meet your core, and the changing relationship to the body that inevitably comes with it. I heard that potential in the yearning lyrics of “Immaterial,” the gummy clanking of “MSMSMSM,” the cyborgian erection described in “Hard.” “Faceshopping,” to be sure, was for the girls. Sophie was a self-taught musician, yet she built her own universe from digital particles, a “whole new world,” as one track that repurposed the theme from Disney’s animated Aladdin suggested. I think that’s what Sophie meant when she told Paper that “God is trans.”

After a tragic accident in Athens in the early hours of Saturday (January 30), Sophie died at the age of 34. “True to her spirituality,” her publicity company Modern Matters wrote in a statement, “she had climbed up to watch the full moon and accidentally slipped and fell.” Reading the news felt as surreal and jarring as her music often did. It sent waves through the industry, with fans and collaborators weighing in on social media to express their shock and condolences. FKA Twigs described Sophie as “a star of our generation,” while Finneas wrote that “I found myself so consistently inspired by her and in awe of her production.” But perhaps this was might be another transition — what bearing could the human form have on a spirit who has already mastered it? I looked back at my interview transcript after waking up to the news. “This medium, your relationship with it can change,” I remember her telling me, “your physical self.”

What cannot be changed nor overstated is the immensity of Sophie’s impact on contemporary pop. She began to reveal her extreme, bubblegum interpretation of electronic music via the mysterious label Numbers in the early 2010s, during peak dubstep era. But in just a few years, her production would shape the sound of the biggest artists in the world: from the revving sounds on Charli XCX’s “Vroom Vroom” to Nicki Minaj’s collaboration with the original material girl, “Bitch I’m Madonna.” Her early work with A.G. Cook and the influential London label PC Music gave rise to an entirely new genre. What we now know as hyperpop — an umbrella for the transgressive maximalism of artists like 100 gecs, Rina Sawayama, and Dorian Electra — is a direct descendant of Sophie’s pioneering vision.

Less than a week prior to the accident, uploaded to Sophie’s YouTube account was a paired-back version of the track “Bipp” by the British duo Autechre, who were major inspirations to Sophie and the only artists she would allow to remix her work; the quiet release of the heavy, pulsating song “Unisil” followed suit a few days later. Maybe Sophie was finally ready to release the music she tested at Brooklyn Steel those years ago, though that cannot be known. But what can still be felt and heard is her genius and far-reaching influence. For Sophie, pop music was the greatest communication tool of all, able to reach anyone, in any place, without words. Her work pushed the boundaries of industry and genre, and along the way, blurred the barriers between artificiality and reality, ultimately highlighting the power of the self-made, whether a novel concept or a newfound identity. For me, it sounded like the future. 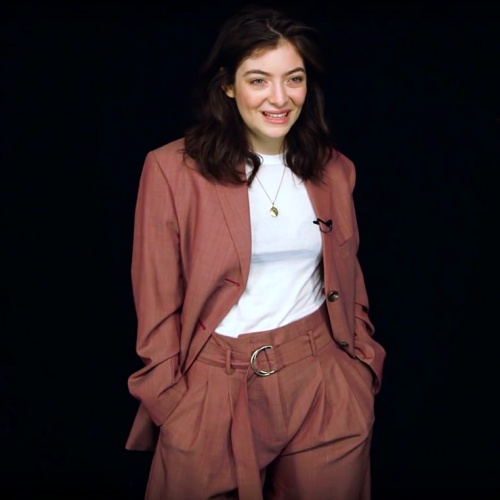 Lorde: ‘I really wanted to capture something so specific about the New Zealand summer’ 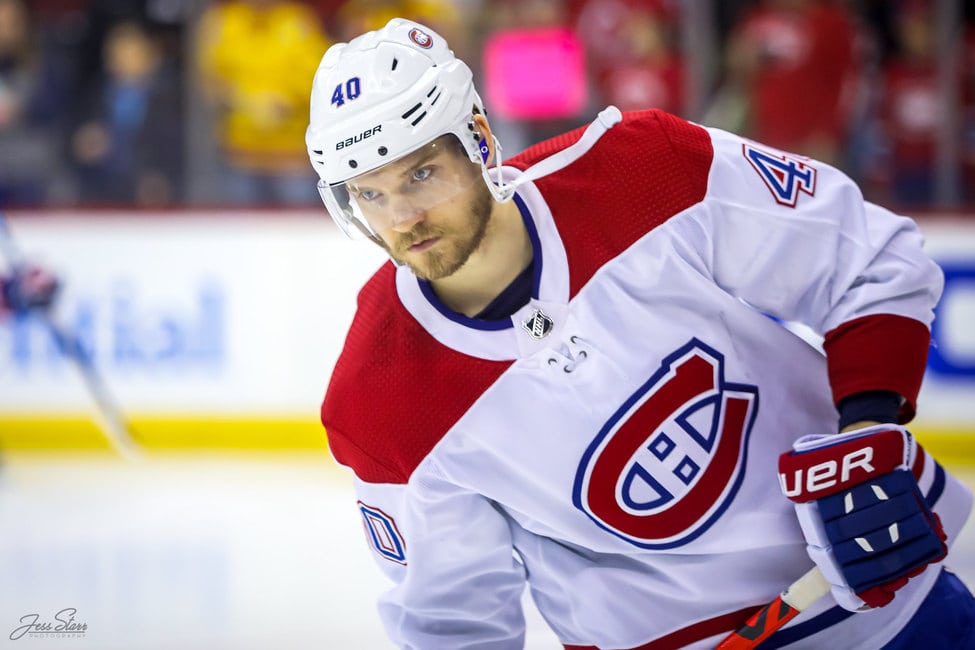 Montreal Canadiens: The Case for Habs to Re-Sign Joel Armia
18 seconds ago

We should have not played’ – Denmark were ‘wrong’ to restart Finland clash after Eriksen collapse, admits Hjulmand
1 min ago 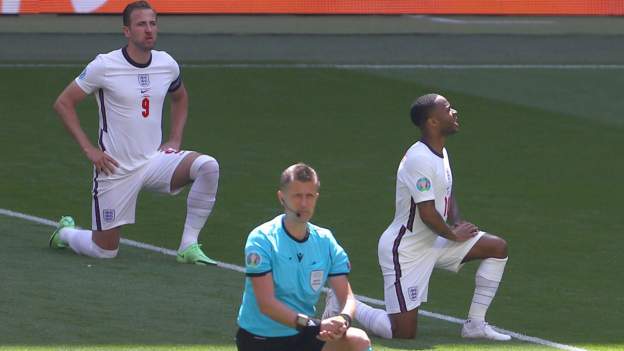 Boos drowned out as England take a knee
6 mins ago

Boos drowned out as England take a knee 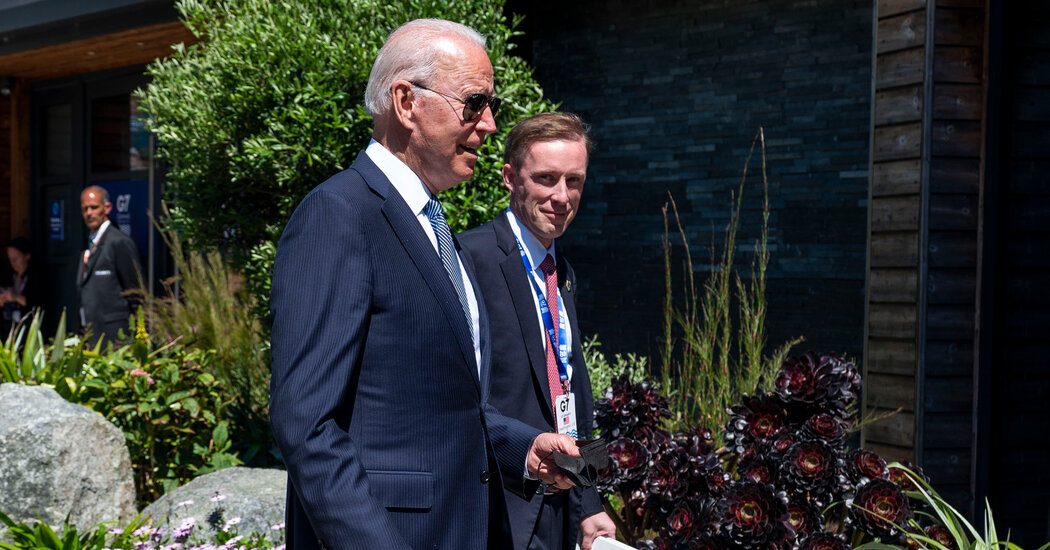