The stacked Portola festival debuted in San Francisco over the weekend (Sept. 24-25) at the city’s Pier 80, an industrial shipping site located on San Francisco Bay. The event, produced by Goldenvoice, hosted a lineup of greats, including The Chemical Brothers, Flume and Charlie XCX, along with upwards of 30,000 attendees per day, who gathered under sunny skies for two days of dancing.

We were there for the event, and while catching everything on the bill was a physical impossibility, these are 17 key events we witnessed over the weekend.

Yes, The Crowd Rushed: Portola made less than stellar headlines over the weekend after a large crowd of people rushed an entryway while trying to get into a Saturday evening set by Fred Again happening in Portola’s enclosed warehouse stage. Video shared to social media of the incident showed members of the massive crowd, which had bottlenecked at the GA entrance at around 5 p.m., jumping over barricades while attempting to gain entry into the space. The incident, which multiple witnesses noted did indeed look intense, was brought under control by security, with festival parent company AEG calling it a “minimal, isolated issue” and noting “there were no reported injuries and the festival continued for another six hours without incident.”

Then It Got Back Under Control: In response to this incident, Portola organizers adjusted entry into the Warehouse stage on Sunday, directing the general admission crowd through a wider doorway. While the line to get into the Warehouse often snaked around the building, those who stood in this queue reported reasonable wait times. With the acoustics proving tricky inside this space — a massive, metal warehouse — the sound was also better in parts the GA area than in most of the VIP zone.

Kaytranada Channeled he Pop Divas: The producer kicked off his Saturday night mainstage set with a sample of Junior Vasquez’s 1996 classic “If Madonna Calls,” with the track’s sassy declaration “If Madonna calls, I’m not here” blasting through the speakers in the first of several pop icon references. Kaytra, who spent much of the summer opening for the The Weeknd on his After Hours Til Dawn Tour, was relaxed, confident and mega-swaggy on stage, getting down behind the decks and bringing Rihanna into the mix when he played the Four Tet edit of RiRi’s “Kiss It Better.” He then took things to another level with his own hot as hell edit of Janet Jackson‘s already hot as hell 1993 classic “If,” which Kaytra noted is getting an official release in the near future. “Coming to Spotify soon,” he announced to the crowd. “We’re working on it.”

James Blake Turned 34: The UK producer performed on the mainstage Sunday night, on the tail end of his 34th birthday. Delivering a deep, sexy, transportive set packed with A+ material including “Before,” “Mile High” and “Retrograde” (the latter of which sent many in the crowd into a state of full swoon), the Libra legend once demonstrated that he has one of the most exquisite voices in modern music. Late in the set the huge crowd — in a collective voice somewhat less exquisite — sang “Happy Birthday” to Blake, with the producer responding “Thank you so much. I’ve made a wish. As is customary, I can’t tell you what it is.” Later, at a festival afterparty hosted by L.A.’s esteemed party brand A Club Called Rhonda, Blake performed a b2b DJ set with Channel Tres, who, around 1.a.m. led the crown in a second “Happy Birthday” serenade. “Let’s turn up for James y’all,” Tres commanded, and we did.

The Chemical Brothers Dominated: Good lord. Demonstrating their status as all time icons and one of the single greatest influences on electronic music as a whole, The Chemical Brothers left the crowd in a state of jaw-dropped awe after their Sunday night mainstage set, which kicked off with their 1997 classic “Block Rockin Beats” and then essentially grabbed everyone in the audience by their necks and didn’t let go for the next 90 minutes. The duo careened through a set that was alternatingly heavy, ravey, aggressive, celestial and psychedelic, with the accompanying visuals (including pair of massive robots that hung from the stage for a portion of the show) serving as delicious, delirious, artful and often absurdist eye candy to soundtrack songs including “Eve Of Destruction,” “Hey Boy Hey Girl,” “Got To Keep On,” “Swoon” and “Push The Button.” Shouts out also to the pair of ASL interpreters that signed not just the lyrics, but the beats themselves.

The Fog Rolled In: None of Portola’s four stages/tents spewed fire, confetti or cryo, but SF’s climate delivered the special effects via a fog bank that rolled in on Sunday evening, just in time to shroud The Chemical Brothers’ set in a light mist that made an already out of this world moment that much more surreal.

Hardwell Made An Appearance: The Dutch producer (currently on his Rebels Never Die tour) wasn’t on the Portola lineup, but he did play a show at San Francisco’s Bill Graham Auditorium on Saturday night before showing up at the Portola afterparty at club Monarch, where he hung out in the VIP section during a set by Hot Since 82.

The VIP Section Sprawled: The Portola mainstage featured what was the biggest VIP section we’ve ever seen, with a huge amount of square footage on stage right staked out for the fest’s high rollers. (Two levels of ticketholder could access this space, the KIPS — Kinda Important Persons, who could only go into the VIP area at the mainstage, and the VIPS, who could enter VIPs spaces at all stages.) This mainstage area provided ample space to spread out and dance, a luxury indeed.

Things Got Super Ravey: With ’90s rave style as a current fashion trend, several of the pioneers of rave culture itself gracing the lineup and a generation of producers inspired by these veterans also on the bill, Portola often looked and sounded like the kind of mythical ’90s underground parties that a lot of us missed the first time around, with loads of furry hats, lots of smiley face t-shirts, bug-eyes, lollipops and several pairs of actual JNCOs spotted in the crowd. The attendees, a healthy mix of of young people and people who looked old enough to have been there during the old school days, also helped facilitate this throwback vibe.

An Industrial Ambience Prevailed: Literally. While the lineup itself didn’t err too heavily into techno, the site — a functioning shipping populated with looming steel cranes, giant warehouses and a massive ship — created a cinematic, dramatic, industrial atmosphere upon which views of the San Francisco skyline served as an extra flourish . While walking around on concrete all day was tough on the knees and feet (yes, we are succumbing to the ravages of time) the relatively small site footprint made it easy to get back and forth between stages and maximize time, although there was a bit of sound bleed between the Ship Tent and the nearby mainstage.

Channel Tres Got Down: There’s much we could say about the hugely talented singer/rapper/producer, who played a Sunday evening set in the Warehouse, but for now we’ll just note that the dance moves executed by him and his four dancers — all dressed in various styles fo shimmery silver — were genuinely exhilarating to watch.

San Francisco Partied Harder, Looser and Nicer: San Francisco has always been a great city in which to get loose, with the city’s relatively small size making it easy to navigate, its bars on every block and its longtime affinity for dance music. The vibe at Portola was an extension fo this Bar Area vibe, with the crowd demonstrating a sort of groovy, unpretentious looseness (i.e. everyone dancing their asses off with joyful abandon) not always experienced at festivals elsewhere. This unstuffy vibe was also exemplified by the friendly crowd, with the 21+ rule also creating a generally less messy vibe that sometimes witnessed at all ages and 18+ events.

Fatboy Slim Played Barefoot: As is his custom, the UK legend played his Saturday night set san shoes, which he does in order for comfort and to be able to dance better. His set included his own all-time hits including “Star 69,” “Praise You” and “Rockefeller Skank,” along with currents hot tracks including Fred Again..’s “Jungle.”

The Merch Sold Out: Festival organizers reported that every last Portola branded hoodie, hat, t-shirt, tote bag and poster sold out, largely after day one. This run on merch was no doubt helped by Saturday’s chilly temps paired with a cold wind off the Bay that necessitated that everyone who didn’t bring layers buy them. Shout out also to the loads of attendees who also just bought blankets from the festival’s general store to wrap themselves up in.

Four Tet & Floating Points Brought Us Home: For the last show of the weekend, the duo (and pals) did a b2b set in the Crane Tent (otherwise known as the tent with the like, 15 disco balls hanging from the ceiling.) Four Tet was wearing a tie-dyed t-shirt, the packed crowd was going for it, and onstage fellow artists including Justin Martin and Peggy Gou (who had just slayed her own set on this same stage) crowded around to watch these masters at work.

DJ_Dave Kept It Going At The Afterparty: The rising algorave artist played the side room at the Sunday festival’s night afterparty at nearby venue The Midway, and kept the vibes hypnotic and super ravey for the packed crowd getting down until the early hours of Monday morning. Taylor Swift Directs ‘All Too Well: The Short Film’ in Behind-the-Scenes Video 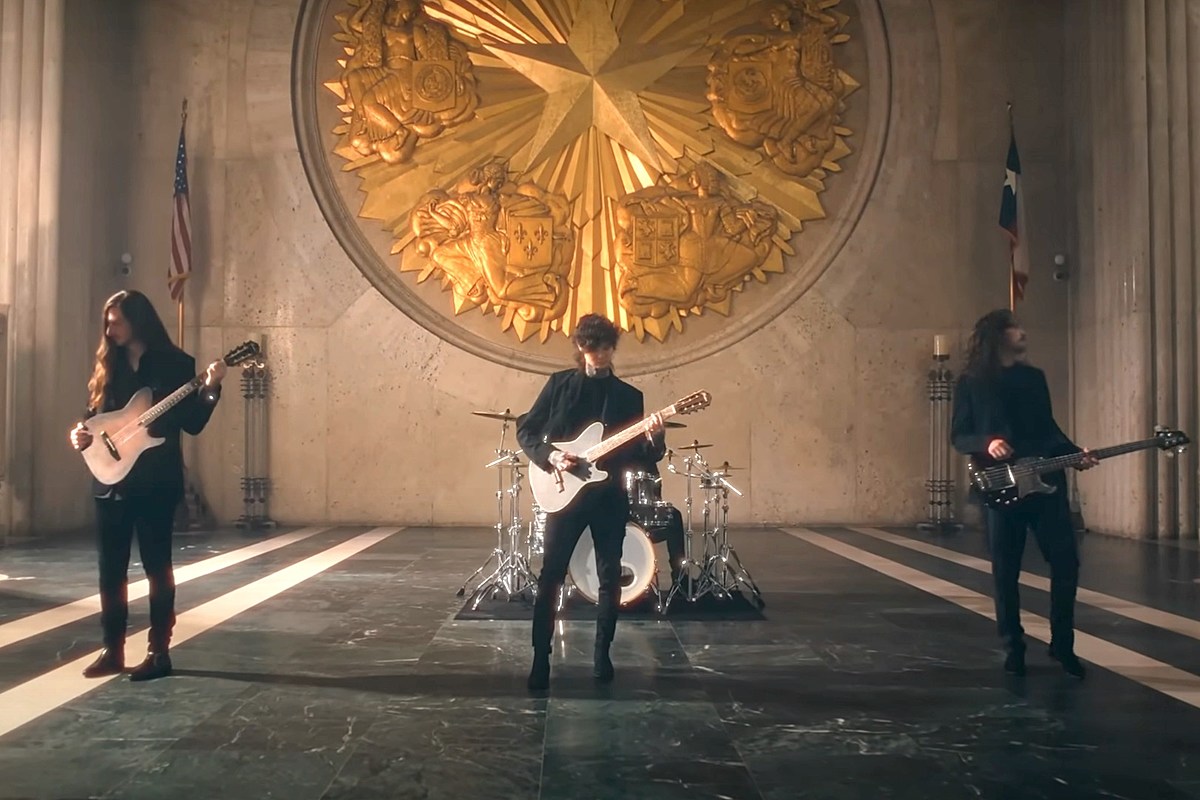