It’s a fairly big deal that Alison Wonderland has been spending a good deal of time doing not a whole lot.

The producer born Alex Scholler has, along with the rest of the world’s touring musicians, been off the road during the pandemic, and having time to just rest, hang out, play Animal Crossing and write music has been fairly revelatory, given her typically frenetic tour schedule. The Australian artist has been grinding for the better part of a decade, working her way to the top of festival the world’s biggest dance festival lineups with a simultaneously bombastic and sophisticated aural aesthetic that amalgamates bass, cello and Scholler’s own vocals.

It’s a sound heard most recently on “Bad Things,” which dropped last week and is the first Alison Wonderland track of the year. Calling from her place in Los Angeles, Scholler says the track is a sort of rebirth and that she waited to release it so as not to distract from “some really important messages being relayed that were way bigger than my music.”

But as her global fanbase will attest, the messages in Scholler’s work are important, too. Addressing issues like self-esteem, good relationships, sh–ty relationships, depression, self-love and other real life material with an accessible vulnerability, to many Scholler’s work is less ear candy and more of a rally cry to just keep going.

This sense of perseverance extends to her feeling on this dumpster fire of a year. “If we stand together rather instead of against each other,” Scholler says, “we’ll be able to get through it a lot easier.” Below, she discusses her adolescence, her enduring love for The Smashing Pumpkins and why she wants you to DM her.

1. Where are you in the world right now, and what’s the setting like?

2. What is the first album or piece of music you bought for yourself, and what was the medium?

I bought a CD of The Offspring‘s Smash, and actually the same day I bought Prodigy’s Music For the Jilted Generation. I know The Prodigy is definitely more of a legendary vibe, but The Offspring’s Smash really blew my mind because there was that whole line [from “Bad Habit”], which was “you stupid dumbs–t goddamn motherf–ker” — and I couldn’t get in trouble with my parents [for singing along], so I would go in my room, and that’s when I would swear secretly along to The Offspring.

My mom works in the dance world, and my dad works in the medical world. Honestly, my dad said this to me recently — that from a young age, my parents realized that they couldn’t ever tell me what to do, so they just kind of let me… I mean, I was actually supposed to be a cellist. And then that failed, and I just joined a punk band and became a producer. So my parents are very supportive now, but I think at the start they didn’t really always understand what I was doing.

But they understand now. My dad’s been to Coachella. He came to Red Rocks. I only invite him to the big ones. My mom has definitely met me around the world at different shows. She loves it. She loves the rave. I think they found out about this world through me — and instead of trying to change me, since I’ve always been a really creative kid, they just learned about it and embraced it.

4. What was the first song you ever made?

The first song I ever made was in eighth grade, on the piano, and it was called “An Ode to Billy” and it was abut Billy Corgan from The Smashing Pumpkins.

5. I know that you met him once. Did you tell him about the song?

No, I never told him that! I did meet him and asked him every single creepy fan question I could. He answered all of them, which is great for me, and he listened to my music, which is crazy. Then I actually covered The Smashing Pumpkins’ “Disarm” at my Lollapalooza livestream this year, and they reposted it. As a mega-fan, that’s pretty crazy.

5. If you had to recommend one album for someone looking to get into electronic music, what would you give them?

Silent Shout by The Knife, because it’s what got me into electronic music. It’s the reason I started producing. To me it’s electronic music that evokes a lot of emotion that really has a lot of depth to it. There are elements of trance in there, the drums are really interesting. They’re not straight four-to-the-floor dance drums, and her vocals are incredible.

6. What’s the first thing you bought for yourself when you started making money as an artist?

7. What’s the last song you listened to?

The last song I listened to was the new Travis Scott with M.I.A.

8. What’s one song you wish you had produced?

I wish I had produced “Wildfire” by SBTRKT, and also “Paper Planes” by M.I.A.

Probably The Chemical Brothers, because their lighting was so next-level. I had never seen anything like that. Or Justice. That was pretty amazing for me too. The energy at a Justice show… yeah.

10. What’s distinctive about the place you grew up, and how did it shape you?

I didn’t really fit in at school at all, and I was bullied by people because my parents didn’t drive nice cars and I didn’t have the nicest clothes. I think I just looked pretty scrawny, and I was interested in only music — and that wasn’t cool at the time, and I think that that really shaped me.

I would come home, and music would be my escape, and I’d go to school and I’d have an earbud in my ear listening to Radiohead or Smashing Pumpkins… I think that’s genuinely what shaped my music, for sure.

11. You released a new single, “Bad Things,” last week. Why was this the right moment for your first new music of 2020?

This year, as we all know, has been a really challenging year for everyone. I wanted to be sensitive with the time that I released it. I finished “Bad Things” a while ago, but there was just so much going on in the world I didn’t want to take the attention away from really important events. So I chose to lean back for a little while before releasing anything that distracted from some really important messages being relayed that were way bigger than my music.

12. In the song you sing “Don’t fall in love with the bad things/ Remind me why I’m still alive?” What’s the message there?

That was actually a message for myself. This song to me is a type of rebirth. I kind of wanted to write about not entertaining toxic things anymore, or identifying with things that are not good, or not falling in love with anything not good for me. Again I just wanted to remind myself why I was here, because it’s obviously a self-worth thing. It’s about gratitude and gratefulness and it’s a real rebirth. I really wanted the music to represent that.

13.  What are you most grateful for today?

Today, I am grateful for a lot of things. I’m honestly really grateful for my very small amount of close friends, because this year’s not been easy, and they’ve been very, very loyal and good to me.

14.  You have a big role in the new Underplayed documentary, which explores gender inequality in the dance scene. Obviously it’s a complicated issue, but in your opinion is there one thing that needs to happen to create greater gender equality?

I just think the less of a big deal people make about you being a woman — and I know this is going to sound bad, I don’t know how to explain it — and they accept you as an artist rather than a female artist, the less stigma there’s going to be about being a female artist, in this scene especially. If people stopped calling people “female DJs” or “female producers” and just called them “artists” or “producers,” then I feel like it wouldn’t be a discussion about their gender as much.

There are so many women playing major roles already and releasing dope music. Some of us are now headlining festivals, and I think the more that that’s just an accepted thing and it’s not “oh and she’s a woman!” then I think more and more women will be inspired to put themselves out there, and not dread the judgement and the sexism that comes with what we do. And again, if anyone is reading this and they are a female artist, feel free to DM me with questions. I’ve been there, and I’ve been there during the tough times, and I’m happy to shed some light on it.

I do. For me, the thing I would say most is don’t compromise yourself. If something doesn’t feel right, don’t do it. Stick to your vision. The reality is that you’re going to have to work hard and you’re going to have a thick skin, because a lot of people are going to comment on your gender. That’s just how it is.

16. The doc also focuses on the challenges of being on the road, the exhaustion and the mental strain. I’m wondering, has quarantine been good for you in offering time to rest?

A thousand and ten percent. I’ve been touring heavily for many years, and I’ve never been in the same place for this long since I can remember since finishing school. I realize the importance of having a home and of making sure my personal life gets to a point where I have a personal life and I can have a relationship, because that’s obviously been difficult.

I’m realizing the importance of balance and being able to ground myself. I’m also writing a lot of music. It’s easiest for me to write music when I’m not on the road, so I am taking advantage of this time. For a while it was hard to feel creative in this zone, but I’ve actually been able to pool a lot of inspiration recently from this year, and it’s finally kind of coming back to me and I’m feeling my creative juices flowing again, which is great.

17. You just had a birthday. How did you celebrate?

It was pretty low-key. I was social distanced and saw a very small amount of friends and went to Malibu and ate seafood, because that’s what I wanted to do. Then I actually passed out at 6:30 p.m.

18. What’s the first song you’re going to play at your first gig back when quarantine is over?

I don’t even know. I’ll know on the day.

19. What Alice In Wonderland character do you most relate to?

Alice. I’m curious and curiouser and I don’t think I view the world at face value. I definitely feel that I question lot of things, and I definitely think there’s a lot that we don’t see.

20. One piece of advice you’d give to your younger self?

Keep going. You’re going to hear a lot of “no”s before you hear “yes.” And being yourself is going to pay off. 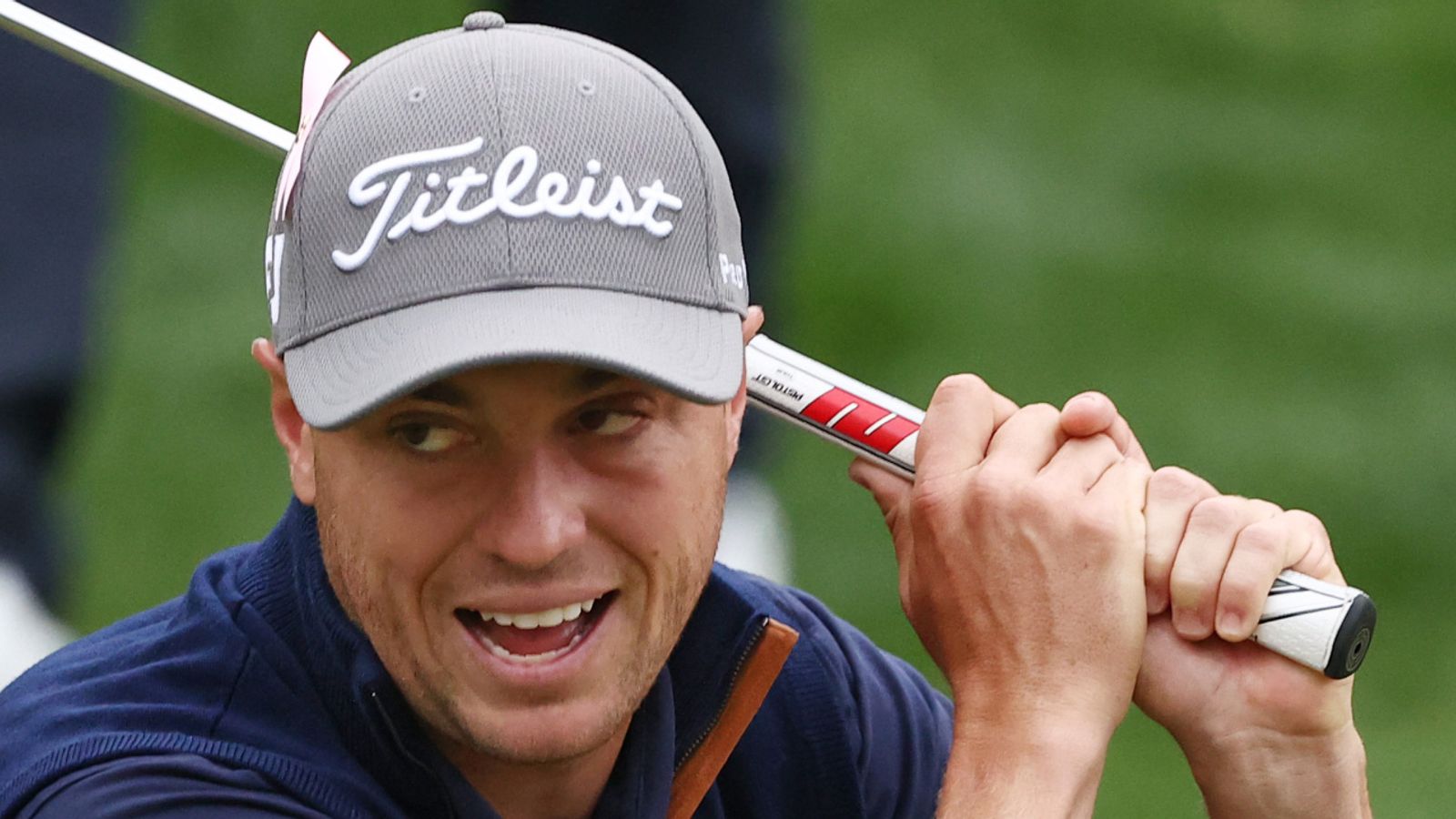 Justin Thomas misses out at Zozo Championship; upbeat for Masters
6 mins ago

Justin Thomas misses out at Zozo Championship; upbeat for Masters 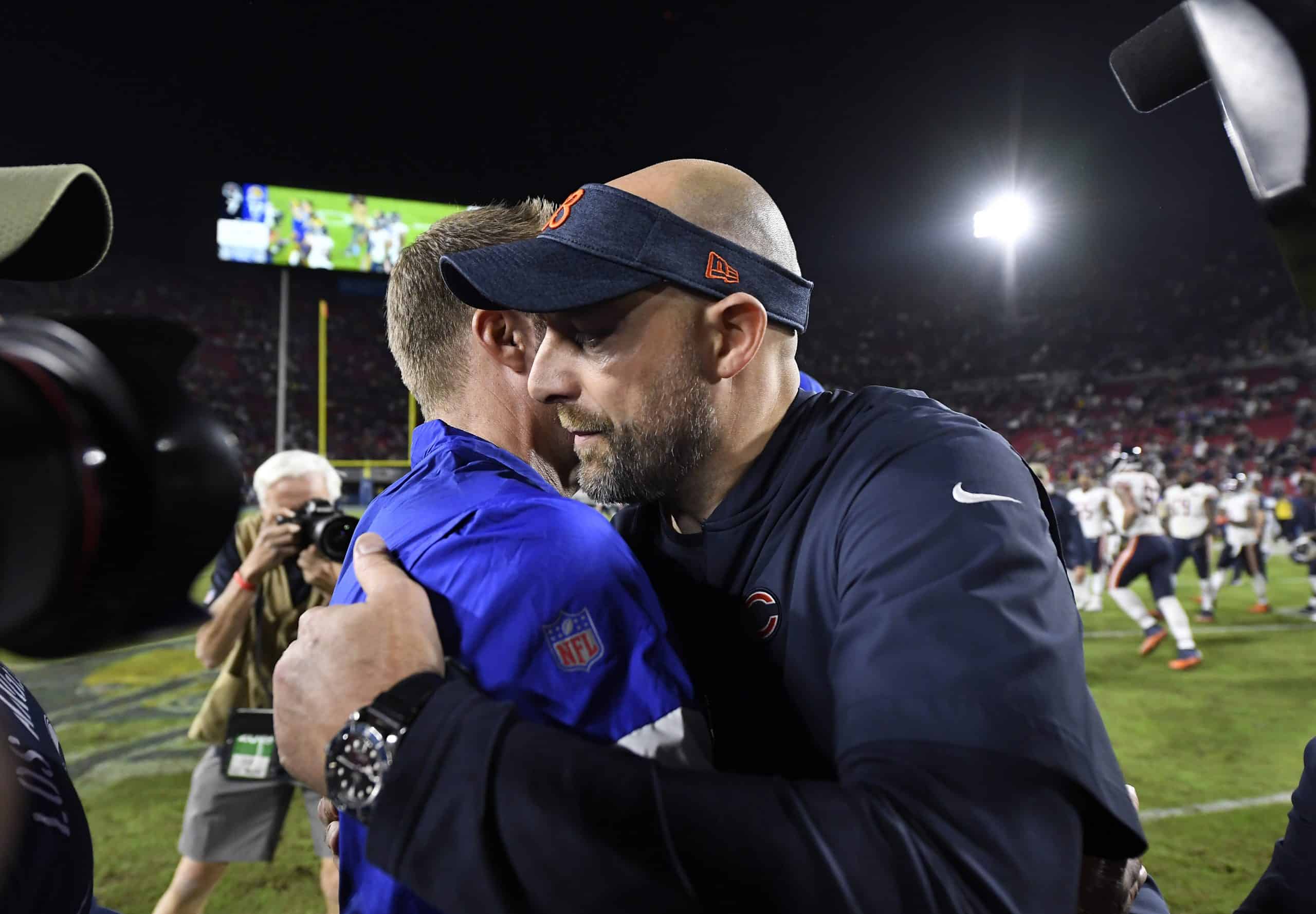