A newly emerged rumor is sure to have fans of Vincent D’Onofrio’s iteration of Daredevil villain The Kingpin excited, as it is now being reported that the actor will don the white suit of the criminal overlord once again in Marvel’s upcoming Disney+ series, Hawkeye. There has been ongoing speculation for some time that the likes of D’Onofrio’s Kingpin will be folded into the MCU in some capacity, and bringing him into the street level super-heroics of Jeremy Renner’s Clint Barton would certainly make sense.

“We are excited to reveal that, according to our verified sources, Vincent’s Kingpin is going to make his MCU re-debut in Hawkeye this year,” the rumors claims. “The source indicated that Daredevil was also supposed to make his MCU re-debut in Hawkeye alongside his role in Spider-Man: No Way Home, but scheduling for Hawkeye didn’t work out. Kingpin will instead be filling that void.”

The report also continues the idea that Charlie Cox’s Daredevil will feature in upcoming Marvel sequel Spider-Man: No Way Home, claiming that the idea initially was to have The Man Without Fear appear alongside Clint Barton on Disney+. “The source that we’ve been in communication with has also implied that Hawkeye will be airing around the same time that Spider-Man: No Way Home will be in theaters, because the two MCU projects share some connections,” the rumor continues. “This lines up with previous verified information that we received that suggests an October release for Ms. Marvel, and a November release for Hawkeye.”

Hawkeye will also introduce audiences to Echo, a character who will then headline their own spin-off series, which apparently The Kingpin will also feature in; “With Fisk appearing in Hawkeye this year, we assume that he will reprise the role in Echo, along with Daredevil.”

It was recently confirmed via Victoria Alonso, executive Vice President of film production at Marvel Studios, that Hawkeye will drop later this year. While discussing the acclaimed series’ that have so far been available on Disney+, Alonso noted that here are “a few other shows” that will come out before the end of the year, including the solo adventures of Hawkeye. Starring Jeremy Renner and Hailee Steinfeld, Hawkeye will center on the relationship between Clint Barton and Kate Bishop, with the former taking the latter under his wing in order to pass on the Hawkeye legacy.

Vincent D’Onofrio meanwhile has been as eager to see his return as Wilson Fisk AKA The Kingpin as Marvel fans, with the actor himself having responded to earlier rumors of the character’s comeback in the past. Responding to an article about his take on the character, and whether he will return, D’Onofrio said, “You underestimate @marvel’s Fisk. Never underestimate any villain driven by their interior life…you know that deep in your heart anything can happen.”

D’Onofrio has also stated that he would love to revive the character in a Joker-style standalone movie. “I think there’s more to do with him, but you just never know,” he said in a recent interview. “Because when I think of Marvel, I think of so many storylines, it’s like you think of DC, it’s the same thing. There are so many stories. I can’t imagine being in that chair trying to figure out which ones are the ones to be told next. And that’s how I look at it, as a creative person. I see it much bigger than just my part. I just see it as these huge opportunities.” For now, taking on Hawkeye will hopefully be enough to keep him satisfied. This comes to us courtesy of r/MarvelStudiosSpoilers page on Reddit. 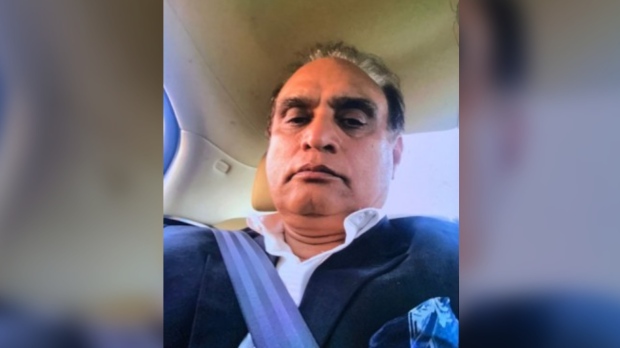