Of course, “Triangle of Sadness” tells a three-act story, the first of which might actually be my favorite. A short film of its own, it introduces us to two dating models, Carl (Harris Dickinson) and Yaya (Charlbi Dean) at the end of a fancy dinner. The bill has sat there for long enough to make Carl realize that his girlfriend has no intention of paying, even though she said last night that she would do so. The two argue about her gender-based assumptions and Östlund’s dialogue spins and swirls as the discussion goes back to the hotel that Yaya notes she’s covering for Carl. This is a very promising prologue for “Triangle,” an implication that the film to follow is going to get into gender roles and transactional relationships in a way that’s sharp and new.

And then it doesn’t quite do that. As I felt he did in “The Square” too, Ostlund has a habit of getting distracted by a similar idea without doing the work to tie it back to the previous one in a satisfying way. The mid-section of “Triangle of Sadness” takes place aboard a yacht that Yaya and Carl have been invited to socially promote. (She will take photos of herself with pasta near her mouth but not actually eat it.) It’s here that Östlund plays a little “Upstairs, Downstairs,” introducing us to a crew of people so wealthy that they’ve lost all touch with average reality. Most of them have earned generational wealth through ventures that haven’t exactly bettered the world, such as the kind elderly couple whose fortune comes from grenades or the gentleman who likes to tell people he made his money with shit—he’s a fertilizer magnate. From the beginning of this segment, Östlund is playing with literal levels of society as the rich people sun on the deck above, the white staff celebrate their potential tips in the middle, and the largely non-white staff sits in the hull below.

His intent plays out in a series of bitter exchanges. A woman (Mia Benson) insists that the ship’s sails must be cleaned—the yacht has no sails. Carl gets jealous of a shirtless worker that catches Yaya’s eye and so basically gets him fired. A milquetoast software genius (Oliver Ford Davies) comes to life when two pretty women take a photo with him. A passenger (Sunnyi Melles) insists that the entire crew go for a swim. In Östlund’s most discomfiting choice, a woman (Iris Berben) who has been disabled by a stroke can only repeat the words “In Den Wolken,” which means “In the clouds,” which is clearly where Ostlund thinks most of these people live, far from a grounded reality. 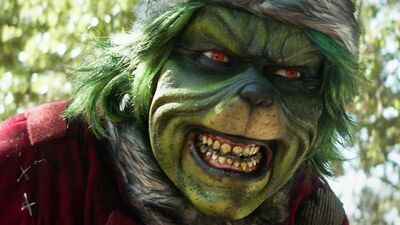 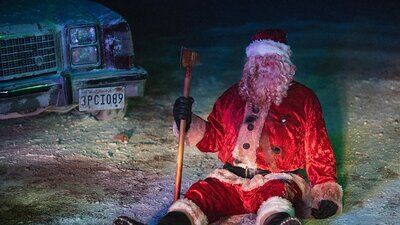