“Spiderhead” imagines a different kind of prison system—one with an open-door policy that allows the incarcerated to have their sense of self, to cook for themselves, to work out when they want to. What they sacrifice as punishment is their brain chemistry for science, which is toyed with by Steve Abnesti (Chris Hemsworth), following the orders of a protocol committee hoping to cure the world’s problems through dosages. The prisoner has the free will to take an experimental dosage—approved by saying “Acknowledge”—and can be faced with the self-loathing of “Darkenfloxx,” or the immense need to laugh from “Laffodil.” If Abnesti needs them to articulate what they’re thinking, he raises the dosage (via a smartphone app) on “Verbaluce.” These are strange names (from the George Saunders short story Escape from Spiderhead, a first-person account that thrives on casually throwing these words around), and it’s sure strange to see Hemsworth play this guy.

One good side effect from “Spiderhead” is that the performances can have their own potency, but not when they’re given a certain dosage. Miles Teller and Jurnee Smollett, two of the main prisoners, give surefooted performances as Jeff and Lizzie, respectively. The prison has allotted them a chance at self-forgiveness, as both are here due to horrific instances of manslaughter. It’s funny, but revealing how the movie’s dosage scenes, these simulations they bring to life by screaming, writhing on the couch, and sometimes feigning suicide, leave you cold. The literal act of Abnesti turning them different ways becomes almost a conceit of a movie that itself is forcing its power, its vague reason to exist.

Based on the short story by Saunders but given a distinct stench by self-amused “Deadpool” screenwriters Rhett Rheese and Paul Wernick, “Spiderhead” strives for a disquieting quirkiness. Abnesti is not your average evil genius, nor is Spiderhead your average penitentiary, and this ain’t your regular talky sci-fi thriller. Even the opening and closing credits are scrawled with pink chicken scratch, accompanied by a jaunty Supertramp song that kicks off a soundtrack that openly goes between George Benson, Chuck Mangione, and Hall & Oates. But whatever “Spiderhead” is laughing about, or trying to sneak inside its drama, doesn’t shine bright enough. The movie can be so backwards that even its lead can seems out of place—it’s initially interesting to see Hemsworth play someone as disarming as he is manipulative, but he becomes a heavy-handed expression of the movie’s limited statements about science, power, control. He makes a stronger case for being recast, for someone who doesn’t just take the “hot scientist wearing glasses” trope back. 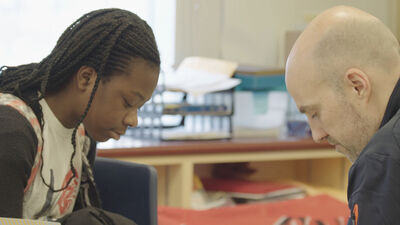 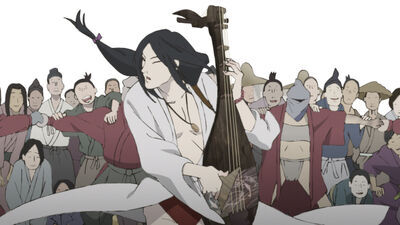