Pat Hitchcock, Alfred Hitchcock’s only child who appeared in some of the legendary horror director’s movies, has died. The actress, who also starred on Broadway as a teenager, passed away on Monday at her home in Thousand Oaks. Her daughter, Amblin executive Katie Fiala, has confirmed the news. Hitchcock was 93 years old.

Hitchcock’s parents were married for 54 years. Along with her famous father Alfred, Hitchcock was also the daughter of movie editor and screenwriter Alma Reville. She was born on July 7, 1928, and the apple didn’t fall too far from the tree in the Hitchcock family. As a child, she had aspirations of becoming an actress and began working on stage in the early 1940s. She would go on to score leading roles in Broadway productions of Solitaire and Violet. Hitchcock further studied her craft at the Royal Academy of Dramatic Art in London.

In 1950, Hitchcock came to begin appearing in projects for her famous father. She started with the role of jolly student Chubby Bannister in the British film noir Stage Fright. Because she just so happened to resemble star Jane Wyman, Alfred Hitchcok also asked Pat to double for Wyman in certain scenes in the movie. After Stage Fright, Pat would also play Barbara Morton in Strangers on a Train in 1951 in perhaps her most prominent movie role. In 1960, Hitchcock even appeared in Psycho as Caroline, a friend of Janet Leigh’s Marion Crane.

Additionally, Pat would appear in ten episodes of the half-hour TV series Alfred Hitchcock Presents in the mid to late 1950s. She would also have an uncredited role as the Court Lady in the 1956 religious drama The Ten Commandments. She’d return to the big screen one more time in 1978 with an appearance in the sports drama Skateboard by director George Gage.

For many years, Pat had served as the family representative on the staff of Alfred Hitchcock’s Mystery Magazine. She also wrote the forward for the book Footsteps in the Fog: Alfred Hitchcock’s San Francisco by Jeff Kraft and Aaron Leventhal, which was published in 2002. The following year, she published Alma Hitchcock: The Woman Behind the Man to pay tribute to her late mother; the book was co-written with Laurent Bouzereau.

“I don’t think she ever got the credit for being as good as she was. My father depended on her for everything. In the early days, she wrote the scripts and then became continuity and finally, she just worked with him all the time,” Pat once said of writing the book.

“[I wish my father] had believed in nepotism. I’d have worked a lot more,” Hitchcock also said in a 1984 interview with The Washington Post. “But he never had anyone in his pictures unless he believed they were right for the part. He never fit a story to a star or to an actor. Often I tried to hint to his assistant, but I never got very far. She’d bring my name up, he’d say, ‘She isn’t right for it,’ and that would be the end of that.”

Pat Hitchock’s father Alfred died in 1980 of kidney failure at the age of 80. Two years later, she lost her mother at 82. Her husband, Joseph O’Connell Jr., died of a heart attack in 1994. Hitchcock’s survivors include her daughters, Mary, Tere, and Katie. Our thoughts are with them at this painful time. May Pat Hitchcock rest in peace. This news comes to us from The Hollywood Reporter. 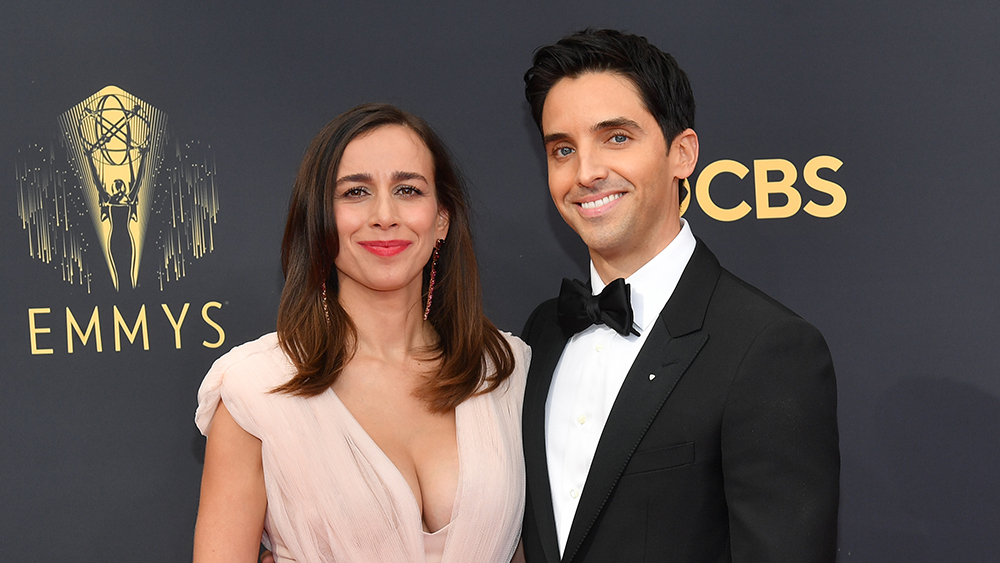 It’s an Emmy-Winning Honeymoon in the Writers Room for ‘Hacks’ Co-Creators Lucia Aniello and Paul W. Downs
1 second ago

A Teen Wolf Movie Is Coming To Paramount+
1 min ago

A Teen Wolf Movie Is Coming To Paramount+