“Men” is at its mightiest as a haunting exploration of grief, as it trudges an arduous road toward healing. The English countryside where our heroine seeks refuge after a horrifying loss looks peaceful and inviting. The lush woods are quiet and cool, as they so often are in Garland’s films—until they aren’t. The stately manor she’s rented offers far more space than she needs—until she has nowhere to hide. Jessie Buckley navigates the many perils that await her character, Harper, with an unease that eventually rises to terror. Her feelings are all there on the surface, and she’s dragging us along with her as she fights for her sanity as well as her safety. There’s an honesty and immediacy to her performance—to her screen presence in general—that keep us hanging on even as “Men” becomes increasingly unfocused.

Harper has escaped to this idyllic village after experiencing a profound tragedy, which we witness in mesmerizing slow motion under orangey, stormy skies at the film’s start. But although she’s driven four hours outside her home in London, it doesn’t take long for her to discover that she’s placed herself at the center of a different kind of trauma. There’s something wrong with this place, with these people, who all happen to be … men. One particular man, to be more precise, in a variety of forms. He’s the caretaker, the vicar, the bartender, the policeman and—in his most disturbing forms—the naked stalker and the surly teenager. (The facial CGI on that kid seems to be intentionally imperfect to make him even more off-putting than the rest.) He is Rory Kinnear, longtime character actor showing off his impressive versatility in a wide array of roles. Hair and makeup effects allow him to assume each new character distinctly, but he always maintains an unmistakably menacing air. Because no matter who this guy is, he lets her down—or worse—over and over again. Whether it’s a dismissal or a sexist insult, a passive-aggressive remark or a straight-up aggressive attack, he just keeps coming, each incarnation more dangerous than the last. How Harper deals with the onslaught becomes her own personal hell—and ours.

There’s a line we cross in “Men” where it becomes clear we’ve left reality entirely. For a while, it’s possible that Harper’s just paranoid, as in one quietly powerful scene in which she sends her voice echoing playfully down an empty tunnel, only to discover that perhaps it’s not empty after all. But in time, we’re in full-on hallucination zone, and dazzlingly so. “Men” buzzes and builds to a frenzy in ways that are reminiscent of Darren Aronofsky’s “mother!”, which divided audiences the way Garland’s film surely will. Working with his usual cinematographer, Rob Hardy, and composers, Geoff Barrow and Ben Salisbury, as well as editor Jake Roberts, Garland creates a symphony of controlled chaos. 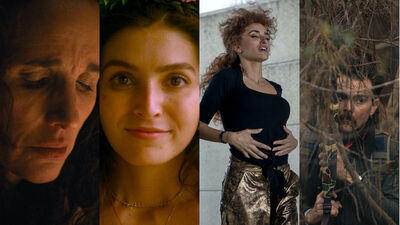 A Look at Tribeca 2022: The Narrative Features | Festivals & Awards 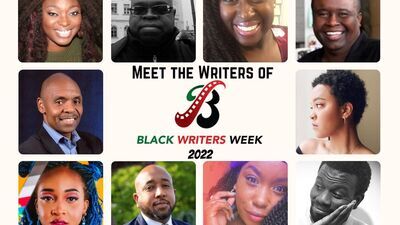