Marvel Studios has announced an Ironheart Disney+ series. Dominique Thorne will star in the title role. Thorne stars as genius inventor Riri Williams who creates the most advanced suit of armor since Iron Man himself, Tony Stark. The character has been a fan-favorite for years now, so there is likely quite a lot of excitement for the upcoming series. With that being said, Marvel Studios boss Kevin Feige did not reveal a premiere date for the upcoming Disney+ series, but he did reiterate that the series will tie into the big screen adventures in the coming years.

The legacy of Tony Stark will live on in the Ironheart series, along with Spider-Man 3, which is currently filming in Atlanta. Riri Williams first made her appearance in a 2016 issue of Invincible Iron Man. There are plenty of ways that the story can go, but Marvel Studios did not really point or hint to any specific direction for the upcoming Disney+ series during this evening’s presentations. With that being said, Marvel Studios doesn’t really offer up too much information on their upcoming projects if they don’t have to and have become masters at keeping all of their secrets from getting out and into the world.

RELATED: What Ironheart Looks Like in the MCU as Imagined by God of War Art Director

Ironheart is only one of ten shows Marvel Studios will roll out over the next handful of years. In addition to having connections to the MCU big screen projects, each of the shows will have connections to each other. Ms. Marvel will have ties to WandaVision and then will take off to have a major part in the long-awaited Captain Marvel 2. In addition to Ironheart, the new Disney+ shows announced include Secret Wars, starring Samuel L. Jackson and Ben Mendelsohn, and Armor Wars, with Don Cheadle reprising his role as Iron Man pal War Machine.

Not even the most hardcore MCU fans knew that Kevin Feige was going to announce Ironheart, Secret Wars, and Armor Wars this evening, which is really a testament to how well the studio and its team are able to keep secrets. Black Widow and Eternals were both supposed to have already been out in theaters over the past year and both stories are still under wraps. No real spoilers have made their way out there, which is impressive, to put it lightly.

Ironheart, Secret Wars, and Armor Wars will join previously announced shows like WandaVision, The Falcon and the Winter Soldier, Loki, She-Hulk, Moon Knight, Hawkeye, Ms. Marvel, and What If…. MCU fans, like Star Wars fans are going to have a whole lot of small screen material to look forward to in the coming months and years, which doesn’t even include all of the many movies that are in development for both franchises and hitting theaters simultaneously. You can check out the official announcement for the Disney+ series above, thanks to the official Marvel Studios Twitter account. How Does ‘Saw’ Legend Tobin Bell Really Feel About Jigsaw’s Absence in ‘Spiral’? Officer dies after being attacked outside Pentagon
15 mins ago 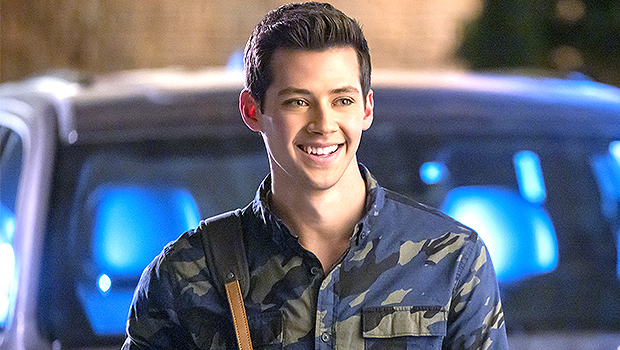