The most interesting “influencer” cinema to date, from Eugene Kotlyarenko’s “Spree” to Daniel Goldhaber’s “Cam,” has held up a broken mirror to the strange world of these public performers, peering into its webbing cracks to fashion original cinematic analogs for the digital self. Beneath projections on a livestream, these films promise, lies a more twisted psychological truth, more likely several. Beyond casting an actor capable of suggesting their character’s interiority from a distorted distance, through keystroke and gesture, the best of these movies take advantage of their own recursive, hall-of-mirrors potential, using techniques like split-screen and rotoscoping to intensify a sense of endless screens within screens, reality being dislocated and destabilized by various intradiegetic frames—including that of the larger movie itself.

More irreverent than insightful, “Deadstream” opens on one such dislocation. “In October of 2022, a beloved internet personality disappeared in a house near Payson, Utah while broadcasting a live event. A year later this footage was found,” reads the opening card, styled to resemble that of found-footage classic “The Blair Witch Project,” before the camera pulls back to reveal those words written on a shirt that self-identified “piece of trash” Shawn Ruddy (Joseph Winter), is selling as merchandise. Disgraced and demonetized after one ethically dubious stunt gone wrong caused audiences to turn on him and sponsors to turn out, Shawn has vowed to livestream his way back to profitability by spending the night in a haunted house, which he rigs with multiple motion-activated cameras (in addition to one he carries and another mounted to his head for POV shots).

This all goes about as poorly as you’d expect, as the house’s spirits emerge to claim Shawn for their own following of souls, though his commitment to ridiculous risks in the name of “likes and subscribes” offers an amusing rationale for the character’s poor decision-making throughout. Starring in “Deadstream” in a frantic one-man show, Winter also co-wrote, co-directed, co-produced and co-edited the film with his wife Vanessa; this adds to the sense of a low-budget horror-comedy feature being cobbled together by its participants in real time (at one point, Shawn even pulls out a cassette he’s recorded—“Shawn Carpenter’s Halloween”—to equip himself, and “Deadstream,” with a synth soundtrack). A comment stream that watches, mocks, and occasionally helps Shawn survive his stay, meanwhile, permit the Winters to eviscerate their protagonist and plot with the bombastic prankishness of an audience chorus. “This mythology is a mess,” complains one, as others offer their own contrasting stances on Shawn’s roles as victim, hero, villain, and final guy in a fast-unfolding horror special—or doubt its authenticity altogether, an insinuation that the filmmakers indulge with rubbery monster masks and splashy makeup. 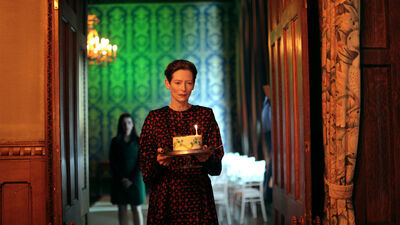 A Frequency: Tilda Swinton and Joanna Hogg on The Eternal Daughter | Interviews 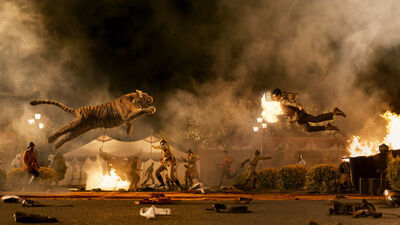 Coordination Itself Is A Choreography: S. S. Rajamouli on RRR