This may not be the silliest scenario that Argento (who co-wrote the script with Franco Ferrini) has ever worked with, but it might be the laziest. Plot elements, such as the aforementioned eclipse, are introduced in ways that suggest some importance but are never referred to again. The identity of the killer is revealed about halfway through, which is about a half-hour after even the least attentive viewers will have figured it out. And the sentimental stuff between Diana and Chin is more strange than touching and it keeps the suspenseful material off-screen for long stretches of time. As for the conclusion, it’s especially weak, even by Argento’s not-exactly-strong track record when it comes to satisfying wrap-ups.

Even as an excuse to allow Argento to indulge in his usual penchant for highly stylized and occasionally deranged mayhem, “Dark Glasses” comes up short. Although a couple of the kills are gory enough, they are staged in a manner so perfunctory it boggles the mind that they could be from the same man behind the gorgeously choreographed mayhem of the likes of “Suspiria” and “Opera.” (One sequence, in which a couple of secondary characters are introduced and almost immediately bumped off, is so awkwardly executed that any cringes that it inspires are caused solely by the clumsy staging.) The closest thing to a genuinely perverse element in the film is Argento’s decision to cast daughter Asia in what proves to be the blandest and most colorless role that she has ever played in one of his films. As for Pastorelli, while some may object to the notion of a sighted actress playing a blind person, I suspect far more will object to the fact that Diana is one of the least interesting heroines in the Argento canon. Pastorelli is unable to do anything to help make her into someone worth caring about, not even during the goofy scene in which she and Chin are running through the woods and stumble into a nest of snakes.

As an enormous fan of Argento, I would love to be able to report that “Dark Glasses” is a worthy entry in his filmography, even if I had to go out on a limb to make my case. However, there’s no branch long enough that would allow anyone to defend this particular effort, perhaps the only way in which the word “effort” could be used in conjunction with this film. If there’s a bright side to all of this, it is the fact that since most people in America will be viewing it via streaming, they can easily tune in for that wonderful opening sequence and then turn it off, confident that they’re not missing anything else.

In theaters today and on Shudder on October 13th. 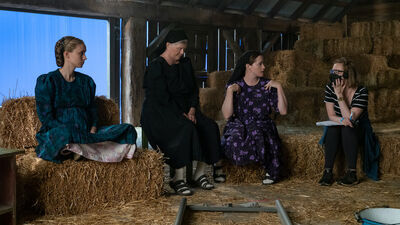 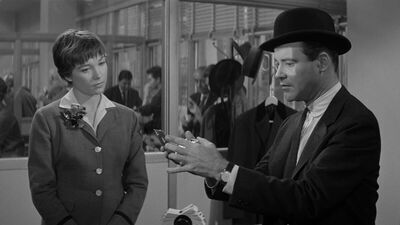