Ben Affleck and Jennifer Lopez are back together after a 17-year hiatus. Or they’re not. Maybe they’re just hanging out as friends or trolling a weary American public starving for nostalgia. Whatever is really happening, Affleck and Lopez did reportedly go on a vacation to Montana together and neither side has denied they’re in a relationship. This has everyone swooning for Bennifer, the early 200os moniker given to the couple (maybe by the director Kevin Smith, or so he claims). Reminder: No one really liked Bennifer 1.0 (Heather Schwedel in Slate went deep on this). But it’s nearly 20 years later, and we just survived a pandemic. So what the hell? Plus, as these photos of the couple from early 2000s show: Bennifer 1.0 is a perfect summer 2021 vibe.

The facial hair. Yikes! Lopez and Affleck watch the New York Yankees take on the Boston Red Sox during Game 3 of the 2003 American League Championship Series on October 11, 2003 at Fenway Park.

The couple holds hands on the set of a Lopez music video on October 20, 2002 in Beverly Hills.

At the L.A. premiere of their disastrous film, Gigli, in July 2003. At least they both look happy.

On the set of the forgotten Bennifer movie, Jersey Girl, directed by Kevin Smith, in New York in 2002. The film came out two years later, after the pair had split.

Kissing on the set of Jersey Girl.

The couple arrives at the L.A. premiere of Affleck’s 2003 superhero film, Daredevil.

Same premiere. What a cute couple!

Lopez and Affleck attend the 75th Annual Academy Awards on March 23, 2003 in Hollywood.

More kissing on the set of Jersey Girl.

Courtside for Lakers-Spurs at the Staples Center in May 2003.

Lopez and Affleck arrive at the Maid In Manhattan world premiere at The Ziegfeld Theatre in New York City on December 8, 2002.

The goatee! The bucket hat! Bring us back! Bennifer leave their midtown Manhattan hotel on December 12, 2003 to do some holiday shopping.

Out for a walk in Vancouver. This is the summer 2021 vibe.

Looking carefree at the Gigli premiere.

Lopez and Affleck attend the Anaheim Angels game against the Boston Red Sox on April 27, 2003 at Edison Field in Anaheim.

Having a laugh on the set of Jersey Girl in Central Park.

Lopez and Affleck signing autographs in Paris on April 8, 2003.

More kissing on the set of Jersey Girl. 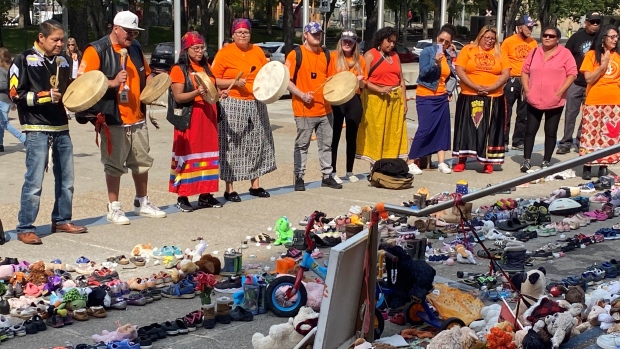