Twenty years of the bend and snap! ‘Legally Blonde’ is celebrating its 20th anniversary on July 13. Take a look at the iconic cast then and now.

It’s time to go back Harvard — sort of! What? Like it’s hard? The legendary film Legally Blonde is turning 20 years. The film was released on July 13, 2001. The movie gave us the iconic Elle Woods and catapulted Reese Witherspoon, 45, to superstardom.

Even though it’s been 20 years, Legally Blonde is still making an impact. A third movie is set to be released in May 2022. Elle Woods remains a role model to young women to go after their dreams and not let a man stand in their way. Over the past 2 decades, the cast has made incredible transformations through the years. See the stars then and now below.

Legally Blonde made Reese a household name. Elle Woods is a feminist icon. Reese reprised the iconic role in the 2003 sequel, Legally Blonde 2: Red, White & Blonde. In 2002, she starred in the beloved rom-com Sweet Home Alabama. She won the Academy Award for Best Actress in 2006 for playing June Carter Cash in Walk the Line. The actress was nominated for an Oscar again in 2015 for her performance in Wild. In addition to film, Reese has also segued into television. She starred in Big Little Lies, for which she was nominated for a Golden Globe, and Little Fires Everywhere. She is currently starring with Jennifer Aniston in the Apple TV+ drama series The Morning Show, which is returning for a second season.

Reese owns the clothing company Draper James. She co-founded the production company Type-A Films, which merged with her media firm Hello Sunshine. Reese will be returning for Legally Blonde 3. Reese divorced actor Ryan Phillippe in 2006. They have two kids named Ava and Deacon. She married Jim Toth in 2011. Their son, Tennessee, was born in 2012.

Selma Blair, 49, played Elle’s enemy turned BFF Vivian Kensington. After Legally Blonde, she rose to even bigger fame playing Liz Sherman in Hellboy and its sequel. She has starred in many more movies over the years, including The Sweetest Thing, The Fog, Mom and Dad, and After. She starred alongside Charlie Sheen in the TV series Anger Management and played Kris Jenner in the first season of American Crime Story.

Luke Wilson, 49, starred as Elle’s love Emmett Richmond. He reprised the role in the 2003 sequel. Luke also returned to the role of Pete, Cameron Diaz’s love interest in the 2003 Charlie’s Angels sequel. Luke went on to star in films like The Family Stone, My Super Ex-Girlfriend, The Goldfinch, Zombieland: Double Tap, and more. He was a series regular in the series Roadies. He stars as Pat Dugan/S.T.R.I.P.E. in The CW series Stargirl and hosts the ABC series Emergency Call.

Ali Larter’s Brooke Taylor-Windham became an instant fan-favorite in Legally Blonde. After the hit comedy, Ali, now 45, reprised her role as Clear Rivers in Final Destination 2. She starred in more major movies like A Lot Like Love and Obsessed. Ali is widely known for playing Claire Redfield in the Resident Evil franchise. She starred in the series Heroes from 2006 to 2010. The actress has recently had a recurring role as Dr. Grace Sawyer in the ABC series The Rookie. Ali has been married to Hayes MacArthur since 2009. They have two kids, Vivienne and Theodore.

Jennifer Coolidge, 59, played Elle’s lovable Boston BFF Paulette Bonafonté in both Legally Blonde and the sequel. She notably played Jeanine Stifler in the American Pie movies and Fiona in A Cinderella Story. She’s appeared in other films like A Mighty Wind, Click, Date Movie, Like a Boss, and more. Jennifer starred in series like Joey, The Secret Life of the American Teenager, and 2 Broke Girls. She made a cameo appearance in Ariana Grande’s “Thank U, Next” music video in 2018. She starred alongside Carey Mulligan in the Oscar-winning drama Promising Young Woman. Jennifer currently stars in the HBO series The White Lotus.

Matthew Davis, 43, played the man who broke Elle Woods’ heart, Warner Huntington III. Unlike Warner, Matthew has had a long career since Legally Blonde. He played Kate Bosworth’s love interest, Matt, in 2002’s Blue Crush. Matthew went on to star in the series What About Brian in 2006. Matthew gained wider notoriety for playing Alaric Saltzman in The CW’s The Vampire Diaries from 2009 to 2017. He currently stars in the spinoff series Legacies. The actor married Kiley Casciano in 2018, and they have a daughter together.

Holland Taylor, 78, starred as Professor Elspeth Stromwell in the 2001 film. After Legally Blonde’s release, Holland continued to play Judge Roberta Kittleson on The Practice until 2003. When The Practice ended, she played Evelyn Harper on the CBS comedy series Two and a Half Men from 2003 to 2015. She received four Primetime Emmy nominations for her performance. Holland has starred in movies like Baby Mama, The Wedding Date, To All The Boys: P.S. I Still Love You, and Bill & Ted Face The Music. Holland also wrote and starred in the Broadway play Ann, based on Ann Richards. She was nominated for a Tony for Best Actress in a Play in 2013. Holland recently starred in the Netflix series Hollywood and received an Emmy nomination for her portrayal of Ellen Kincaid. Holland has been in a relationship with Sarah Paulson since 2015.

Just a few months after playing Professor Callahan, Victor Garber, now 72, began playing Jack Bristow on Alias. He starred alongside Jennifer Garner for 5 seasons. He’s also made appearances on Glee, Modern Family, Damages, and Schitt’s Creek. Victor starred as Dr. Martin Stein on Legends of Tomorrow for 3 seasons and appeared as the character in the Arrowverse shows. He’s continued to have the recurring role of Simon Stern in the series Power and Power Book II: Ghost. Victor has continued to appear on the stage as well. He took over for David Hyde Pierce in the Broadway revival of Hello, Dolly! in 2018. Victor has been married to Rainer Andreesen since 2015.

Chutney Windham’s confession in the courtroom is still iconic even after all these years. After Legally Blonde, Linda Cardellini, now 46, played the live-action version of Velma in Scooby-Doo and its sequel. She played Samantha Taggart on ER from 2003 to 2009. Linda has starred in a number of movies over the years like Brokeback Mountain, Avengers: Endgame, the Daddy’s Home movies, and The Curse of La Llorona. She was also a series regular in the Netflix series Bloodline. Linda currently stars in the Netflix series Dead To Me, which will return for a third and final season. Linda earned an Emmy nomination for Outstanding Lead Actress in a Comedy Series. Linda and her partner, Steven Rodriguez, have been dating since 2011. They have a daughter together.

Alanna Ubach, 45, starred as one of Elle’s BFFs, Serena McGuire. She returned for the 2003 sequel. The year after the sequel, Alanna notably starred as Isabel Villalobos in Meet The Fockers. Alanna is known for her voice roles as well. She’s voiced roles in Coco and Rango. She starred in Bravo’s first-ever scripted series, Girlfriends’ Guide to Divorce from 2015 to 2018. Alanna played Jeanine Pirro in the 2019 film Bombshell. She currently stars as Suze Howard in Euphoria and voices Queen Tulip in Crossing Swords. Alanna is married to music producer Thom Russo. Their son, Thomas, was born in 2017.

Jessica Cauffiel, 45, starred in the Legally Blonde movies as Elle’s ditzy BFF Margot. She notably played Tori in the hit 2004 comedy White Chicks. Her last film role was in the 2010 film Ice Dreams.

Moonie played Elle’s beloved dog Bruiser in the Legally Blonde movies. After Legally Blonde, Moonie continued to book gigs, including a music video with Cher. Moonie sadly passed away at the age of 18 in 2016. Remembering When Anthony Bourdain and Michael K. Williams Dined on ‘No Reservations’ 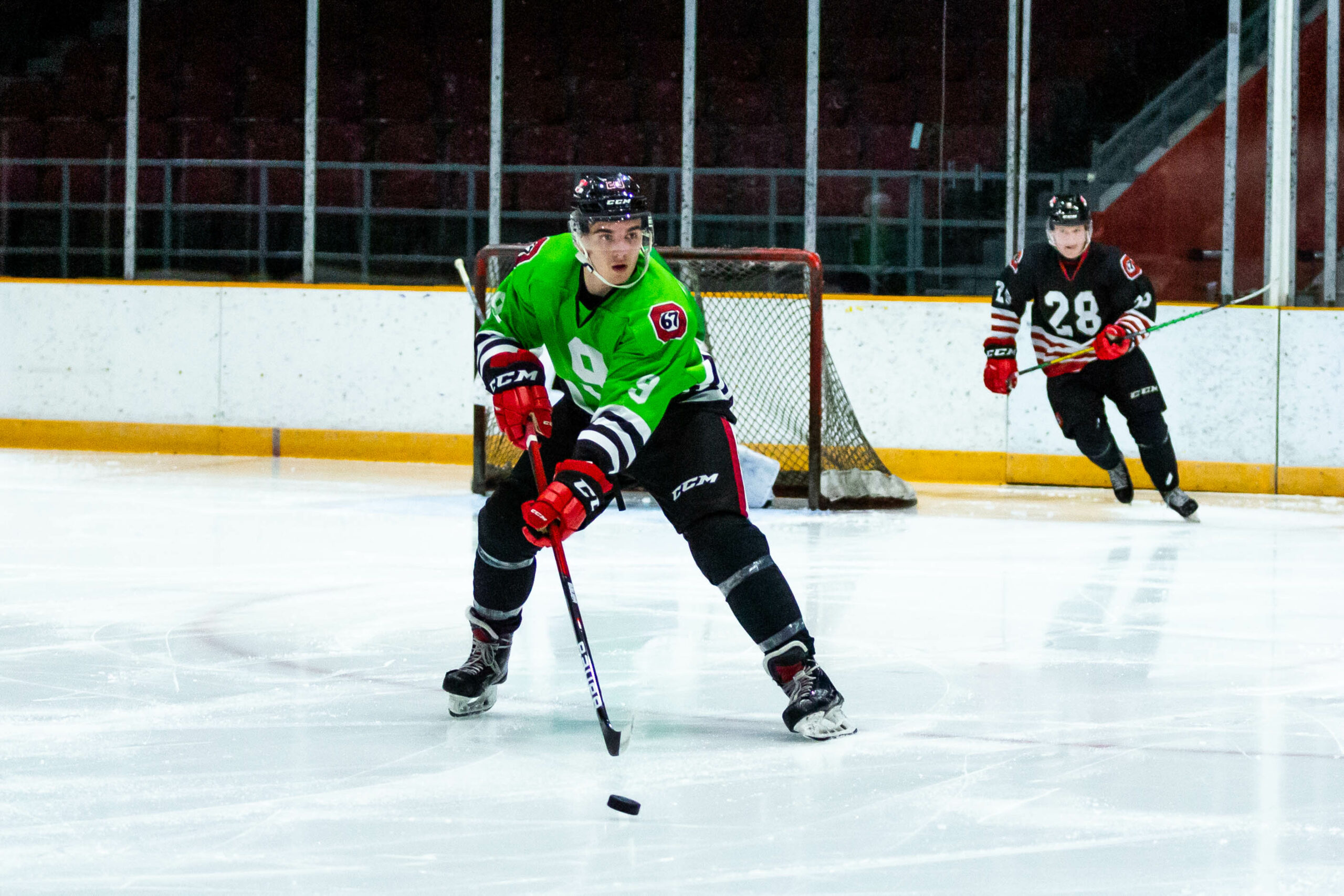 8 TV Shows and Movies to Watch This Week, Including the 2021 Emmys
9 mins ago