John Mulaney is usually beloved by all, but right now — he’s getting slammed big time … all because he let Dave Chappelle open for him, and the guy told “anti-trans” jokes.

Here’s the deal … John had a comedy show Friday night in Columbus, OH — where phones were locked up in a pouch so no one could record — and according to folks who flocked to social media afterward, DC was a surprise guest who did a set before John came out.

my favorite part of tonight was when dave chappelle ambushed us at the john mulaney show, told a bunch of transphobic jokes, a massive stadium of people laughed, and then john mulaney hugged him at the end

A lot of these people say they felt ambushed by Dave’s presence, especially since he allegedly went on to tell what they characterize as transphobic/homophobic jokes.

The argument is that these paying customers came out to see JM — not Dave — and many of them are either part of the LGBT crowd, or consider themselves allies … going on to say they never would’ve purchased tickets if they’d known Chappelle was going to show up.

John Mulaney is a piece of shit for not giving a single fuck about the many trans members of his audience that had to sit through Chapelle’s unnecessary transphobic tirades that he calls jokes. Can trans people fucking breathe? 💙 to everyone that felt unsafe and laughed at

Of course, this all dates back to the controversy over his Netflix special, “The Closer,” which some have said is transphobic — despite DC denying that, and the streamer sticking by him.

As for what exactly was said that’s transphobic (in these users’ minds) … you’d be hard-pressed to find anyone who actually detailed the crack(s), but someone finally did. The supposedly harmful joke was about the stage crasher and the gun/knife he had on him.

“I mean, it wasn’t a gun, it was a knife! A gun that identifies as a knife?”
He then paused, smiled a bit, and moved on quickly.

– The homophobic joke was him saying “maybe you two are gay, I don’t know, nothing wrong with that if that’s the case.”

Dave apparently said something to the effect of … it was a knife that identified as a gun, which some took as an allusion to gender fluidity — and sure, that’s a fair assessment.

He moved on from that — this after getting laughs, it seems — and then made a joke about a couple of audience members he speculated might be gay … adding, not that there’s anything wrong with that. Apparently, that’s about all that was said … but it’s got people up in arms. We’ll say this … Dave does seem to be obsessed with joking about trans topics — he did so during his Hollywood Bowl sets a few weeks ago … and even said something about the alleged attacker, Isaiah Lee, joking that it was a “trans man” after he was tackled.

As for John, he’s said to have given Dave a hug … but hasn’t said anything about the controversy bubbling up now. He’s pretty private — don’t hold your breath for a statement. 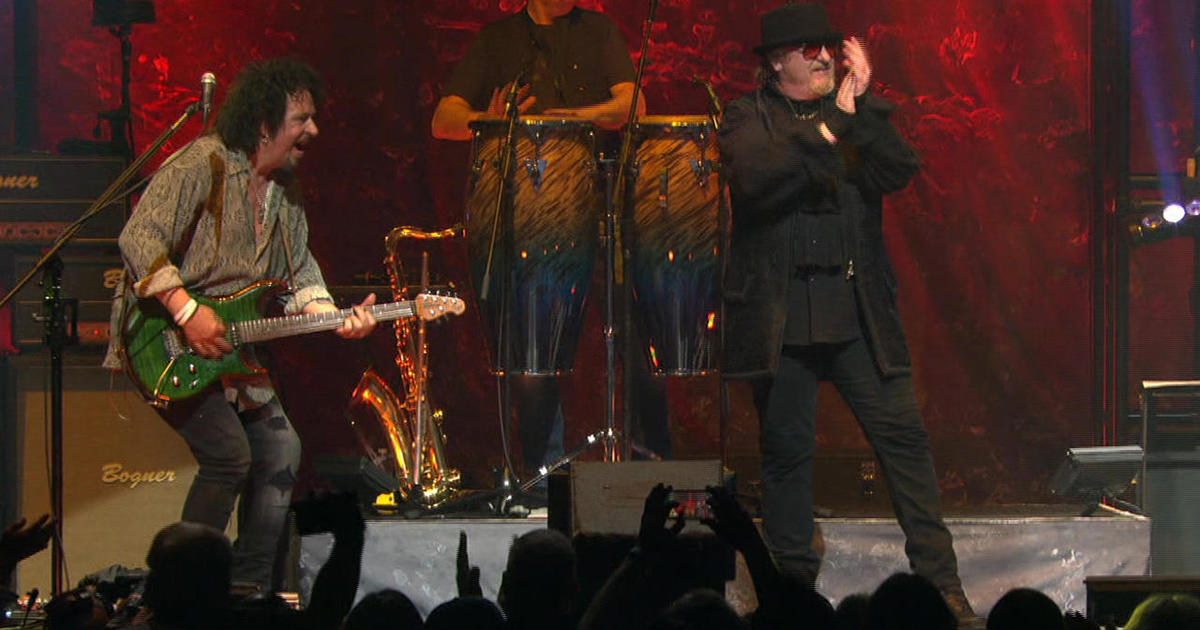 Toto on “Africa,” and their band’s four-decade ride