In May, the Lincoln Project released an ad that riffed on Ronald Reagan’s famed 1984 spot, “Morning in America.” That campaign ad somewhat misleadingly depicted a nation waking to the cheerful prosperity of the Gipper’s first term, and promised more sunny days of economic abundance to come. The anti-Trump GOP group’s 2020 ad, meanwhile, decried the “Mourning in America,” offering a stinging broadside against Trump’s fatal refusal to manage the coronavirus pandemic. Decades ago, Reagan’s campaign claimed that his first term had left the nation, “prouder, and stronger, and better,” while the Lincoln Project’s spot drew an implicit contrast, noting that Trump had made America “weaker, and sicker, and poorer.”

But a new documentary series is suggesting that Reagan and Trump have a lot more in common than is often imagined. Matt Tyrnauer’s The Reagans takes a critical look at both Ronald and First Lady Nancy Reagan, whose White House tenure was marked by telegenically sunny glamour and an economic philosophy that would hollow out the American middle class. The four-part Showtime series examines the Reagans from their years on the Hollywood B-list to conservative superstardom and the presidency, and dedicates most of its second episode to the dog-whistle racism Reagan deployed to court white voters. Dispensing with the gauzy nostalgia that can in time envelop even some of the most controversial presidencies, Tyrnauer examines the strains of toxic ideology and rhetoric that served as the spoonful of racist sugar to help the supply-side economics go down, and paved the way for Trump’s rise.

“The Republican Party has consistently used Reagan for their moral authority, but I think that there are many aspects of the Reagan presidency that do not hold up under scrutiny and cannot be used as the basis for a moral argument for Republicanism,” Tyrnauer tells Esquire. The “huge amount of dog-whistle racism that came from Reagan’s own lips,” he says, “was under-reported in the time and has been virtually erased from the popular imagination.”

Using archival footage and interviews with journalists, experts, and members of the former president’s circle, including his son Ron Reagan, Sunday’s episode examines the ways in which Reagan utilized racism that tapped into the nation’s oldest bigotries while being just subtle enough to be denied. He kicked off his run as 1980’s Republican presidential nominee with an appearance at the Neshoba, Mississippi county fair, where he professed his commitment to states’ rights. Lauding federalism at a campaign could seem reasonable enough, but the subtext is insidious. Neshoba county was infamous for the 1964 Freedom Summer murders of civil rights activists James Chaney, Andrew Goodman, and Michael Schwerner, and appeals to states’ rights have long been used to justify southern states’ refusal to enact civil rights measures. By touting himself as a states’ rights candidate near the site of one of the nation’s most famous hate crimes, Reagan offered voters a racism that was both obvious and unspoken.

Despite his long and well-recorded track record of racism, Reagan remains a Republican standard-bearer, a symbol of days before the rank partisanship of Newt Gingrich, before the incoherence of Sarah Palin, before the malevolent incompetence of Trump. During one 2015 primary debate, his name was mentioned 45 times. “One of, if not, the main reason I made this was to shine a light on Reagan’s racism,” says Tyrnauer, “and to try to make it unacceptable for politicians who stand on Reagan’s shoulders to get away with a kind of nostalgic message about the good-old days of Reaganesque Republicanism.

The Reagans depicts a pattern of folksy, anecdotal racism that today feels like an obvious precursor to Trump’s. There’s Reagan’s famed “welfare queen,” a Chicago woman who supposedly had “80 names,” “30 addresses,” and $150,000 annual grab from the public pocket, which inflamed the hateful stereotype of black, female welfare recipients as being either outright criminals or indolent leeches reaping legal but undeserved riches. (The woman, a likely career criminal who bore no resemblance to the average public benefits claimant, was actually charged with having four false names and an $8,000 haul.) Another repeated anecdote told of a “strapping young buck” using food stamps to “buy a T-Bone steak,” while “you were waiting in line to buy hamburger.” Reagan only used the term “young buck” when telling the story in southern states, abandoning the descriptor when stumping in northern states with smaller Black populations. Neither the “young buck” nor the “welfare queen, were explicitly coded as Black—but the message was still clear.

This deniability “becomes an essential part of dog whistling,” Berkeley Law professor and author Ian Haney López, who’s interviewed in The Reagans, tells Esquire. “It simultaneously involves appeals designed to trigger racist fears and also the denial that the person is doing any such thing.”

More Coverage of the Best Documentaries

The list of Reagan’s under-recognized racism is a long one. He vetoed sanctions against South Africa’s apartheid regime. He opposed 1964’s Civil Rights Act and 1965’s Voting Rights Acts, openly defended housing segregation by arguing that property owners had the right to “discriminate against Negroes,” and initially opposed the creation of Martin Luther King Day. Last year, newly-public tapes revealed that Reagan, during a phone call with then-president Nixon, laid bare the vulgar subtext behind much of his more refined bigotry. In the wake of the United Nations’ vote to recognize China, Reagan railed against the African leaders who had supported the measure. “To see those monkeys from those African countries,” he complained, “Damn them, they’re still uncomfortable wearing shoes!”

Like both Nixon and Barry Goldwater, according to Haney López, Reagan strategically deployed racism to provide cover for unpopular economic policies. Reagan stoked racism to court voters, but racism alone was not his “actual agenda,” says Haney López, who’s created an online course about the ways in which politicians have used racism to sell an anti-government, anti-working class agenda. “His actual agenda is turning people towards the idea that government ought to get out of the way of corporations and the wealthy, and that the wealthy are the real engines of social progress.”

But hateful rhetoric tends towards escalation—as the current Republican Party knows all-too well. “Racial demagoguery is a monster that the Republican Party uses to win elections, but can’t itself control,” says Haney López. “And so generation after generation of Republican officials lose to the more extreme racial demagogue. Donald Trump looks very different than Ronald Reagan. But on another level, Donald Trump is a consequence of Reagan.”

“Part of the reason I made the series was so people could understand the previous history of this type of political manipulation, and how it needn’t have a face as gonzo, or bizarre, or orange as Donald Trump’s,” says Tyrnauer. “It could actually come in a more genteel form. And in fact, it did.” 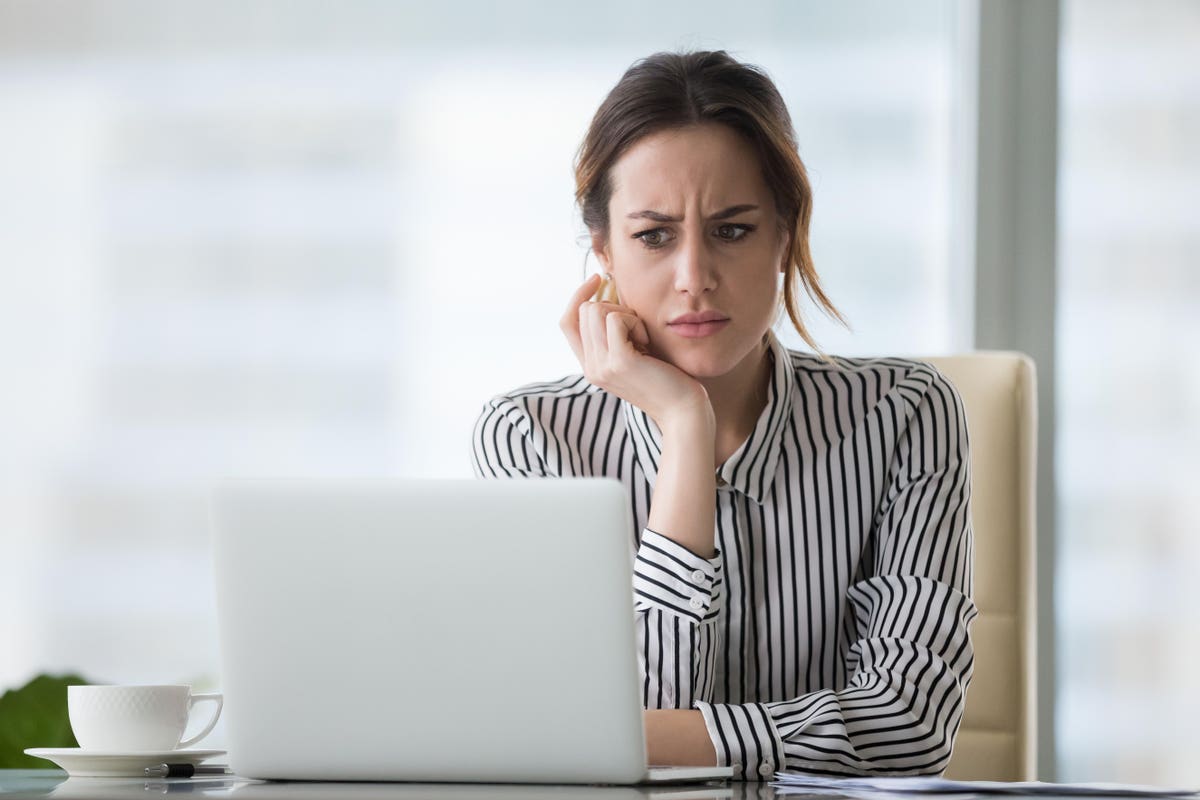 The True Cost Of Losing An RFP
6 seconds ago

The True Cost Of Losing An RFP Learn how to access funding for your startup at TC Sessions: Space 2020 – TechCrunch
2 mins ago

Learn how to access funding for your startup at TC Sessions: Space 2020 – TechCrunch 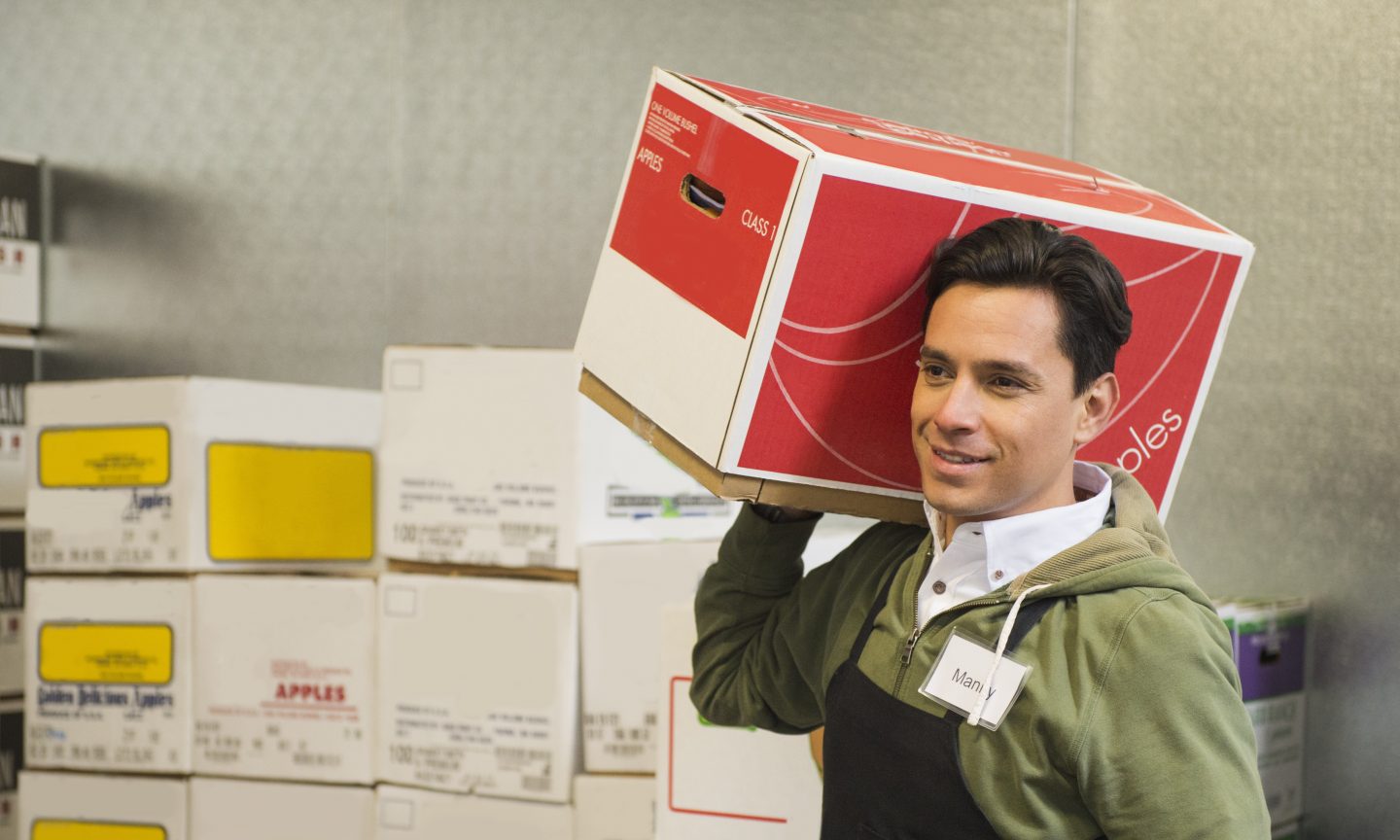