The Saturday Night Live season 47 finale is the end of an era, with several high-profile cast departures. Here’s everyone who just left SNL.

This week’s Saturday Night Live saw the departure of four long-time cast members, with the season 47 finale serving as their swan song. SNL has experienced some near-unprecedented security in the current era, with a number of cast members having been with the show for years. But, as with all Saturday Night Live alumni, eventually, even those stalwart names have decided to move on after this season.

Prior to SNL season 47, only Beck Bennet and Lauren Holt departed the show, despite swirling rumors that other big names would leave with them. But the Saturday Night Live family also added three new featured players in the form of Aristotle Athari, Sarah Sherman, and James Austin Johnson. Meanwhile, the talented Chloe Fineman and Bowen Yang were promoted to repertory players.

This season, however, is set to be the true end of an era for Saturday Night Live. Four big names who have been integral to the show for a decade (or just about) are departing after the season 47 finale hosted by Natasha Lyonne (proving that SNL must stop tapping non-actors like Kim Kardashian to host). Here’s every SNL cast member who just left the show.

Without a doubt, Kate McKinnon has been Saturday Night Live‘s backbone and brightest star over the past decade. Her introduction to the show in 2012 injected a breath of wacky fresh air into a show that had started to flounder a bit. McKinnon’s comedic timing and uncanny impressions are unparalleled, and arguably, no other SNL cast member regularly gets their colleagues to break like McKinnon. McKinnon was the queen of political impersonations, with some of her most beloved being Hillary Rodham Clinton, Elizabeth Warren, Jeff Sessions, Ruth Bader Ginsberg, and Rudy Giuliani. But by far Kate McKinnon’s best original SNL character is the sardonic Colleen Rafferty, who always seems to get the short end of the stick whenever abducted by aliens–which she has been. Many times.

If Kate McKinnon has been Saturday Night Live‘s backbone for the past decade, then Aidy Bryant has been its heart. Joining the cast the same year as McKinnon, Bryant has filled a very different role over the years but one that’s no less integral to SNL‘s success. Bryant has consistently been one of SNL‘s great scene-stealers, with her usually straight-woman, understated style of humor prone to catching audiences off-guard with how funny it is. Two of Bryant’s most memorable recurring characters, the naive and insecure Morgan from the “Girlfriends Talk Show” sketch and neighborhood spoilsport Jan Krang, are irreplaceable. Despite her comedic talent, though, there was nothing better than when Bryant broke; it was impossible not to laugh along with her.

Pete Davidson has been a veteran SNL presence for years and it’s easy to forget he was just 20 when he joined the cast in 2014, one of the youngest cast members ever to join SNL. Over the years, the show hasn’t always known what to do with Davidson, who has been slotted into slacker and low-key rapper roles. When he has reappeared as a character, however, like his modern rapper Lil Doo Doo, it’s stuck. His work with fellow cast member Chris Redd has resulted in a number of hysterical parody rap songs, including one memorable recent SNL skit where he posed as Eminem to explain NFTs. Davidson was also the cast member most prone to pushing the boundaries of jokes. Few cast members would have tackled an SNL skit about The Grinch in a threesome, but Davidson was always game to make the taboo joke that others wouldn’t.

Kyle Mooney, who joined SNL just a year after McKinnon and Bryant, hasn’t ever gotten as much attention as the other castmates on this list but has been a quietly solid presence for years. Like Davidson has been known for pushing boundaries, Mooney’s trademark is his zany, oddball characters, who are usually just a little bit (or a lot) off. Mooney was often teamed up with Bennett, the two unparalleled at parodying various reality shows, like their Real World parody skit “The House” or the SoCal public access version of “Weekend Update” known as “Inside SoCal.” Few characters of Mooney’s are as great as Chris Fitzpatrick, the angsty teen struggling to be a reality star, and the hapless comedian Bruce Chandling, who never met a set he couldn’t bomb. And despite the “Live” part of Saturday Night Live, Mooney regularly relied on pre-taped segments that were awkward comedy gold.

Next: Why SNL Season 47’s Dumbest Sketch Was Also Its Best

Alisha Grauso is a features editor at Screen Rant, as well as the editorial lead for Atom Insider with Atom Tickets. Previously, she was the editor-at-large and editor-in-chief for Movie Pilot. Her work can be found, or expertise cited, at Forbes, CNN, CBS, Variety, CNBC, Marvel, Business Insider, Birth.Movies.Death, Film School Rejects, and more. She’s also the co-leader of California Freelance Writers United, a grassroots organization advocating for smarter legislation and forward-thinking labor law for freelance writers in California and across the country.

Alisha has a Master of Arts in English from the University of Dallas and spent her years before jumping into entertainment journalism as an adjunct professor, a background that has come in handy in her editing roles. As a kid, her nose was always in a book or eyes glued to a screen, so it was inevitable she’d end up in two different worlds that are all about storytelling.

When she’s not working, you can find her on Twitter chirping about movies & TV, books, politics, ADHD, history, and sharing pictures of her cats @alishagrauso. Or you can contact her directly at alishag(at)screenrant(dot)com. 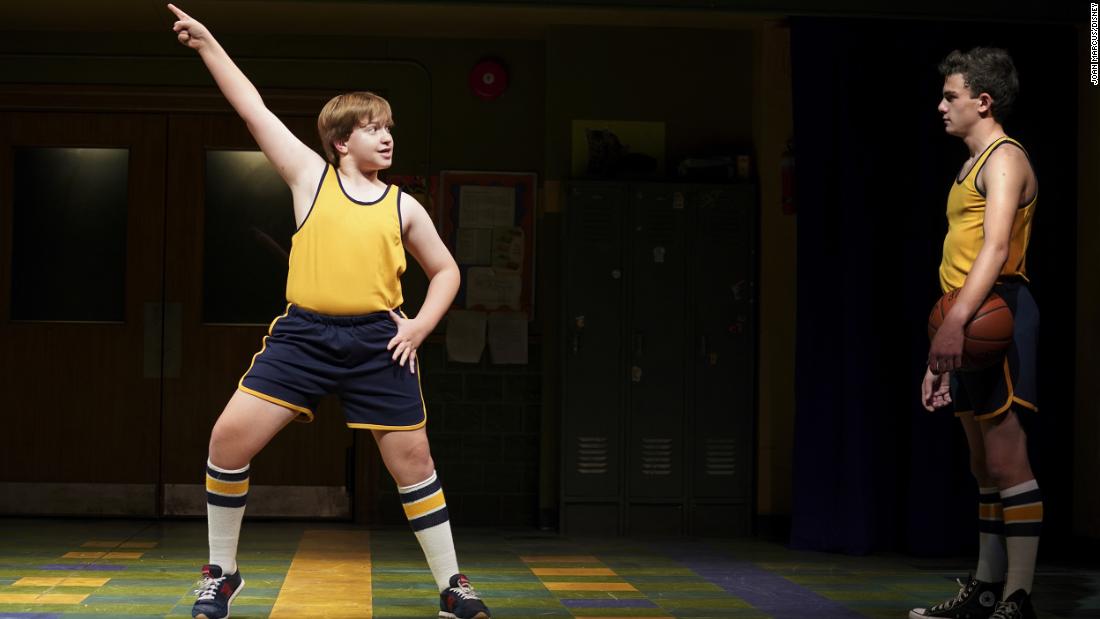 ‘Trevor: The Musical’ brings the story behind the Trevor Project to Disney+