Stephen Mulhern is all over our TV screens these days – but not much is known about his mystery love life.

The former magician has been very cloak and dagger about his relationships, but has occasionally let the rabbit out of the hat.

Stephen, who is back hosting a brand new series of Rolling In It tonight, has often remained incredibly tight-lipped about his relationship status over the years.

However, the 44-year-old did once open up about his romance with a well-known EastEnders star, which sadly disappeared in a puff of smoke.

The much-loved Saturday Night Takeaway and In for a Penny presenter last spilled the beans on his love life back in 2018.

Stephen confessed he was a “single pringle” and admitted his busy career had got in the way of finding true love.

Get the news you want straight to your inbox. Sign up for a Mirror newsletter here .

Spilling on his dating history, the funnyman explained why he thought he had been so unlucky-in-love thus far.

“Last time I went on a date was about four years ago,” he told Celebs Now.

He jokingly added: “That makes me sound really sad! I need a life. I need to stop working so much.”

Back in 2008, Stephen was linked to another famous face – EastEnders star Emma Barton.

The presenter started dating the popular actress a few years before she joined the cast of the BBC soap as ditzy but loveable Honey Mitchell.

The pair were said to have grown close while starring in pantomime production of Snow White in Birmingham.

Neither star ever confirmed the rumours at the time, although they were spotted out together for a duration of three years.

They never admitted they were an item, but when they went their separate ways in 2011, Stephen said his time with Emma came to a “natural end”.

Stephen hasn’t been linked to any other potential love interests since his split with Emma.

The Rolling In It host won’t be getting into the online dating scene anytime soon, as he’s said “no way” to all of that.

However, he is certainly “keen” to find a lifelong partner.

Stephen does give fans a small glimpse into his life on social media – with snaps inside his stunning home.

The ITV presenter owns multiple properties across the UK – with homes in Essex, Leicester and Barnet.

But the jewel in the crown is his luxurious London pad, which Stephen gave a tour to his fans in 2019.

His home boasts incredible interior design and an open-plan layout – with brown leather sofas, a gigantic flatscreen TV and huge marble island in his kitchen.

Stephen first rose to fame as a magician, learning tricks from his father as a youngster and performing at Butlins on holiday.

He became the youngest member of The Magic Circle, which led to an appearance on Blue Peter.

But he was suspended from the secretive organisation for revealing a magic trick on kids Tv show Finger Tips, which he presented with Fearne Cotton.

Stephen also hosted Saturday Showdown on CITV with Holly Willoughby and went on to present Tricky TV and Magic Numbers.

Stephen and Holly have always been incredibly close friends, which is why fans were stunned by a throwback clip of the pair locking lips.

While hosting a festive special of Saturday Showdown together, Stephen gave Holly a present with a green elf hat and some mistletoe inside.

However, when Stephen leaned in for a kiss on the lips she told him: “No! Stephen, you don’t count!”

Stephen replied: “What do you mean, I don’t count? Whoever you are under the mistletoe with you must kiss”.

After giving her another Christmas kiss, Holly exclaimed: “Don’t wear my lips out, I am going to be kissing Anthony from Blue soon…”

As Stephen went on to kiss her another three times over the course of the show, Holly took the hat off and said to Stephen: “You are definitely on the naughty list!”

After moving away from kids TV, Stephen reunited with his good friend Holly while presenting Dancing on Ice spin-off Defrosted in 2006 and 2007, as she hosted the main show with Phillip Schofield.

Stephen then went back to his performing roots by hosting Britain’s Got More Talent from 2006 until 2019.

He’s barely been off our screens since, fronting the revival of Catchphrase, reality series Get Your Act Together and daytime gameshow Pick Me!.

Nowadays, he’s probably best known for taking part in Ant & Dec’s Saturday Night Takeaway with the Geordie lads, which led to his segment In For A Penny becoming a show in its own right.

Stephen has admitted he prefers to lead a private life away from his career on screen.

“I’d never do a reality show,” said the presenter during an interview in 2019.

“I would never do Dancing On Ice or I’m A Celebrity… because I do like to keep myself to myself.

“You’ve got to do the kind of shows I do — it’s the shows you turn down that define you.” U.S. Troops Are Still Deploying to Iraq, Even as Afghan War Ends
1 second ago

What are tk domains? The small group of islands that dominates the internet
7 mins ago 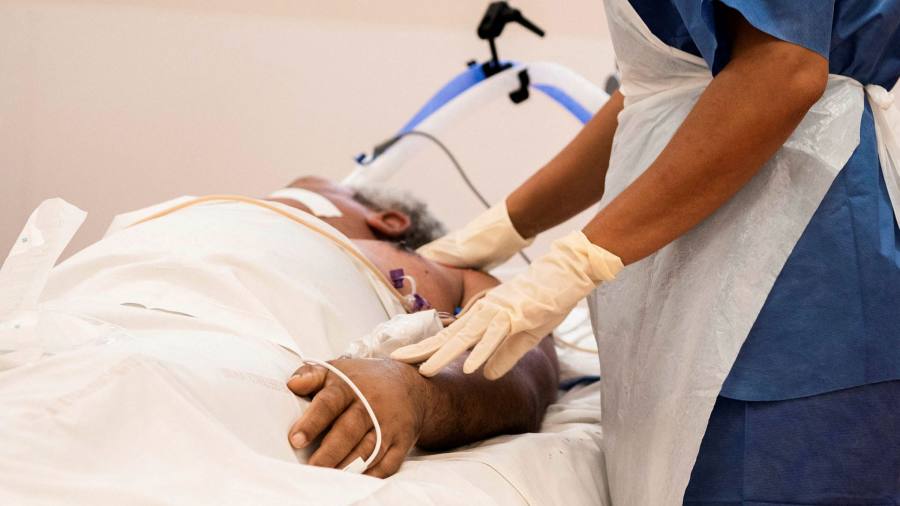