Nicholas Lyndhurst has broken his silence after the death of his 19-year-old son Archie.

The Only Fools And Horses star’s son was found at his family’s home in west London on September 22 and the circumstances of his death are said to be “non-suspicious”.

And doting father Nicholas, 59, spoke of his grief over the death of his actor son – who found fame on CBBC series So Awkward.

The grieving father shared on his painful loss in a statement, saying: “Lucy and I are utterly grief stricken and respectfully request privacy.”

Despite being a star himself, Nicholas was not keen on his son’s decision to become and actor.

Speaking to The Guardian in 2015, Nicholas discussed his response to when Archie revealed he had set his sights on becoming a thespian.

Nicholas said he remembered saying: “I can’t offer any advice other than please don’t do it.”

Sharing on talking about the idea with his wife, Nicholas added: “I told Lucy ‘If I ever hear him say the f-word – famous – the deal’s off- he never has. He’s filming his second series for CBBC, So Awkward, I wish I’d been as good as him at his age.”

Tributes have begun circulating on social media to the teenage son of Only Fools And Horses star.

CBBC shared some loving words about Archie, having given him his breakout role in So Awkward.

The broadcaster wrote: “We’re so sorry to have to tell you that Archie Lyndhurst, who so brilliantly played Ollie in So Awkward on CBBC, has very sadly died after a short illness.

“Archie will be hugely missed by all who worked with him, and by all the fans who laughed along with Ollie in the show.”

The actor was dating his So Awkward co-star Nethra Tilakumara for over a year.

During their time together, the young lovers jetted off to Amsterdam and Paris for a series of romantic breaks.

Nethra has yet to break her silence on her boyfriend’s death.

“Officers and London Ambulance Service attended. At the scene a man was found unresponsive. He was declared dead at the scene.

“His next of kin are aware. At this stage the death is treated as unexplained but not suspicious. A post-mortem will take place in due course.”

Emergency services were alerted to his home where Archie was declared dead at the scene last week.

A Metropolitan Police spokesman said of Archie’s death: “Police were called at approximately 9.41am on Tuesday, September 22 to a report of a concern for welfare.

An inquest into Archie’s death will be held next week.

If you’re struggling and need to talk, the Samaritans operate a free helpline open 24/7 on 116 123. Alternatively, you can email [email protected] or visit the site to find your local branch 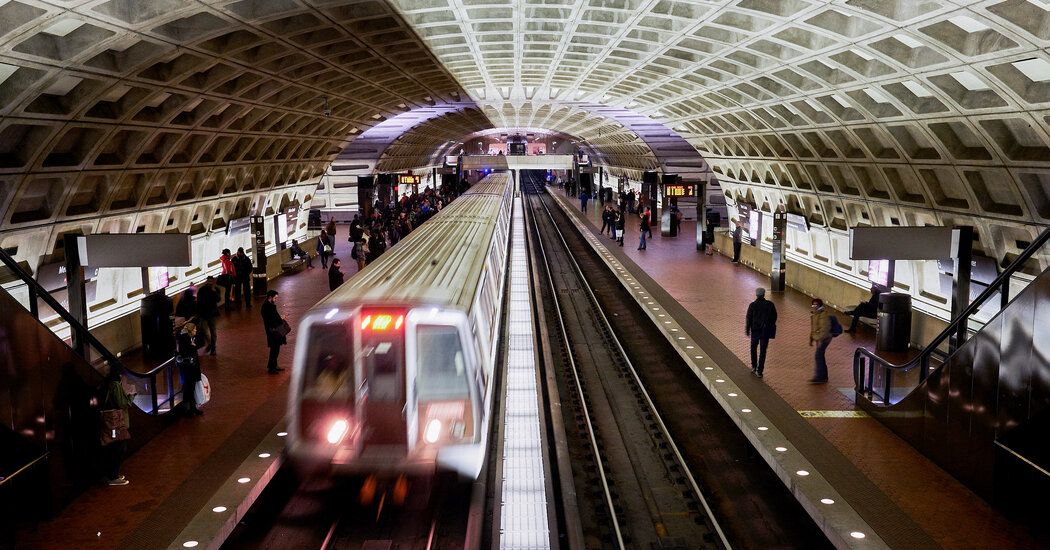 Washington Metro Pulls Most Train Cars From Service After Derailment

‘DWTS’ Recap: A Top Talent Is Eliminated After Len Makes A Last-Second Save
4 mins ago

‘DWTS’ Recap: A Top Talent Is Eliminated After Len Makes A Last-Second Save

Kris Jenner gushes over ‘most beautiful couple’ after Kourtney gets engaged