Michelle and Katie have helped each other through highs and lows for more than two decades. The liberty X star has vowed to support Katie amid her current woes.

Michelle Heaton has vowed to stand by her friend, Katie Price, after she was arrested following a car accident and has pleaded guilty with driving while disqualified.

The 42-year-old Liberty X star has been friends with 43-year-old Katie for the past 21 years – and have been through highs and lows together.

Price appeared at Crawley Magistrates’ Court a day after she was involved in a single-car collision that left her BMW flipped on its side on the B2135 near Partridge Green.

Price was told that her sentencing has been deferred until December 15 to allow her to have treatment at the Priory Centre and speak to the probation service.

Chair of the bench Julie Hutton handed Katie Price an interim driving ban, warning her: “We regularly send people to prison for driving whilst disqualified.”

Price was told that her sentence would be deferred on the condition that she have treatment at the Priory Centre, not commit any further offences, and be banned from driving in the interim.

She was told she must also engage with the probation service so a report can be prepared.

Earlier this year, Michelle revealed Katie had come to her aid when she had struggled with drug addiction and encouraged her to enter rehab.

On Tuesday, Katie flipped her car and on Wednesday pleaded guilty to drink driving, driving whilst disqualified and driving without insurance.

Taking to Instagram on Wednesday ahead of the hearing, Michelle vowed to her pal.

The star wrote: “As you all know, Katie was there for me when I needed her and I of course am there for her!

Katie was involved in a car accident on Tuesday morning
(

“Right now, please give us all space. And sorry to those requests to myself and my manager, we will not be talking about this or doing any interviews about it, unless Katie herself or her family wish me to.

“Our friendship over 21 years is built on trust.

“At this point I just reiterate what her family have already said and will support all in private.

“To anyone else out there who needs help – as for it and you’ll be surprised at the support that’s given to you. Asking is the hardest but first step.”

Michelle has vowed to help Katie following her arrest
(

Michelle’s response comes after a source close to her had suggested she wanted Katie to seek help following her reported car accident.

The source had told The Sun: “Michelle’s desperately worried about Katie and wants her to get help.

“Katie saved her life now she wants to repay the favour. She saw Katie last week and knew something wasn’t right – and today’s news only confirms her fears.”

And they added: “Michelle has known Katie a long time and has begged her to go back to rehab to kick her demons for good.”

Meanwhile, Katie’s own family have shared a statement in the aftermath of her crash and reported arrest.

The statement, released via social media, said: “This message has been written by Kate’s family.

“We hope that she will realise that she cannot battle her issues alone. We would kindly ask that the media and wider public give Kate the time and space she needs to seek the necessary treatment, so that she can hopefully return to the Kate we know and love as a mother, daughter and sister.

“We are concerned and worried about her deeply, we know she lives her life publicly and to many she is fair game, but as a family we hope she can find her path privately moving forward during this very difficult period in her life.

“We are not asking for sympathy – just that it is recognised that Kate is unwell.

“We take great comfort in reading the messages of support and love for Kate that we will pass on to her, in the hope that these positive messages will help spur her on.

Katie’s family released a statement on Tuesday following her arrest
(

On Tuesday, Sussex police confirmed to the Mirror that a 43-year-old woman had been arrested following an accident involving one car.

A police spokesperson said: “Police responded to reports of a single-vehicle collision on the B2135 near Partridge Green around 6.20am on Tuesday (September 28).

“A woman, 43, was arrested on suspicion of driving while above the legal limit for alcohol and drugs, and has been taken to hospital to be checked over.” 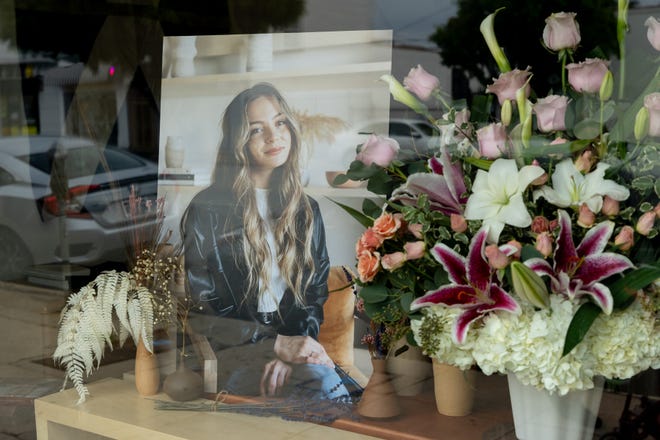 M&M characters redesigned for a
1 min ago