Being best mates with a Kardashian or a Jenner definitely has its perks.

Be papped with them enough and appear on their social media feeds a few times and before you know it you’ve got hundreds of thousands of Instagram followers and endorsement deals and you’re the envy of women around the world.

But what happens when it all comes crashing down?

The Kardashian ex-BFFs found out the hard way when their friendships came to an abrupt end….

Larsa Pippen, Kim Kardashian’s former BFF of more than 10 years seems to have avoided the curse so far amid rumours that she’s set to land her very own reality show.

Kim and Larsa, who shares four kids with NBA ex Scottie Pippen, had a mysterious falling out around the time of Kanye West’s controversial Presidential rally.

And after being Kim’s closest confident for more a decade, it’s said the star is worried about her secrets being spilled, especially after hearing Larsa was being offered her own show within days of the announcement Keeping Up With The Kardashians would be ending next year.

A source told Closer magazine: “Kim heard Larsa was in talks for her own reality show just days after they decided to end theirs. Kim’s upset about it because if Larsa becomes a global superstar, there’s a huge possibility she could eclipse Kim, stealing her fans and her business empire.”

Kim and Larsa unfollowed each other on social media around the time of Kanye’s public meltdown and have remained distanced from each other ever since.

Kim was said to have suffered a further blow when her other best friend Jonathan Cheban was spotted out having lunch with Larsa in Miami last week.

Larsa is already an old hat at reality TV, having appeared regularly on Kim’s family show over the years and more recently, on Netflix’s Selling Sunset.

The insider went on: “Larsa’s been privy to some of Kim’s darkest secrets over the years, and now she’s on a mission to become the next big reality superstar and emulate the Kardashians with her own brood, so Kim’s worried she’ll have no qualms about revealing all the juicy stories from their past now the loyalty between them has been severed – and destroy everything Kim has worked so hard for over the years.”

Larsa and Kim fell out around the time of Kanye’s controversial Presidential rally and the string of tweets he posted afterwards.

He made a series of wild statements about Kim and her family and also cryptically tweeted Larsa’s name next to a thinking face emoji.

Fans speculated that Kanye was referring to rumours that Larsa had been getting a bit too “friendly” with Khloe’s ex Tristan Thompson.

Speaking of Tristan Thompson, his snog with Kylie Jenner’s then-BFF Jordyn Woods led to the most well-publicised of all BFF fallouts.

Jordyn was so close to Kylie that they lived together, she provided the voiceover to Kylie’s daughter Stormi in her “I’ve secretly had a baby” YouTube video that broke the internet, and was considered a bonus sister.

They’d been mates since school and were inseparable, until that one fateful day when she kissed Khloe Kardashian’s baby daddy.

Jordyn found herself dumped from the family she’d once been a huge part of after it emerged that she’d shared a kiss with Tristan at a house party.

It was the second time that the basketball player left Khloe publicly humiliated by cheating on her.

Jordyn moved out of Kylie’s home and was shunned by the entire family, who all quickly unfollowed her on social media.

It was tough for Kylie, but ultimately, she had to side with her famous family.

Jordyn defended herself as she told her side of the story on Jada Pinkett Smith’s Facebook Watch show Red Table Talk, but it wasn’t enough.

Khloe was seen screaming “Liar” as she watched the interview.

While Jordyn did disappear for a little while, she’s still got more than 11 million Instagram followers, modelling gigs, magazine covers and a successful YouTube channel.

But one thing she’ll never have again? A key to Kylie Jenner’s place.

At one point, Blac Chyna was so in with the family she was going pole dancing with bestie Kim and momager Kris Jenner.

Chyna welcomed a baby with Rob, Dream Kardashian (the only one to carry on the name so far) and they got engaged.

But when they broke up, she ended up at war with the entire family.

She’s currently embroiled in an ongoing legal battle with the family.

She has accused them of conspiring to get her reality show Rob & Chyna cancelled.

She claims that the Kardashians spread lies about her in order to convince producers to axe the show, which was a spin off of Keeping Up With The Kardashians.

It ran for just one series in 2016 and followed Rob and Chyna during their whirlwind engagement and pregnancy.

The Kardashian family have denied all allegations of wrongdoing and say they had nothing to do with the decision to axe the show.

They say the show was actually binned because Rob and Chyna were having relationship issues. They later split and Rob has custody of their three-year-old daughter.

While she might not have exactly been at BFF level, Taylor Swift was once super friendly with Kim and her husband Kanye West.

They’d someone made up after Kanye left poor Taylor devastated and mortified when he stormed the stage at the 2009 MTV VMAs to insist his mate Beyonce should have won the award Taylor had just picked up, but it went sour again years later.

Things went south when Taylor denied that she ever gave Kanye approval to call her a b***h in his 2016 song Famous.

Kanye rapped the lyrics: “I feel like me and Taylor might still have sex. Why? I made that b***h famous”.

He also used a naked lookalike of her in the music video.

Kanye and Kim leaked an edited snippet of the phone call to prove they were telling the truth, in which Taylor appeared to approve of the lyrics and thank Kanye for giving her a heads up.

But the singer hit back hard, saying she had never and would never give permission for someone to call her a b***h.

Make up artist Joyce Bonelli was friends with the Kardashian-Jenners for 10 years, until it all went horribly wrong.

All of a sudden, Joyce was unfollowed by all five of the sisters as well as their momager Kris Jenner.

It’s alleged they fell out after Joyce tried to cut the Kardashians out of a deal that would make them a lot of money.

She also once claimed she had come up with Kanye’s “that s**t crazy” tagline for a song he did with Jay-Z.

She denied she had been fired by the family, but she’s since been replaced with make up other artists, including Ariel Tejada.

Stephanie Shepherd worked as Kim’s assistant for years before Kim let her go when she said she wanted to take on a larger role within Kim’s brand and businesses.

But Stephanie wasn’t lost to the family, as she then struck up a close bond with Kourtney.

The tension the friendship caused was discussed on KUWTK, with Kim admitting she felt a little awkward knowing that Stephanie was such good pals with Kourtney.

It caused tension between Kim and Kourtney too.

Kourt told her sister that Stephanie had confided in her that she’d been “unfulfilled” by her job.

“I do think it’s inappropriate for her to talk to you and not to me,” Kim said.

Kim once revealed during an appearance on Watch What Happens Live with Andy Cohen that her entire family had unfollowed stylist Monica Rose on social media at the same time.

But she insisted it was all down to her own drama with Monica, and that her sisters hadn’t really been involved.

Kim discussed the speculation that Monica was the reason Kanye stepped in to revamp his wife’s style by hiring a whole new team for her.

She said: “So I think people think that’s the reason, and for me, maybe that is the reason. Worth Watching: Paramount+ Arrives, ‘Superstore’ Cleans Up, a Valentine for ‘Mom,’ Fallout for ‘Clarice’
9 seconds ago

Worth Watching: Paramount+ Arrives, ‘Superstore’ Cleans Up, a Valentine for ‘Mom,’ Fallout for ‘Clarice’

UFC agrees to show DraftKings betting odds in its broadcasts 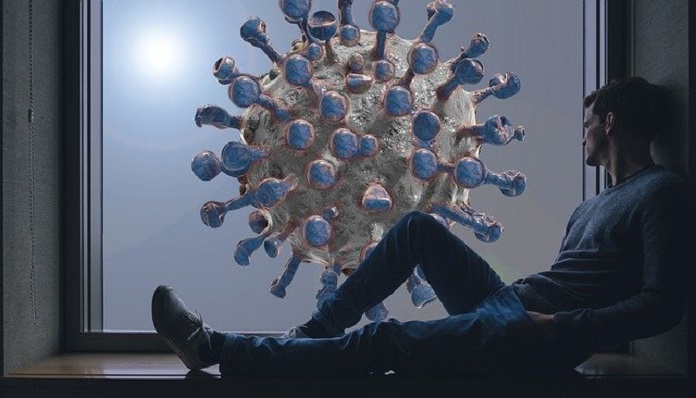 PTSD in patients with severe cases of COVID-19