By Jamal Grootboom 11h ago

Initially, a clip started floating around on TikTok of Marinova’s make-up and prosthetics being taken off after show, which caused major backlash.

The video was quickly deleted by the user after many TikTokers called it out for being racist since Marinova is in blackface.

##greenscreenvideo and the video is still up smh ##fyp

Soon afterwards a clip of Marinova performing “Jerusalema” in blackface as Nomcebo started circulating on Twitter.

are my eyes deceiving me….. pic.twitter.com/rOVMr6QTnn

This saw Black Twitter outraged that the audience, judges and the overall concept of the show of putting people in blackface to perform the songs of POC/Black artists was deemed acceptable.

Y’all that’s a white woman in blackface this is some sick shit pic.twitter.com/SO2PVgxuIL

wtf is wrong with the no color people https://t.co/Pp4m8Ah51Y pic.twitter.com/McONVV9uEo

They don’t give a damm https://t.co/LJEimd4BwB

At this point I’m tired of being offended 🤣. https://t.co/5pVgP6bbjN

While Twitter users were commenting about the video, they also brought to light that Polish show “Twoja Twarz Brzmi Znajomo” is also putting their contestants in blackface.

A performance with a recent constant showed him also in blackface as Jason Derulo.

So Blackface seems to be a thing in Poland. Here they are “dressed” up as Ella Fitzgerald, Bill Withers #jasonderulo and someone else I couldn’t figure out. pic.twitter.com/IJbXv34ZW9

Last year, the issue of blackface surged in the local and international entertainment sphere with many comedians, TV and actors either removing episodes that could be perceived as them doing blackface or apologising for doing blackface.

Local actor, comedian and producer Leon Schuster also came under fire for his back catalogue of films since he appeared in blackface in many of them.

Following this streaming service, Showmax removed all his films.

In a statement to IOL Entertainment, they confirmed that they removed Leon Schuster’s films from their catalogue while they undergo a process to review them for any “racially insensitive material”.

“We removed Leon Schuster content as a precautionary measure, pending a review to ensure there is no racially insensitive material.” 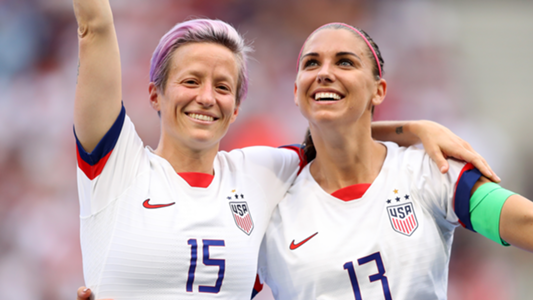 When are the USWNT fixtures in 2021? U.S. team match schedule
5 mins ago

Should You Cook With Butter or Oil? Well, That Depends
7 mins ago

Should You Cook With Butter or Oil? Well, That Depends