First day of school for kindergartners at Plaza Vista Elementary School in Irvine on Sept. 24.

First day of school for kindergartners at Plaza Vista Elementary School in Irvine on Sept. 24.

The big question now is whether Gov. Gavin Newsom’s move to set aside about 75,000 vaccine doses a week for teachers and other school employees will break the school reopening log jam in many districts.

Another is whether it will allow him to reach an agreement with the Legislature on a plan to get students back to school more quickly than lawmakers there have in mind, and as many parents are demanding.

At a mobile vaccination clinic at the Alameda County Office of Education in Hayward on Friday, where some 750 school employees have been vaccinated over the last three days, Newsom indicated that he would request local health officials to set aside 10% of their vaccine doses for school staff and child care workers, beginning on March 1.

Three weeks ago, Newsom was still trying to nudge districts to open schools at least for elementary instruction by mid-February. At the time, he rejected the notion of trying to vaccinate teachers before returning to class. “If everybody has to be vaccinated, we might as well just tell people the truth, there will be no in-person instruction in the state of California,” he said.

But that date has come and gone. Democrats in the Legislature this week rejected key elements of his school reopening plan. At the same time, the pressures have grown intense, not only to open schools, but also to vaccinate school employees first.

“If districts are going to plan on opening, they need to make sure that the educators who are going to be in front of the classes when they reopen have the vaccine,” California Teachers Association president E. Toby Boyd told the EdSource podcast This Week in California Education.

Even President Joe Biden seems to be tilting in that direction. At the first town hall event of his presidency this week, he told CNN’s Anderson Cooper “we should be vaccinating teachers. We should move them up in the hierarchy.”

The issue has also become increasingly politicized, embraced by Republicans as a cudgel against Democrats, effectively arguing that they are bowing to the wishes of Democratically-aligned teachers’ unions.

Now it is emerging as a major issue in the drive to recall Newsom, which is backed by a range of conservative individuals and organizations, including some on the far-right.

Just this week, former San Diego Mayor Kevin Faulconer, a prominent Republican already campaigning for governor — though the recall has yet to be put on the ballot — came to San Francisco to blast Newsom for what he called his “failed leadership” on reopening schools. Standing outside a closed school he said, “How on earth are private schools open where teachers are teaching safely, kids are safely learning — and it’s not happening in public schools? It’s unacceptable.”

With that argument, Faulconer could tap into the frustration of parents who are Democrats but are threatening to support the recall should schools not reopen soon.

Under California’s peculiar recall rules, the top vote-getter in a recall election wins, regardless of the percentage of the votes he or she receives. Despite Democratic dominance in the state, it is possible to imagine a scenario where a candidate who gets most Republican votes, a majority of independents and a small percentage of Democrats could win.

Newsom has not spelled out whether school staff would need to wait the required three to four weeks before getting the second dose, and another two weeks thereafter to be fully immunized before they reenter the classroom. Were that to be the expectation, it would mean that many teachers would not be in school until early to mid-April at the earliest — a similar timeline contained in the legislation that Gov. Newsom rejected this week as too slow.

The decision to reserve vaccines could open up a controversy over whether teachers and other school staff should be given priority in vaccinations. One complication is that Newsom, other California health officials and new CDC director Dr. Rochelle Walensky have all argued in recent weeks that vaccinations are not necessary to open schools safely, Developments in Long Beach could hint at what lies ahead. The school district this week became the first in the state to announce that it would open some of its schools at the end of March, after all teachers who chose to be vaccinated are fully immunized.

Along with only three other cities in the state, Long Beach has its own public health department, so it has more flexibility over whom to vaccinate than districts with county-run health departments.

By the end of this week, the city anticipated that it would have vaccinated about 3600 teachers, including many who are already getting their second doses.

The first question posed to Long Beach Mayor Robert Garcia at a briefing Thursday on the school reopening plan was why otherwise healthy, younger teachers should get the vaccine before Californians over 65 or with other health conditions that put them at far greater risk.

Garcia explained that teachers were already prioritized in Phase 1B to receive the vaccine, along with other priority groups like those over 65, food and agricultural workers and those providing emergency services. Local health authorities could decide how they wanted to prioritize different groups within the tier.

“As a former teacher, if we are going to expect teachers to be back in the classroom, and for parents to feel safe sending their kids back, I strongly feel that teachers and staff should be vaccinated,” Garcia said.

By reserving 10% of vaccines for teachers, 90% would still be available for all the other groups in the high priority tier.

Even though the Legislature did not act on Newsom’s “Safe Schools for All” plan that he announced last December, in recent weeks schools in California have begun reopening for in-person instruction, based on a key provision of the plan that did not require legislative approval. It allows elementary schools to open when their counties are still in the state’s “purple” tier, as long as the average daily rate of new coronavirus cases in their county is under 25 per 100,000 residents. But in many districts, teachers or their representatives are balking at going back to school even in the “red” zone, where the average rate of positive cases is under 7 per 100,000, unless they have been vaccinated. The vast majority of students in the state continue to receive instruction via distance learning.

Vaccines, of course, would be just one element, albeit an important one, of a complicated health and safety regimen schools have to implement. By making vaccines available to school employees, Newsom is trying to get vaccines off the table as a stumbling block. Whether this gesture will be sufficient to entice school employees in sufficient numbers to return, or whether they will still have other concerns will only become clear in the weeks ahead. Also unknown is how long it will take for teachers to be vaccinated, and whether they will argue that they need to wait until they have developed full immunity before returning.

That could delay reopening in many districts — leaving this contentious issue as a source of frustration and even anger for many parents, and a political weapon for Newsom’s political opponents for many more weeks, or months.

The original version of this story indicated that Gov. Newsom spoke at a vaccination site in Oakland. It was in fact in Hayward. 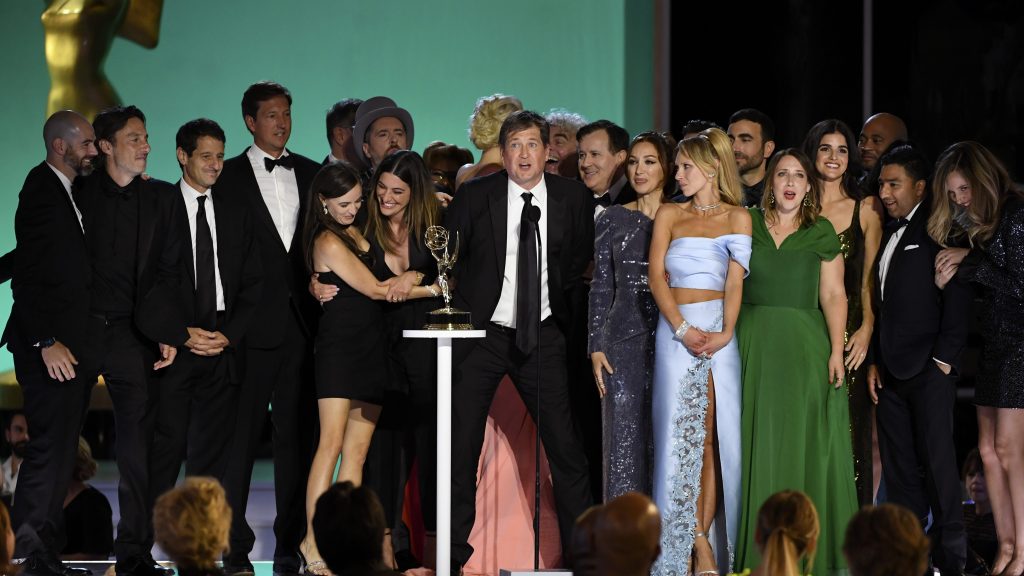