About a dozen students temporarily suspended or put on probation for breaking their college’s COVID-19-related public safety rules have sought legal support from civil liberties advocates. The students say they were punished for behavior on or off campus without being given an opportunity to explain their actions or defend themselves.

Andrew Miltenberg, a prominent lawyer who represents students in claims of due process violations, said he has been “informally counseling” six first-year students at Syracuse University, Notre Dame University, Elon University and other colleges who said they violated public health directives — at times accidentally — and were put on probation without a formal hearing or the chance to state their case to university officials. The Foundation for the Individual Rights in Education, or FIRE, a campus civil liberties watchdog, received six similar complaints during the weekend of Aug. 29 to 30 and has since been “inundated” with reports from students claiming they’re unfairly facing suspension, said Will Creeley, director of legal and public advocacy.

But despite how unfair students perceive swift disciplinary sanctions to be, university student conduct officials must weigh removing individual students that pose potential public health or safety risks with the need to keep others on campus safe. Martha Compton, president of the Association of Student Conduct Administrators, or ASCA, said colleges’ conduct codes typically allow officials to initiate interim disciplinary measures, such as a temporary suspension, to keep students away from campus if they pose such risks.

“There’s a balance there between the individual rights of the student to have a fair process but also the health and safety of the campus,” Compton said.

These policies can also be used when students are accused of sexual assault or possession of a firearm. Compton said “almost all” interim measures come with a subsequent appeal process and a “relatively quick turnaround time” for students to make their case to college officials.

Despite the expected opportunity to appeal suspensions or other sanctions, Creeley said FIRE is receiving formal complaints about college disciplinary actions on a daily basis. He said the organization’s leaders worried that college officials would overstep their authority to regulate off-campus student behavior once the fall semester got underway — and they now believe that might be happening.

The complaints so far have come from students punished for hosting or attending social gatherings, including some off campus, where they said they were following local and state health directives that were less strict than the rules on their campuses, Creeley said.

“While schools take reasonable steps to keep staff, students, the larger community healthy, discipline has to be accompanied by proper procedural action,” Creeley said. “If a student violates guidelines, those guidelines should’ve been clear, pre-published, must be consistently enforced and there has to be an opportunity for a student to tell their story.”

Miltenberg said one of the students he’s working with was removed from a campus residence hall because a suite mate, who lives in a separate room but shares a bathroom, hosted a 10-person gathering. All of the suite mates were punished, although not all them hosted or attended the gathering, he said. Some students claim they were not given clear guidelines on how to quarantine upon arrival to campus. Some colleges, such as Syracuse, established guidelines for students in quarantine, including “one hour of designated outdoor time” each day and “designated routes to walk, jog, run, roll, etc. during this time.” Students were otherwise not allowed to leave their buildings during quarantine, according to a university document.

“I’m sure in some cases students are directly flouting clear school rules,” Miltenberg said. “But I’m not talking about the kids who are sitting and drinking in one room with 20 people in there, sweating and breathing on each other. There are situations that arise on a daily basis and I don’t think schools planned well in terms of what quarantine would look like.”

Sarah Scalese, senior associate vice president for communications at Syracuse, said in an email that on-campus quarantine expectations were made “very clear” to students through multiple forms of communication.

Miltenberg said most of the students that he’s been counseling have been put on a “zero tolerance” probationary period without notice of an opportunity to have a follow-up conduct hearing. These students were not banned from campus, but they were told if they commit another offense, they will be, he said. The student at Elon, for example, was sent a notice of being placed on probation, without any notice of a follow-up investigation or a disciplinary hearing to allow the student a chance to explain what happened. Miltenberg said such scenarios are not normal conduct processes.

The student was one of 32 who attended a large gathering during the week of Aug. 14 that violated North Carolina’s public health guidelines. Dan Anderson, vice president of university communications, said all of these students will have a hearing process. Seven other students who were banned from campus because they hosted the gatherings will be permitted to schedule a meeting to “review their behavior and to outline the process used to resolve the allegations,” Anderson wrote in an email.

“We have the authority in our policies to remove them from campus because they’re a threat,” he said. “Because of the size and nature of those gatherings, we took these steps while we go through the judicial process.”

The 32 other students are awaiting conduct charges and a hearing but have not been restricted or removed, and all the students will “have full due process through the student conduct policy,” Anderson said.

“There’s no way we put someone on probation without a hearing and appeal process,” he added.

FIRE’s 2020 Model Code of Student Conduct, a document that the organization publishes as a guide for student affairs administrators, said interim measures are “an extraordinary remedy” and should only be used when a student poses a “direct threat” and a “significant risk to the health and safety” of members of the college. The document also said a hearing for such measures should take place within 72 hours of a student’s notice of discipline. Creeley said FIRE is also preparing guidelines specifically related to violations related to the pandemic in response to the numerous student complaints it has received.

“Suspending a student without a hearing is generally a violation of due process,” the FIRE document said, citing federal court cases. “However, when campus safety is at issue, the college may take immediate action to suspend a student based upon reliable information that his or her presence on campus could threaten physical safety, but ‘the necessary notice and rudimentary hearing should follow as soon as practicable.’”

Compton, of the ASCA, noted that it’s difficult to know what information college officials might have had to necessitate immediate punishment. Students also may have agreed to terms separate from official codes of conduct, such as residential housing contracts or additional behavioral compacts that some institutions implemented to enforce public health guidelines, both of which could be subject to stricter regulation, she said.

Though officials will pursue suspension in the most serious of cases, there has been a “continuum of responses” to students breaking coronavirus-related rules, most of which are not being publicized, Compton said. Sometimes it’s as simple as asking a student to lift their mask to cover their nose, she said.

“A lot of student conduct folks are in a tricky spot,” she said. “By nature we’re educators — we try to solve things at the lowest level possible, be as restorative as possible … It’s a rock and hard place for a lot of folks. We want to be supportive of students, but there’s such a short window.”

Steve Sears, acting vice president of student affairs at Providence College in Rhode Island, temporarily suspended 17 students before the start of the semester on Aug. 31 and said the college ideally wants to avoid such punitive action. He declined to say why the students were issued interim suspension but said various types of violations occurred.

“We wouldn’t suspend someone unless we thought it was significant enough that they were putting themselves in danger or someone else,” he said. “Anything relating to the safety of others, we consider grave.”

Sears said taking the action was “disappointing” after the college had communicated public health requirements several times to students and parents through emails, weekly webinars, letters and a specific addition to the college’s conduct code related to COVID-19 that students were required to acknowledge they read. Compton said administrators have the obligation to communicate with students about expectations in emails, but students also have the obligation to read them.

Scalese, at Syracuse, said in an email that the university has posted the contents of its “Stay Safe Pledge” throughout its campus with “hundreds” of signs and handouts. The university hosted more than a dozen Zoom sessions with students and parents before the start of the fall semester to “provide important information and address concerns,” she wrote.

At Notre Dame, students subject to quarantine or isolation signed a specific compact outlining the expectations of being in university housing, Paul Browne, vice president of public affairs and communications, said in an email. The university reverted undergraduate classes to online instruction for a two-week period until Sept. 2, after positive coronavirus cases rose. Some 87 students were in the conduct hearings process as of Aug. 28 for “violations of varying levels of gravity,” President Reverend John Jenkins said in an announcement.

Sears, at Providence, said his hope is that suspended students will reflect on their behavior and learn from the consequence. Other students he’s met with have been less concerned about their peers putting others at risk than prompting the college to return to online-only instruction and to send all students home.

“Most of our students are just so happy that we’re open,” Sears said. “That’s the majority of the responses that I’m getting — ‘Why would anybody do that? We waited so long to get back, why would anybody risk that?’” Eating disorders among teens surging during the pandemic 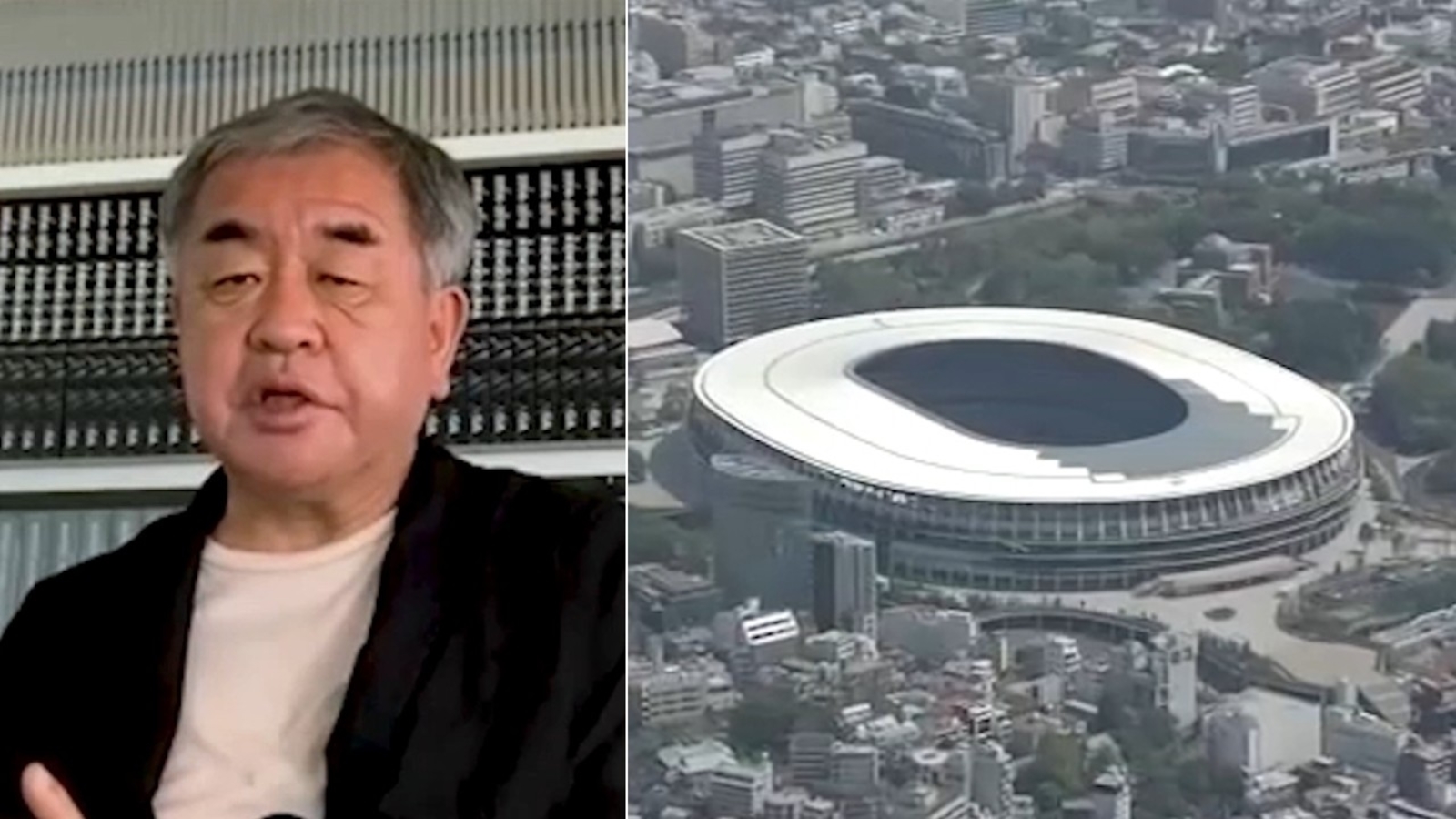 The deeper meaning behind the Tokyo Olympic Stadium
2 mins ago

The deeper meaning behind the Tokyo Olympic Stadium 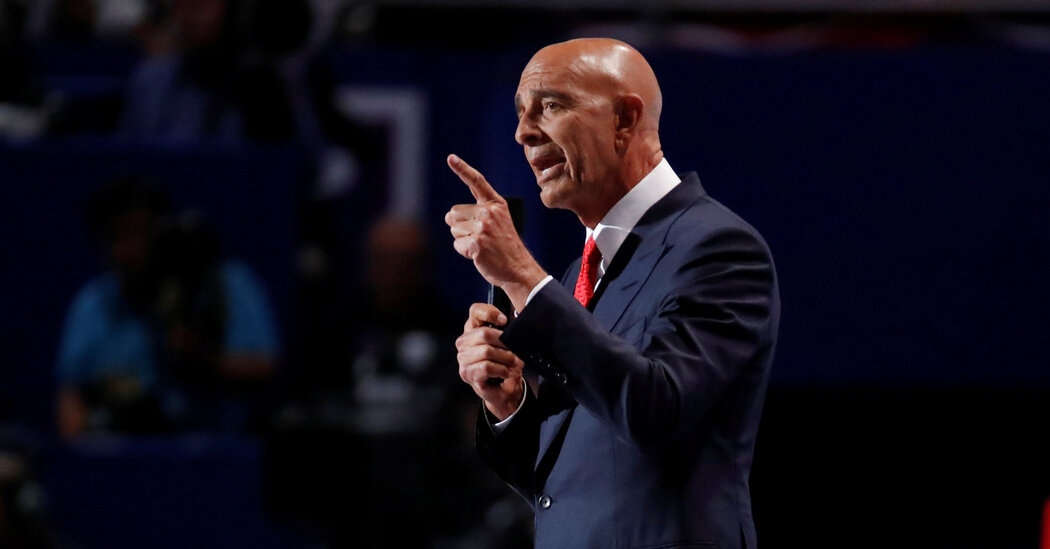 Thomas Barrack, Trump’s friend and fund-raiser, is freed on $250 million bond.
4 mins ago