For all of us, this is an academic year unlike any we’ve experienced. The health of our faculty, staff and students (and their family members) is under constant threat. Our financial and operational planning is repeatedly stymied by never-ending surprises and setbacks. Beyond all that, the social and environmental challenges we face take every last ounce of wisdom and courage. For many of us, even frenetic planning fails to alter the fact that the ground under our feet feels unsteady.

It is in this slightly surreal context, and, specifically, in the context of a new hiring cycle, that we reach out to fellow deans and directors. It seems fair to expect that in the midst of all that’s going on, our hiring teams will do what comes naturally during uncertain times: retreat from risk taking. Yes, they may give new — and needed — attention to such candidate qualities as “can contribute to institutional values of inclusion and social justice.” But they will probably be oriented to making decisions within their most basic comfort zones, accepting and hiring people who won’t disrupt the institution’s status quo.

We have good reason, however, to take new risks. The need to innovate and improvise, while staying grounded in an orientation of care, has never been greater. We write to urge fellow deans and directors to take one specific and calculated risk to that end during these tumultuous times: hire faculty and staff members who possess a bent for mischief.

We use the term “mischief” advisedly. Yes, it fits awkwardly within the sober culture of academe. But the term succinctly describes the people we in higher education need in greater numbers: those possessing not only creative playfulness but also a natural and driving impulse to nudge against tradition and, using a mix of empathy and impatience, disrupt a community’s business as usual.

What might it mean for our search committees — so often inflexibly oriented toward an institution’s status quo — to privilege candidates possessing a bent for mischief? And what does having “a bent for mischief” or being a “mischief maker” actually mean?

It has been our privilege to serve as deans in our performing arts communities for more than 23 years. Repeatedly, we’ve seen that where major innovations have occurred — whether radical overhauls of institutional systems and operations, major revisions to traditional curricula and performance programming (like Presto! Tours or ShenCoLAB), advancement of difficult conversations and work that matters (such as antiracism), or the building of a culture of philanthropy — those innovations have always advanced thanks to the leadership of faculty and staff members who share what can only be described as a bent toward mischief.

Mischief makers can be found in every area of a university, including among students, staff, faculty, administrators and trustees. And as we’ve become increasingly aware of such individuals, we have sought to understand what distinguishes them from their colleagues. In considering the faculty and staff mischief makers within our own institutions and in further analyzing their role as catalysts for change and innovation, we’ve found all appear to share the following five traits.

A fairly keen understanding of lines that shouldn’t be crossed. It might be said that these individuals seem to naturally practice what behavioral scientist Peter McGraw has called benign violations — that is to say, they regularly transgress certain social norms but not so much that their actions are truly objectionable. Oriented toward generosity, they model relatively judicious risk taking for others.

Put differently, and using the language of Debra Meyerson, they seem to function as tempered radicals; they help lead important change through their individual and subtle action. Their natural orientation, it seems, is not to lead rebellion but to nudge against the status quo — something so very valuable to our institutions when so much of the status quo deserves alteration, and where forced change is rarely successful. An example might be a senior staff member who repeatedly navigates institutional bureaucracies by strategically exploiting relationships and understanding that small acts of rebellion — and called favors — can result in acquiring needed resources or responses without causing grave offense.

A sense of humor. Many of these bold and mischievous leaders seem to be effective in part because they consistently bring that humor to their work. They seem to possess a natural ability to build communities around laughter, joy and finding positivity in the hard work and occasional chaos of our educational communities. If workspaces can be defined by the presence of sighers (people who focus on the amount and difficulty of work) and laughers (who easily find humor in the work), then these mischief makers are definitely laughers. (Perhaps Clive James was right when he asserted that common sense and a sense of humor are the same thing.) Take the division chair who, when a faculty conversation grew tense as it increasingly focused on a gap between vital program needs and available finances, instinctively introduced some sardonic humor and made light of the situation — reducing tension and allowing progress to be made around planning.

Impatience and resiliency. Repeatedly, we have seen mischief makers doggedly nudge others and their community toward a goal, their impatience of a type that the late preacher Peter Gomes described as follows: “Impatience is not the opposite of waiting; it is the opposite of self-satisfaction.” For example, one of us worked with a program director who pushed relentlessly toward a desired major change, swiftly advancing a request up the ladder until a compromise that met the program’s needs was reached.

Resiliency is also, of course, vital in academe. Higher ed institutions are notorious for having systems and processes that typically slow significant change to a glacial pace, as well as an organizational design that often discourages assertive questioning. We know a senior faculty leader and student affairs professional, for instance, who has steadily developed an arsenal of responses and strategies to moments of tension and difficulty so as to remain able to retain agility and poise through the most challenging of conversations.

Resiliency is also crucial because of the furious pace of change surrounding us. If anything has become frighteningly clear at the start of this century’s third decade, it is that the rate of change is not going to slow down. Marcy Klevorn, the former chief information officer at Ford, put that reality into stark relief a few years back when she reportedly explained to a group that “this is the slowest rate of change that you’re going to experience for the rest of your life.” It’s a sobering thought — that technology and things around us will only become more unfamiliar with each passing month and year. And, of course, resiliency is needed now within the academy because, on top of all the typical challenges faced and a pandemic to boot, we face a pressing opportunity to reshape systems and structures to address social injustice and racism with full honesty.

An ability to connect to others from the heart. Whether instinctively or purposefully, these mischief makers seem to understand that we all are not thinking machines that feel but feeling animals that think — and that connecting at an emotional level is often as important as, if not more so than, employing reason.

It doesn’t take much living to realize that even the most skillful use of critique and argument can be insufficient when it comes to changing hearts and minds, especially around contentious issues. In being able to lead from both head and heart — in having an ability to see and navigate the emotional terrain of relationships without being always beholden to them — our mischief makers often refuse to look away from more difficult and intractable challenges. While they can be insistent, their possession of an orientation toward relationship maintenance and repair means they have the capacity to navigate difficult conversation with an empathy for the other.

When combined with the previously listed traits, this trait makes these mischief makers vital allies in any community that seeks to provide space for change. We’re thinking, for example, of a faculty member who has on multiple occasions joined in departmental conversations at particularly difficult junctures and spoken of a heartfelt experience and concern. Their comments have enabled the group to feel reconnected and allowed the planning process to progress, newly attuned to core values and working relationships.

Before you dismiss the above list of traits as being suspiciously rosy, let us admit four caveats.

First, while all the qualities we’ve described can prove valuable in most faculty or administrative leaders, having a mischievous orientation isn’t always an asset. Roles do matter. While we would be happy to see traits such as obstinacy, resilience and humor in our head of finance, we would be even more grateful to see her possessing a predilection toward caution.

Second, the possession of a bent for mischief can enable highly competent people to be exceptional allies in any institution’s push toward innovation. That is to say, having a bent for mischief isn’t sufficient on its own — competency in other areas remains critical. Mischief makers can be poor scholars or great ones. They can be effective allies of action toward social justice or not.

Third, as we know from our own experiences, permeation matters. The greater the number of faculty and staff members in a community with a bent toward mischief, the easier it is to further attract and hire more mischief makers. In both of our conservatories, we have found that once word gets out of a place where people can take risks and do things differently, mischief makers become increasingly attracted to join — sensing a place where they are not only tolerated but celebrated. Getting started in purposefully increasing their presence within a community is key.

The fourth caveat is that the impatience and resilience that helps mischief makers drive change also helps them ignore self-care. Left to their own devices, they rarely maintain reasonable workloads and a healthy work-life balance. We’ve repeatedly found that they can use (and need) some additional help budgeting time and personal resources. They can benefit from communities of support — including others who model work-life balance and recovery practices, as well as those who act as confidential advisers.

In fact, the presence of such confidants is not just of benefit to mischief makers. Academic governance guru Richard P. Chait used to explain that one of the easiest things for educational leaders to do is to overattribute successes and underattribute failures to their own leadership. As we are constantly reminded, keeping trusted colleagues who can give discreet and unfiltered advice is one of the best ways for all of us to remain honest and grounded.

Let us confirm, in conclusion, that we aren’t suggesting that mischief makers are the only type of individuals we need in our academic communities right now. And we aren’t claiming that making the above-described change to our hiring process is the only type of change needed.

But as we have repeatedly witnessed, hiring more of these mischief makers into our communities can be of great aid to our cause. Through their ability to be empathetic and their impatience, resiliency, sense of humor and understanding of lines that shouldn’t be crossed, they can be true friends of higher education’s central cause. Beyond placing a check on follies and irrationalities, and helping to confront systems and processes that often stifle change, they help build a healthy culture of disruption within our institutions. And, often having the trust of their colleagues, they can play an outsize role in enabling innovative work to flourish. 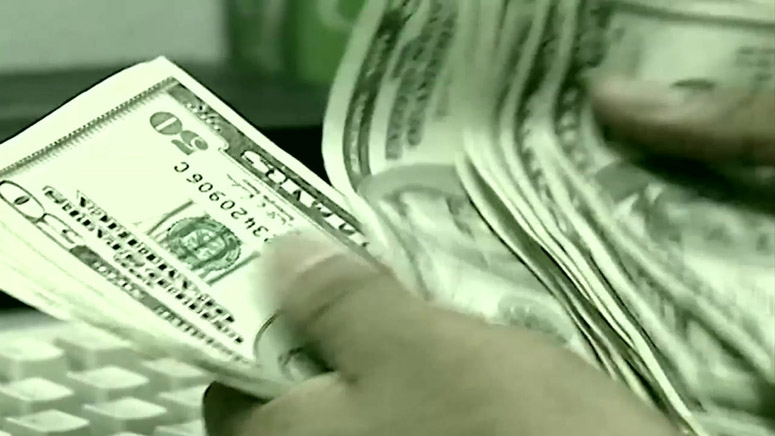 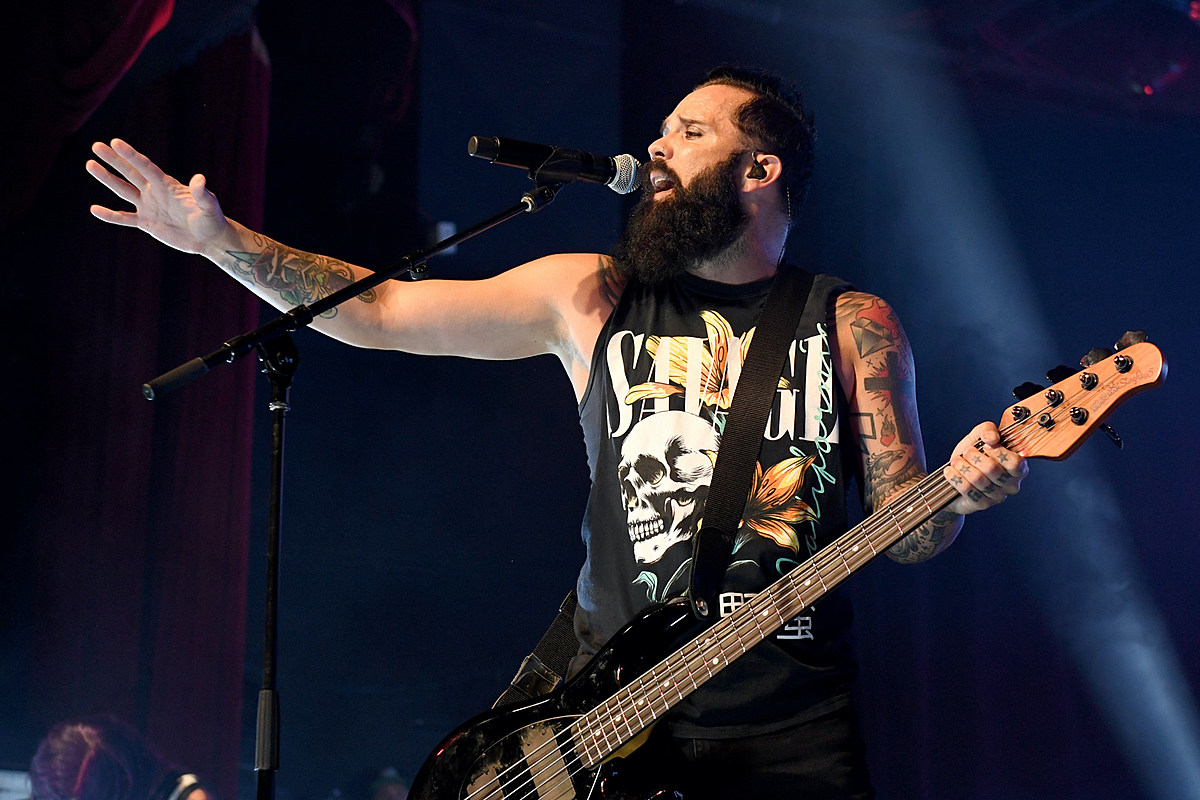 Skillet’s John Cooper: Why I’m So Outspoken About My Christian Faith
2 mins ago

Skillet’s John Cooper: Why I’m So Outspoken About My Christian Faith How Matthew McConaughey Makes Huge Decisions (and You Should, Too)
4 mins ago

How Matthew McConaughey Makes Huge Decisions (and You Should, Too)