Samsung is soon expected to add a new member to its growing Galaxy A series, following the launch of the Galaxy A72, A52, and a slew of more phones in the US. The Galaxy A82 5G has been inadvertently leaked on the company’s website. Also Read – Samsung Galaxy A82 launch soon: Here’s all we know about the 5G smartphone so far

This gives us an inkling that the smartphone is soon to see the light of the day. Read on to know more about the details we have. Also Read – Samsung Galaxy F22 could be the next Galaxy F series smartphone to launch in India

The phone was mentioned on Samsung‘s security updates page, which had a list of the Samsung devices getting the quarterly update. This feels odd for two reasons: (a) the device hasn’t been launched yet and (b) being an upcoming 5G mid-ranger, it is only limited to quarterly updates instead of monthly ones. Also Read – Samsung Galaxy S8 series no more supported for software updates and here is why

However, it should be noted that this just a leak and there are chances that Samsung might have planned something better for the alleged device.

Apart from the mention of the smartphone’s name, no other information is available. Although, we might have an idea as to how the device could be like.

Galaxy A82 5G could be the rebadged Galaxy Quantum 2

It is suggested that the Samsung Galaxy A82 5G could be the rebranded version of the recently launched Galaxy Quantum 2 for the global markets.

If this is the case, the Galaxy A82 5G is expected to come with a 6.7-inch QHD+ AMOLED display with a 120Hz refresh rate. It will be powered by a Qualcomm Snapdragon 855+, which feels quite obsolete right now. Although, the phone might get a different chip for markets outside of South Korea.

The device is security-centric and comes with the world’s smallest quantum random number generator chip.

On the camera front, there are three rear cameras: 64-megapixel main, 12-megapixel ultra-wide, 5-megapixel depth. There’s no mention of the front camera configuration. The device gets a 4,500mAh battery with 15W fast charging, 6GB of RAM, 128GB of storage, and more.

However, these things could be tweaked for other markets. There’s no word on the Samsung Galaxy A82 5G pricing details but we can expect the device to fall under Rs 40,000.

Since there’s no word on the launch timeline, we need to wait until something surfaces. Hence, stay tuned for more information. 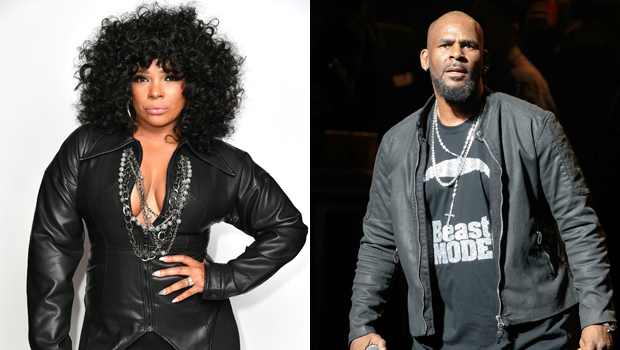 Syleena Johnson ‘Wouldn’t Perform’ Hit Song ‘I Am Your Woman’ After R.Kelly Accusations: ‘I Didn’t Like It’
23 seconds ago