(CNN) — While most European Union nations have kept their borders sealed against non-European visitors during the pandemic, Croatia has been welcoming arrivals from the United States and many other countries.

Summer saw it allow almost anyone to vacation on its beautiful Adriatic coastline and enjoy its stunning islands and the “Game of Thrones” city of Dubrovnik. Even now, non-EU visitors are welcome, provided they test or quarantine.

Now Croatia is making it easier for people who want to stay longer — tweaking its immigration laws to grant one-year residency permits to remote digital workers from outside the European Union, provided they don’t require tourist visas to enter.

While other destinations such as Dubai have paid a price for keeping their borders wide open, Croatia is convinced encouraging long-term tourism is a winner.

The new rules began on January 1, and the first applicants have already arrived.

On January 15, American Melissa Paul had the unexpected honor of becoming Croatia’s first official digital nomad under the new law. Since then, she has been caught up in a flurry of media interviews by national dailies and television networks.

“I’ve actually been a remote worker for 15 years now, owning my own company, but contracting with companies all over the US, UK, and Mexico,” she tells CNN.

Paul, a marketing consultant who produces websites, blog articles, newsletters and manages social media for art and design, events, wedding and hospitality businesses, had already experienced life in Croatia prior to receiving her one-year permit.

“When I moved to Croatia, being a digital entrepreneur allowed me to continue to make a living while living and traveling around the country and Europe,” she says.

Paul initially moved to Croatia with her American-Croatian husband, whose parents hail from the island of Krk. When the couple divorced, she learned she didn’t have many options to continue living in Croatia as a resident. But the new law opened a window of opportunity.

She is now running her business from her kitchen table in a house in the walled hilltop town of Labin on the Adriatic peninsula of Istria, in northwestern Croatia.

“Labin has a soulful quality,” she said of her new home. “From the friendly people, the large number of working artists here, as well as the mix of history, culture and modern industry. All in a beautiful, central location. It’s perfect for me and I love it more every day.”

European-style bureaucracy was something Paul was already familiar with, but the application process still involved a paper chase.

“I knew that the more prepared I was, the better,” she says. “But there were many documents I had to provide detailing the work I do, where my clients are, and proving my company is active, I have the financial means to work independently, health insurance and a place to live. Since I have been a location-independent worker for years, this was all easy for me to provide.”

Paul sees her extended stay in Croatia as an opportunity to get to know the country better and experience it firsthand, “not in a rush of days but slowly savored over months or years.”

A boost for the tourist industry

Croatia offers a Mediterranean lifestyle with more than 1,000 islands.

The idea to introduce a residence permit for digital nomads was the brainchild of Jan de Jong, a Dutch entrepreneur and investor living in Croatia since 2006.

In July, he posted an open letter to Croatian Prime Minister Andrej Plenković on LinkedIn, pointing out the potential economic perks of welcoming remote workers.

Plenković got the message and, after consultations with De Jong, relevant changes to immigration law were adopted in December 2020.

For de Jong, welcoming digital nomads as long-term tourists is a win-win.

“Croatia is a safe country with a Mediterranean lifestyle many digital nomads will find attractive,” he says. “It’s a very warm and welcoming country and the hospitality of the people is great.

At the same time, this new potential for year-round tourism could boost struggling local economies and Croatia’s tourist industry, which has been hit by the pandemic despite the open-door policy.

Locals renting out tourist accommodation and new businesses catering to digital nomads are set to cash in.

“Well-paid digital nomads will spend their income here which will be great for the services industry,” says de Jong. “Also, through the VAT they pay on everything they buy, they’ll be providing additional revenue.”

Split, on the Dalmatian coastline, is a popular destination for travelers.

Mexicans Ariel Medel and Claudia Sau have been living in Split since November 2020. Soon after settling into this historical seaside city on the Dalmatian coast, they heard of the government’s digital nomad plans.

Medel has been a freelance comic book artist, illustrator and graphic designer for the past 15 years. The appeal of working as a digital nomad grew as the couple made extended visits to Europe twice a year.

“I think becoming a digital nomad was a natural step to take, given that I love to travel and learn about other countries’ culture and history, an interest that my wife shares with me,” he says of their decision to apply for the permit.

The couple has already explored the capital Zagreb, where they first arrived. They then moved on to the seaside towns of Zadar, Šibenik and Pula. As for many long-term travelers, the ancient port of Split held the highest appeal.

“We decided to stay in Split because besides being a beautiful city on the coast, and having a lot of history, it’s big enough to have all the resources we need without it being too big,” says Medel.

From Singapore to Zagreb

Jane Tor plans to move to Croatia from Singapore after touring with her parents.

After making an extended stop in Croatia this past fall, long-term traveler Jane Tor from Singapore has hatched a plan to return in March 2021. This time, with her laptop in tow, she’ll apply to stay long-term as a digital nomad.

Tor works for a tech company leading and managing projects with startups working in the education, fintech, digital marketing and travel industries.

“I arrived in Croatia the first week of October, only because I had been in Albania before that, and couldn’t fly into any EU countries without going through Croatia,” says Tor. “My initial plan was to stay for two weeks, which stretched out into 84 days.”

She was drawn by the Croatian coastline and the opportunities for windsurfing, diving and hiking. Her enthusiasm attracted her parents, who joined her on a five-week vacation.

Together they explored the turquoise lakes and waterfalls of the national parks of Krka and Plitvice, a UNESCO World Heritage Site. The coastal city of Zadar was a highlight.

“Coming from Singapore, a sunny island that’s also a city state, I’m drawn to being close to the sea,” she says. “I enjoy walking a lot, so walking along the sea in Zadar was awesome. You can walk for a few hours from one port to the other, ending at a sunset bar.”

Though Zadar would be her preferred place to live out her digital nomad experience, Tor is scoping out a move to Zagreb.

“I liked walking around its old town in the fall and watching the colors change,” she says. “And I love the local markets in every town. Going there every day to buy local produce was a nice routine. Croatia is also small enough that I can be on a quiet island within two or three hours of driving from Zagreb.

“I definitely want to explore the islands around Zadar and Split, take up kitesurfing and do more hiking.”

Compared to Singapore, Tor finds Croatia less crowded and much cheaper to live in. She was also able to connect with expat communities that encourage new businesses.

“I’ve only met great people in Croatia, especially from the tech industry, which I’m from,” she says of her first experience there.

The pros and cons of each country looking to attract digital nomads is a hot topic on online forums.

Croatia has plenty of pluses — it does not require nomads to pay income tax and the residence permit is valid for one year, although extensions require one to leave the country for six months.

Some, however, find the police check requirement to be an extra hassle.

Sara Dyson of Expat in Croatia offers one-on-one consulting to anyone considering a move and has seen an uptick in inquiries from digital nomads.

“The only grumble so far is that the digital nomad permit does not put people on a path to permanent residence or citizenship,” she says. “But this permit is currently the best option for a third-country national to apply for residence.

“If someone still wishes to come to Croatia, this disadvantage doesn’t dissuade them. If someone is considering some other country, then it is giving them pause on whether Croatia is the right choice.” 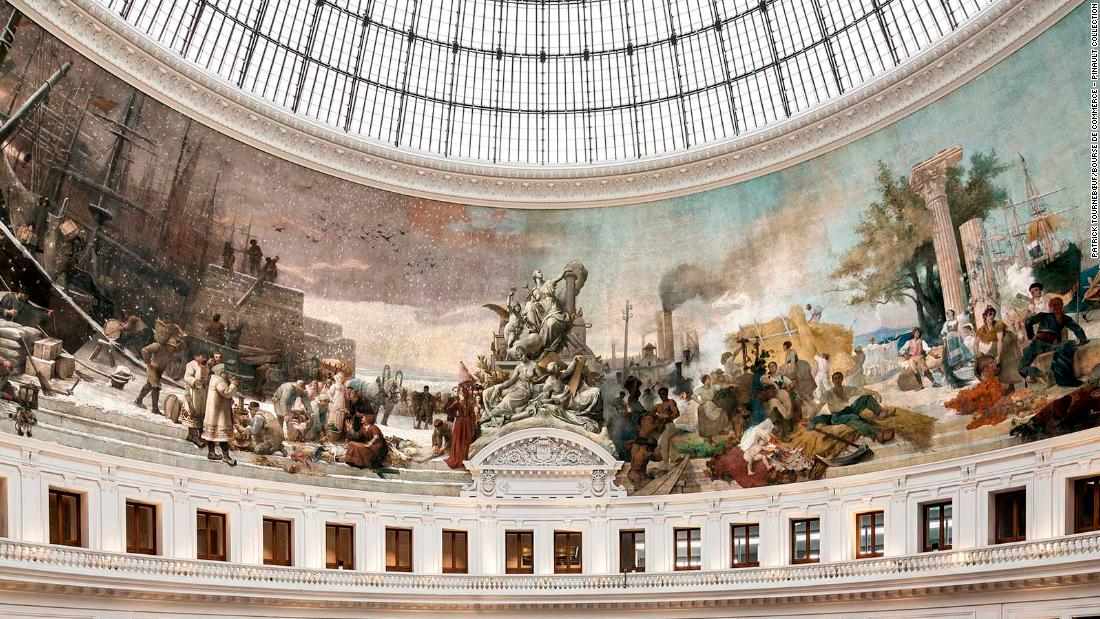 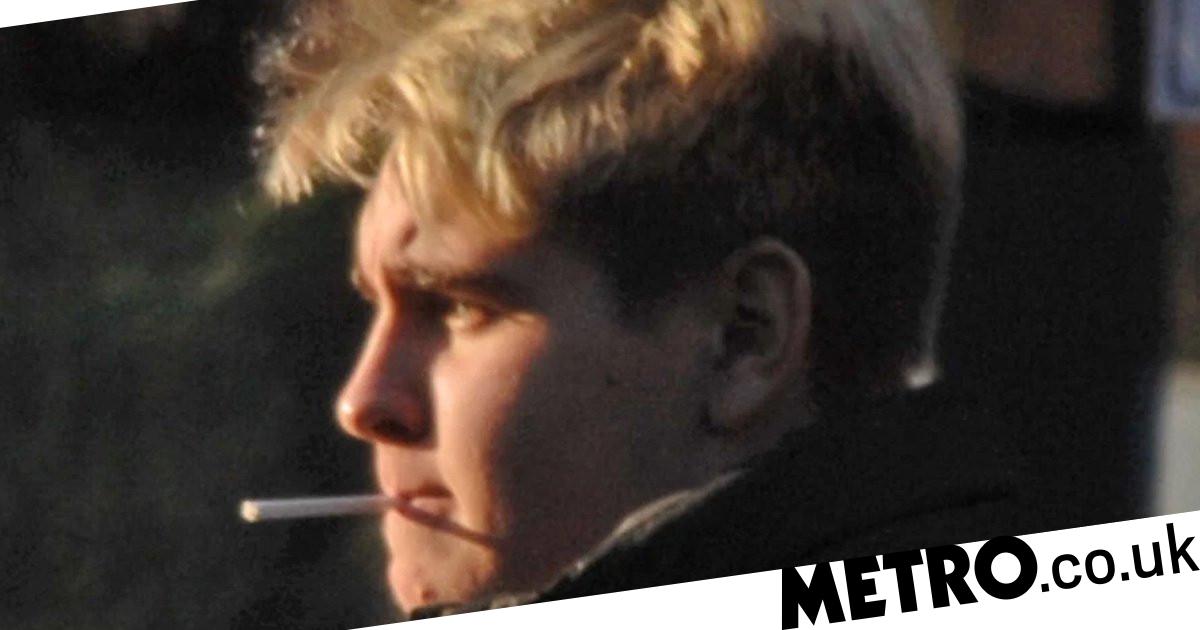