For some people, the very idea of “negotiating” is not just unappealing, it’s downright scary. It’s often tainted with connotations of coercion, pressuring, or even trickery. All those tired clichés about used car salesmen perpetuate the myth that negotiations are something to be dreaded.

In short, negotiating is stressful and can bring out the worst in people.

Barry Nalebuff is working to change that. He knows how to humanize the practice of negotiation and render it comfortably useful to anyone who likes to make the most of every kind of deal.

His book (his seventh) is SPLIT THE PIE: A Radical New Way to Negotiate.

A management professor at Yale University, Barry has earned a 4.9 (out of 5.0) rating in his Introduction to Negotiation course from more than 350,000 learners. In addition to his academic credentials (MIT graduate, Rhodes Scholar, doctorate from Oxford University), he’s a serial entrepreneur. In short, he’s had years of opportunity to practice what he preaches.

Looking for a practical and field-tested way to make the most of your next deal—and maintain good relationships in the process? Listen in on our conversation.

Rodger Dean Duncan: What is it about negotiations that gives so many people sweaty palms?

Barry Nalebuff: People dislike negotiation, and with good reason. They go up against jerks who make low-ball offers, ultimatums, and try to take advantage of them. Some people feel they have to act like a jerk in response. Others are too nice and give away the store. There’s a better way, an approach that brings principles and logic into the negotiation.

Duncan: In a nutshell, how does the “Spilt the Pie” framework differ from other negotiating approaches?

Nalebuff: Negotiation is about creating and capturing value. When it comes to creating value, Roger Fisher and William Ury’s Getting to Yes taught the world how to succeed by focusing on interests, not positions. Left unresolved is the messy problem of how to divide the gains created, whether they be synergies in a merger or cost savings from avoiding a real-estate commission. Split the Pie provides a principled framework for dividing up the gains, one that reveals the true power of the players and is fair in representing their contributions.

I want to change how people negotiate. If parties can agree upfront to split the pie, they can focus their attention on working together to make a bigger pie. This allows parties to put their natural curiosity and empathy to work expanding the pie. They don’t have to watch their back and worry about being taken advantage of as they’ve already solved the contentious part—they’ve agreed to split the gains they create together.

Duncan: You say the starting point of any negotiation should be, “What is at stake?” Please elaborate.

Nalebuff: While it might seem peculiar to say this, even experienced negotiators can be confused by what’s really at stake in a negotiation—what I call the “pie.” The pie is the additional value created through an agreement to work together. The notion of “dividing the pie” is commonplace in negotiations. But most people split the wrong pie; they focus on the total amount, not the gain created by an agreement. As a result, they argue over the wrong numbers and issues, and take positions they perceive as reasonable but are, in fact, self-interested. The hard part of negotiation is to measure the pie correctly. When the stakes are correctly understood, it’s far easier to reach an agreement.

Let me give a recent example. My mom was renting a house in Sarasota. The owner saw a hot market and put the house up for sale. He offered her the chance to buy at $790,000 before listing it at $800,000.

In this case, the negotiation pie was the opportunity to save the 5% real estate agent fee (here $40,000). I proposed we split the $40k pie 50:50. He said he had more power as it was a “hot” market. True, but that meant the price would be high, not that he should get more of the $40k. He needed my mother to be the buyer in order to save the commission. If he sold to anyone else, he would net $40k less than the sale price.

After hearing the pie perspective, he agreed to sell at the market price minus half the real estate commission. We determined the market price by looking at the several recent sales that had taken place on her street. We turned a negotiation into a data exercise. And then we found ways to make the pie bigger. We agreed to hire the same lawyer for the closing, split the cost, and thereby saved another $2,000.

Duncan: Why should the bigger party, the party that is naturally advantaged by the traditional proportional divisions, go along with splitting the pie?

Nalebuff: If you are the traditionally advantaged party—the landlord above—and the other side presents our principled approach, I proudly admit I have no rebuttal. There’s no principled position you can offer as a counter. You might not care about fairness or the pie, but the other side does and is right to insist on getting half. Be reasonable and accept that your perceived greater power was illusory. Refusing to accept principled arguments about equal power will paint you as intransigent and may cost you the deal. And even if you get a deal, the other side may not trust you and may be less willing to explore how to create the largest pie.

Duncan: Sure, it’s great to grow the pie, but what about zero-sum negotiations?

People reject deals that they perceive as unfair. Experimental evidence says this is deeply ingrained; even monkeys reject unfair splits. But people (and monkeys) don’t reject deals they see as fair. Thus, coming up with an objectively fair split allows people to reach a deal in a zero-sum negotiation and thereby avoid the no-deal lose-lose outcome.

Duncan: How can the pie framework be put to good use when negotiating with a bully?

Nalebuff: Not everyone who acts like a bully is a bully. Smart, empathetic people often act like jerks when they negotiate because they think that’s the only way to protect themselves. Hence Lesson 1: Fight fire with water.

If you act like a bully in return—fight fire with fire—that leads to escalation and likely no agreement. There’s little chance of trust or working together to expand the pie. See if you can bring back the more reasonable person hiding within.

But let’s say the person really is a bully. Explain what the pie is and why you are willing to split the pie evenly. Then hold firm. The bully may make arbitrary offers, ultimatums, and threats. But at the end of the day, principles beat arbitrary. If they want to do a deal, they’ll have to come to you.

Duncan: You suggest that “making the other side’s case” is a good negotiating practice. How so?

Nalebuff: When people aren’t getting what they want they think it’s because you don’t understand their perspective. They get frustrated and keep arguing. Making the other side’s case is the best way to demonstrate that you do indeed understand their position. (After doing so, check to ensure you have it right.) Making their case is scary. It acknowledges their legitimate interests. That’s why it isn’t enough to just make their case. You also have to explain why there are more compelling factors that argue for a different solution.

As the Rolling Stones never sang: “You can’t always give what they want. But if you try sometimes, well, you might just show, you can see their side. Ah yeah!”

Duncan: What’s the best way to make an offer that’s really understood by (and attractive to) the other party?

Nalebuff: My goal in a negotiation is to give the other side what they want. This isn’t because I’m nice or a softie. It’s because if they can get what they want, then I can get what I want. They’ll be more motivated to make an agreement with me.

That doesn’t mean just giving the other side more money. It means helping them achieve their goal. If a couple is selling a gas station in order to take a round-the-world sailing trip, I want to put them on that boat. If they get on the boat, I get to buy the station.

What problems can I help solve? Do they need a job when they get back? What will they do with the boat when they return? Can I provide a loan against the value of the boat so they won’t have to do a fire sale in order to have money to live on?

That begs the question of how to find out what they really want. Here’s where your empathy (or at least curiosity) comes into play. “What are you hoping to do after you sell the station? … Wow, a sailing trip. That’s amazing. What are you planning to do when you come back?”

Along with asking questions, you want to answer questions. People wrongly advise you to listen more than you should talk. But that means you aren’t doing an equally good job answering their questions. Neither party can come up with creative solutions without a deep understanding of the other side’s interests. I’m in favor of a 50:50 balance between talking and listening. You want to help the other side understand your perspective so that they can better give you want you want.

Duncan: What are the top two or three things you recommend not doing when negotiating?

Nalebuff: Mistake #1—Don’t start with an extreme anchor. If you offer me $400 for something I know is worth $3,000, I’ll know you are trying to take advantage of me. I won’t trust anything you say. When I don’t fall for your anchor, you’ll have to make big moves, say from $400 to $2,000 to $2,700. When you say that’s your best offer, it won’t be credible. You’ve shown by your actions you’re willing to keep moving.

Mistake #2—A negotiation is not like being read your Miranda warning. While you have the right to remain silent, don’t. Along with asking questions, you should answer questions. This isn’t just as a matter of reciprocity. If the other side doesn’t know what you truly want, they can’t give it to you.

Mistake #3—Say “Yes, if” rather than “No, unless.” You want to give the other side what they want so you can get what you want. If they want to hire you, let them know that if they do XY&Z, they will be successful in having you say yes. 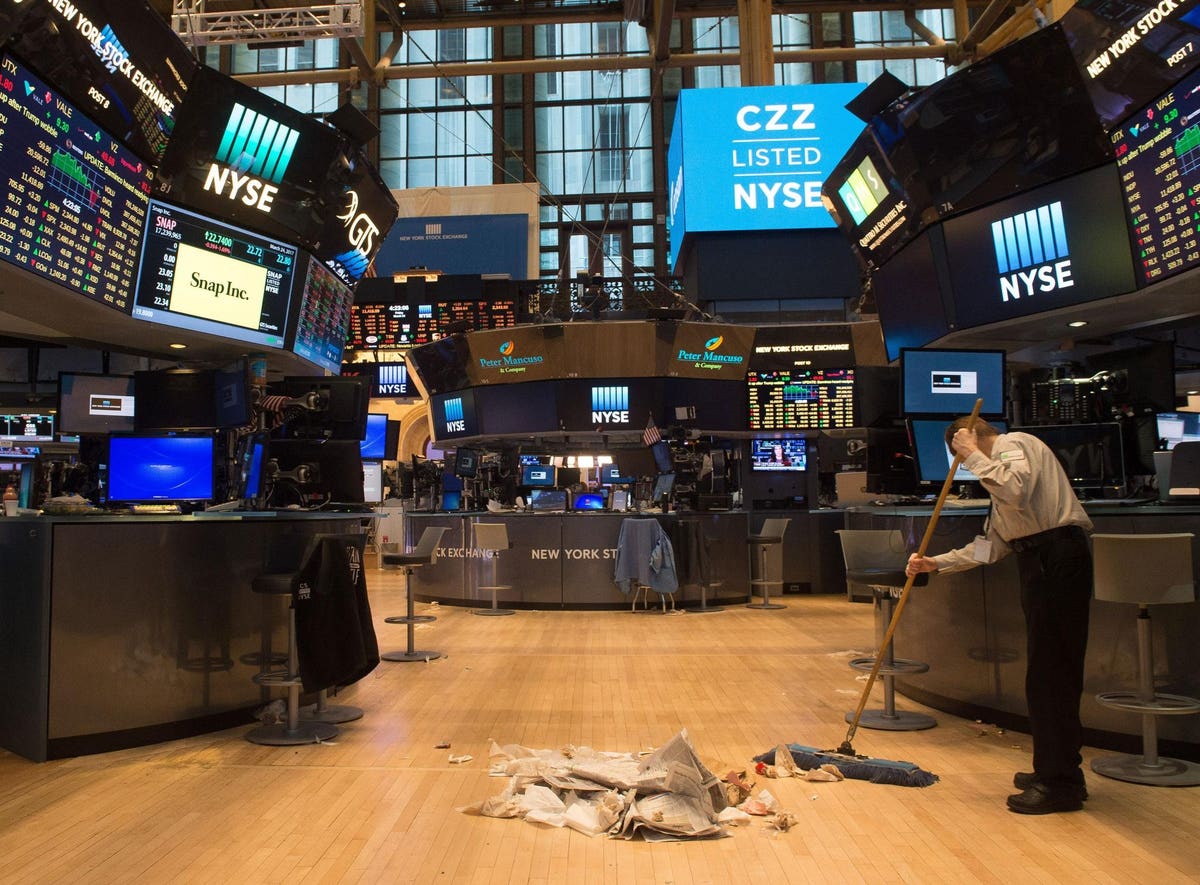 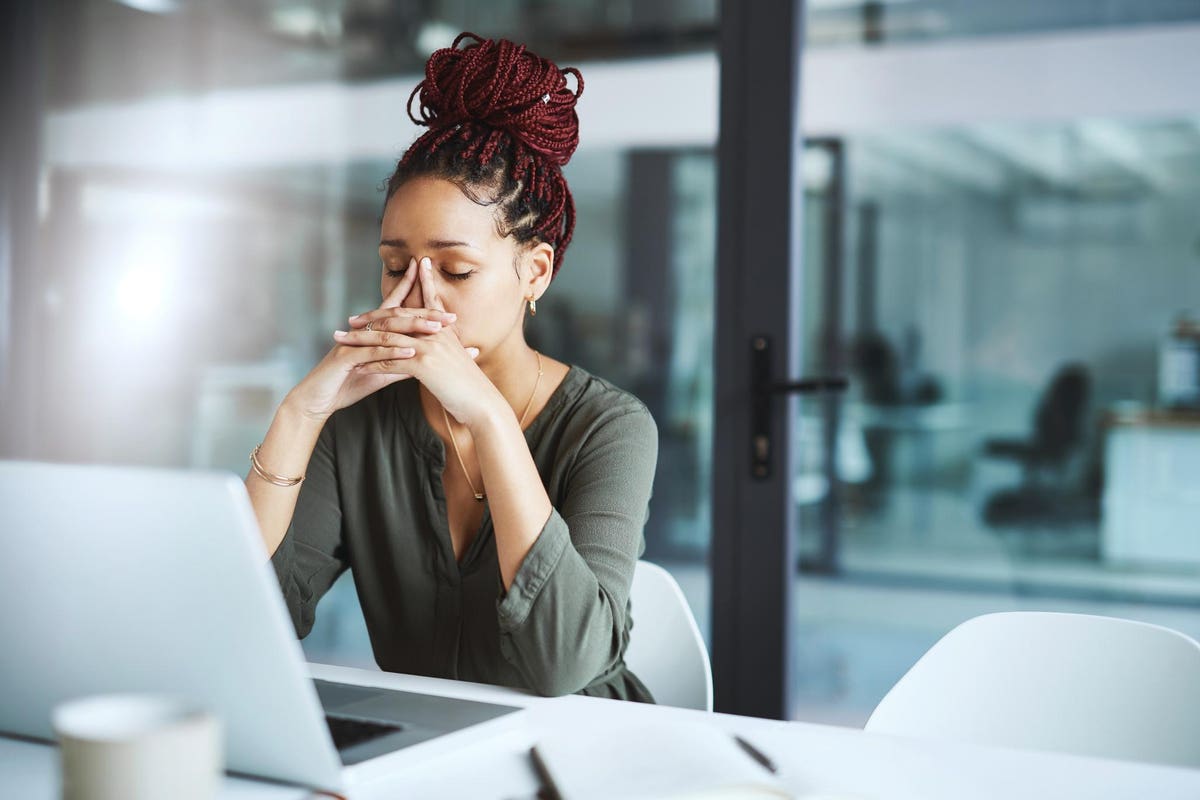