The paleontology pioneer Mary Anning finally has a statue honoring her contributions to the understanding of Earth’s past. On 21 May, organizers officially unveiled the statue in Lyme Regis on southern England’s Jurassic Coast. Anning collected fossils from the area’s rich deposits in the early 1800s, identifying the first known ichthyosaur and England’s first pterosaur. Her contributions were long overlooked, but in 2018, local resident Evie Swire, then 10 years old, and her mother Anya Pearson launched the “Mary Anning Rocks” project to raise funds for a statue to commemorate Anning. Recognition for Anning grew after the 2020 release of the film Ammonite, starring Kate Winslet. Swire’s project eventually raised more than £100,000 for the statue, which depicts Anning with hammer and fossil in hand, overlooking the cliffs that still attract fossil hunters today.

A federal judge has issued a temporary restraining order against a major supplier of beagles for research. The action—directed at a Cumberland, Virginia, breeding facility run by Envigo—is in response to an animal welfare complaint filed last week by the U.S. Department of Justice (DOJ), which has now removed 145 puppies from the operation. Last year, U.S. Department of Agriculture inspectors found dozens of wounded, sick, and suffering animals at the facility, and records of hundreds of uninvestigated puppy deaths, prompting a crackdown by Virginia lawmakers. “[T]he Government has provided sufficient evidence that Envigo is engaged in serious and ongoing violations of the Animal Welfare Act,” the judge’s 21 May order states. The operation must “immediately cease breeding, selling, or otherwise dealing in beagles.” Envigo denies the allegations and says it is “fully cooperating with DOJ and other involved authorities.”

I’m horrified. … It’s a complete and total distortion in so many ways.

Will young kids get mRNA shots?

More data suggest the COVID-19 vaccines made with messenger RNA (mRNA) can safely protect young children, Pfizer and its partner BioNTech said in a press release this week. Three low doses of their vaccine given to 1678 children who were at least 6 months old but younger than 5 years old led to a “strong immune response” that mirrors what has been seen in 16- to 25-year-olds who got two shots with a dose 10 times higher. The ongoing study only observed 10 illnesses, leading to a preliminary estimate of 80% efficacy against disease. Moderna earlier reported positive immune responses but a much lower efficacy against disease in a group of young children who received two shots of its mRNA vaccine given at one-fourth the dose used in adults. Both companies have asked for emergency use authorization from the U.S. Food and Drug Administration, which will convene its vaccine advisory committee to discuss the data on 15 June.

Researchers probing a website’s security flaws in “good faith” will no longer face the risk of being prosecuted for hacking under a long-standing U.S. law, according to a new policy released last week by the Department of Justice. Research into the vulnerabilities of corporate or government sites or devices has long carried the possibility of violating the 1986 Computer Fraud and Abuse Act. But the 19 May policy revision says violating the access restrictions in a website’s terms of service, for example, does not in itself warrant criminal charges, as long as federal prosecutors conclude the research was “designed to avoid any harm to individuals or the public” and not to extort the owners of a site or device.

The Australian Labor Party’s ambitious plan to cut 2005 carbon emissions 43% by 2030 helped propel it to victory in the country’s 21 May elections. That target is significantly more ambitious than the 26% to 28% cut envisioned by the Liberal-National Coalition that had held power since 2013. Critics had derided the Liberal-National target as woefully insufficient. Labor’s energy plan calls for increasing reliance on renewables, cutting taxes on electric vehicles, modernizing the electricity grid, and requiring the public sector to reach net-zero emissions by 2030. Support for the party grew the most in parliamentary districts that had suffered recent bushfires, floods, and droughts, according to an analysis by the Climate Council, an environmental organization. “Climate action is the winner of this election,” the council said.

A judge in Peru this week ruled against archeologist Marcela Poirier in a defamation lawsuit brought by Luis Jaime Castillo Butters, a prominent Peruvian archaeologist she accused of sexual harassment. Poirier was sentenced to a $48,400 fine and a suspended jail sentence of 1 year and 8 months as a result of allegations she made on Facebook. A 2020 investigation by Castillo Butters’s institution, the Pontifical Catholic University of Peru, found evidence of sexual harassment but didn’t sanction him, saying the harassment predated formal rules prohibiting it. The National Academy of Sciences ousted him in 2021 after Poirier filed a complaint with the organization. She plans to appeal the judge’s decision, which her supporters say is a blow to the #MeToo movement in Latin America.

Is a tree in Chile the world’s oldest?

A famous conifer in Chile could be the world’s oldest tree, according to a scientist’s claim that has drawn skepticism from others. Alerce trees are long-lived, with one documented stump holding 3622 annual growth rings. That ranks second to bristlecone pines, whose oldest known living specimen resides in California and has 4853 rings. But a towering alerce in Alerce Costero National Park could be about 5500 years old, estimates environmental scientist Jonathan Barichivich of the Climate and Environmental Sciences Laboratory in Paris. In unpublished work, he paired a partial count of the tree’s growth rings with statistical modeling to calculate that the alerce has an 80% probability of being more than 5000 years old. Some tree-age experts say the method seems promising, but others insist the only way to accurately date a tree is to count every ring.

The National Institute of Allergy and Infectious Diseases (NIAID) last week awarded $577 million to establish nine U.S. antiviral drug discovery centers. The centers, all led by academic institutions, will focus on creating antivirals targeting SARS-CoV-2 and other viruses with pandemic potential. Targets could include: filoviruses such as Ebola and Marburg; flaviviruses, which cause yellow fever and Zika; and mosquito-born togaviruses. The new effort aims to identify novel molecular targets essential to viruses’ ability to attack the body and then find small-molecule oral medications that directly block these targets, NIAID’s director, Anthony Fauci, said in an 18 May press release. Recipients include the Scripps Research Institute; the University of North Carolina, Chapel Hill; Emory University; and the University of California, San Francisco.

NASA operates a “closed, opaque, and exclusive” system for choosing the scientists who lead its space missions, according to a new report that criticizes the agency for paying too little attention to diversity. The report, by the National Academies of Sciences, Engineering, and Medicine, cites some dismal demographics: During the past decade, no woman has served as principal investigator for any of the 33 missions in astrophysics and earth sciences. The report recommends NASA spend more on programs to prepare women, people of color, and other groups underrepresented in science to lead missions. It also suggests broadening the selection criteria for mission leaders to include “the ability to lead and manage a diverse, equitable, and inclusive team.” 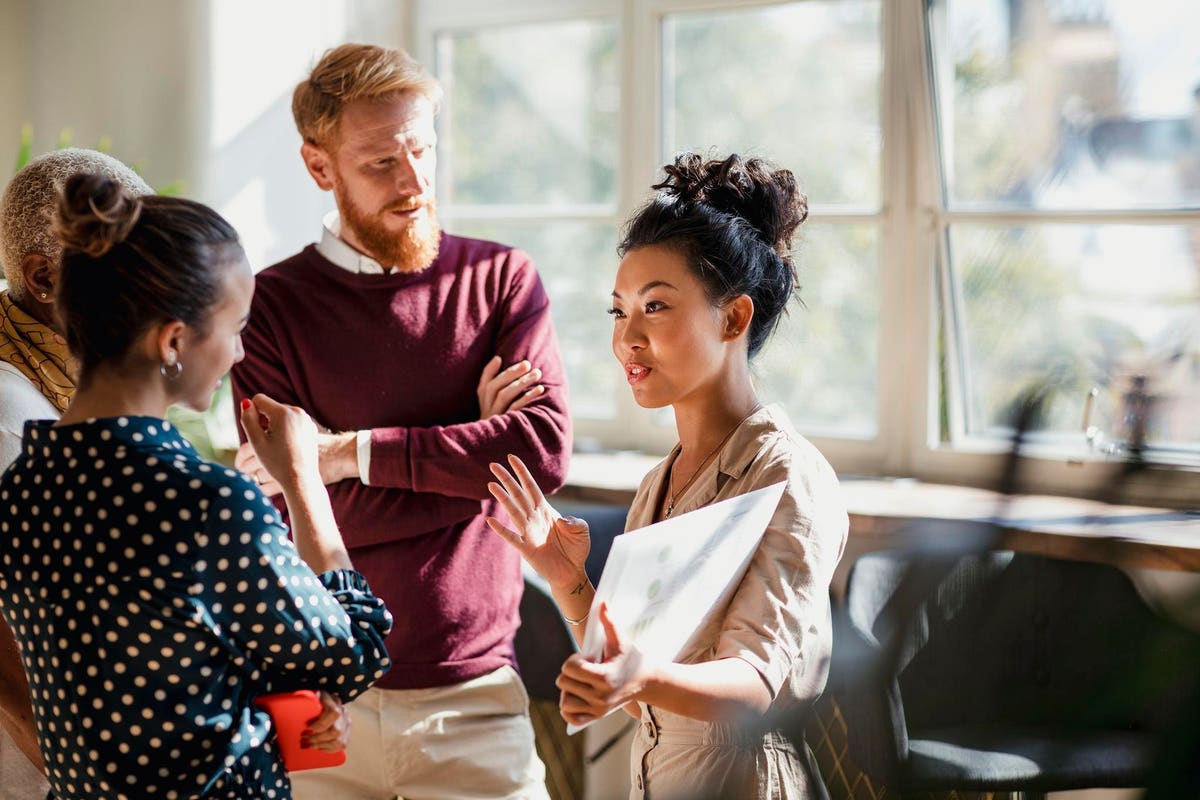 5 More Questions To Ask During Your Project Kickoff Meeting