As we have gained a greater understanding of just what AI can and cannot do, there is a greater sense that it will augment the work humans do rather than replace them. For this augmentation to be effective, however, will quite probably require a rethinking of the processes we use at work so that the capabilities of the technology are fully capitalized on.

Research from the University of Georgia finds, however, that this ability to work effectively alongside humans may be hindered by our perceptions of just what is good in the workplace. The study argues that the characteristics we typically value at work, such as conscientiousness, are also things that AI often thrives in, creating an unhelpful overlap of strengths.

It’s commonly assumed that conscientious employees are strong performers at work, due to their focus on details and generally strong work ethic. Such employees have also received strong support from the range of tools that have been developed over the course of the 20th century, including computers and the internet.

This virtuous cycle results in organizations, recruiters, and HR managers valuing employees that are highly conscientious, whether in terms of recruitment, development, or promotion. The researchers believe, however, that these characteristics may not be well suited to the AI age.

They argue that technology is beneficial in the workplace when it complements human capabilities. Indeed, even when we choose human collaborators, we tend to prefer those who complement our own characteristics rather than replicate them.

This has been all too evident throughout history. For instance, behind Steve Jobs was Steve Wozniak. Behind Martin Luther King was Ralph Abernathy, behind Lennon was McCarthy, and behind Vincent van Gogh was his brother Theo. While the charismatic individual in each partnership tended to get the attention, their success would not have been possible without the “straight man” working alongside them (and vice versa).

“When we choose humans to work with we don’t tend to choose people that are identical to us as that would be a waste of time and talent,” Massimo Ruffolo, Founder & CEO at Altilia, an AI-based platform that helps enterprises to automate complex tasks, says. “It’s exactly the same with technology, and if we’re to achieve truly intelligent automation then we need to think of the kind of things that technologies like AI can do well and the kind of things that humans continue to do well.”

Our selection of technological tools is no different. As Ajay Agrawal, Avi Goldfarb, and Joshua Gans argue, AI at the moment is primarily a “prediction machine” that allows for precise and detail-oriented work to be conducted. These are characteristics the Georgia research suggests are also those we value in our best employees, which could create significant overlaps rather than complementary fusions.

As a result of this, the researchers hypothesize that conscientiousness at work might be rendered redundant by the arrival of AI-driven technology. This obviously has implications for those individuals, but also for the productivity of our organizations, as the technologies we’re introducing might not yield the benefits we expect.

The researchers conducted a number of studies in the United States, Malaysia, and Taiwan, and across each of them, they found that when conscientious people were paired with AI tools, their performances actually became worse than their less conscientious peers.

This decline in performance was primarily because the capabilities of the AI tools conflicted with the strong desire among conscientious employees to retain a high degree of control and autonomy over their work. This resulted not only in frustration but also a reduction in the confidence of the employees. What’s more, there was a heightened sense of ambiguity as to precisely what their responsibilities were.

This obviously has some pretty significant implications for managers, both in terms of how technology is introduced into the workplace and the kind of skills and characteristics we look for from employees when working alongside the new technologies.

It’s quite possible that the old norms around hiring conscientious employees are no longer relevant, and may even present a risk to the productivity of themselves as individuals and for the organization more broadly. While obviously, one approach would be to reduce the emphasis placed on conscientiousness, this is probably neither feasible nor desirable.

It is perhaps worth considering how man and machine might be blended together, and how they might not be. For instance, research from Accenture suggests that the most important skills when working alongside AI and robotics are likely to be soft skills, such as creativity, emotional intelligence, and critical thinking. So for roles where working with AI is important, perhaps these skills will come to the fore.

Then, if tasks don’t require cooperation with technology so much, then people who score highly for conscientiousness can come to the fore. To ensure that your conscientious employees remain motivated, it might also be worthwhile to ensure that they have sufficient autonomy and control over their work.

This need not be a significant rupture from managerial norms, but the research provides a timely reminder that many of our standard managerial practices were hewn in the 20th century based on 20th-century tools and technologies. If we’re to reap the benefits of the various technologies of the 4th industrial revolution, then it’s highly likely that our ways of managing will need to be tweaked too. 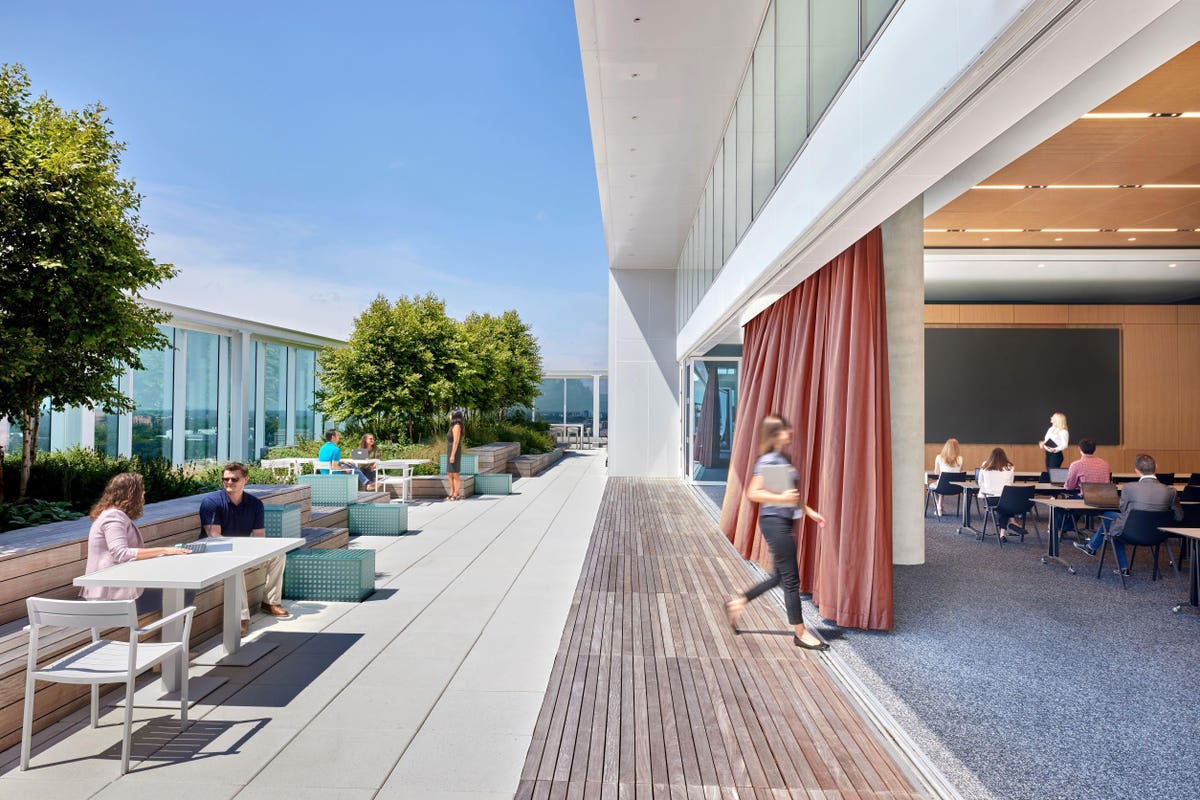 The New Reason Workers Say They Come To The Office? To Actually Focus On Their Work: Survey