Older workers lost jobs faster and returned to work slower last year than mid-career workers, according to a study by The New School’s Schwartz Center for Economic Policy Analysis that tracked unemployment from April through September of 2020. The study found that for the first time since 1973, workers 55 and older faced persistently higher unemployment rates than workers ages 35 to 54.

“Many boomers are grimly hanging on to hit the goal of retiring by 67,” says international entrepreneur, management expert and author Rod Robertson. “A large group of boomers are going to be in big trouble if they don’t reinvent themselves.”

I had the opportunity to interview Rod recently. Here are some of the highlights of that interview:

Jill Griffin: I’m a baby boomer too, and it’s very concerning to me that our friends and colleagues are being made obsolete. What do you mean by “reinvigorate and reinvent?”

Rod Robertson: If boomers are not proactive and don’t adjust to the reset in the new world order, they’re going to be left behind. Their skill sets were predominantly a lot of face-to-face skill sets that we all learned over the decades, and those are now becoming obsolete and being pushed off the playing field by technology.

The good news is there are many different solutions. But instead of just sitting there like a pigeon waiting to be shot at work, you can become proactive. One of the key things now is everyone’s being recalled to work and the unemployment money is running out, so there are going to be a lot of people looking for jobs. If you’re trying to coast for your last five to seven years into retirement … you know the retirement age used to be 65, now it’s 67, and soon it’ll be 70 because everyone’s living longer. So how do you extend your shelf life in the workplace and actually flourish, and not just sit there being nervous around your boss and wondering if you’re going to get whacked all the time?

To stop from getting whacked, the baby boomers need to remember they have this skill set that these young people do not have – the Generation Z, the millennials, Generation X – and that is we are great communicators face-to-face; we have superior people skills. So even though everyone’s gotten comfortable working at home, the baby boomers are best served to be back at the office, where all their multiple skills can be deployed in front of ownership. And not get caught up being some nameless number at home. Boomers have been on the job longer, they’re getting paid more, and they can bring in some young person, who they can get for 30% less salary and whose fingers are flying on the keyboard. Why wouldn’t they cut the older person and keep the younger person?

So being in the office near the boss is very, very important, because the average business owner or manager is in their 40s, 50s and 60s. They appreciate our skill sets. They want to have a human presence, too. And so to get this human presence in front of your boss if you’re in the office, the chance of you getting cut or becoming obsolete is much different, because you can evolve with them as the company evolves and you’re not home sitting on your couch.

Griffin: So you say to approach your manager and show more initiative.

Robertson: Even with all the good people skills older workers have, if you can sense you’re being left out of conversations, that you’re struggling in tech communications, then you really should be proactive and go to your manager and say look, “I’m a big girl, I’m a big boy, I just want to know where the cards stand.” Then you can maybe mutate your role, look for a new role where your skills are good, and say, “I’d like to maybe lower my time here at the firm, not be as expensive to the firm.”

There are studies out there that say most employees don’t like 50% of their job function and aren’t so good at it, so you could say to your boss, “What I’m really good at is customer service and dealing with key accounts. So let me stay with that 50%, get rid of everything else, and I can become a gig employee or a 1099 consultant.” If you really hate half your job, keep the half you like, dismiss the other half, and get two jobs that you’re really good at. Then you can have your grand finale in life and actually enjoy work and not be looking for the proverbial axe to descend upon you at work.

A third of entrepreneurs are forced into entrepreneurship because they’re made to walk the plank and they don’t have anywhere else to go. But you can go to your bosses, share your fears and see if you can sculpt a new role. And if it looks like it’s not going to work out at work, develop a longer-term exit strategy that’ll allow you to keep your dignity. And then look to become a gig employee, set up your license, do what you’re good at, and promote yourself to different organizations. If you get 70% of what you were making before, and you’re really happy, then why not take the pay cut and have some flex time and not be worried about what’s going on?

Griffin: Tell me about reverse mentorship.

Robertson: Reverse mentorship can prolong your work life and make you more valuable. We all have a fear we’re not innate in our ability to understand technology. We have to learn it, whereas for the younger people, it’s part of their DNA.

In my own business, I realized I was falling behind because I didn’t understand 30 to 40% of what people were talking about, due to technology. So I have this young guy in his 20s that left Facebook and works with me as an analyst, and he looked at me like I was the village idiot with the questions I was asking him. He’s taught me so much, and in return I’ve given him my skill sets. I’ve taken this little theory and used it at some MBA schools and everywhere else about empowering young people to coach and teach their managers, bosses and owners. It’s a two-way street that works great. And for our older generation, we really have to put our dignity aside and show what we don’t know. In the next three years, things are going to accelerate even more, and we’ll be left far behind if we don’t do it.

Reverse mentorship has been very well received by a lot of people out there. I’ve had a lot of companies actually pair up, older and younger, and make it a once-a-week thing. And then both sent a report to the owners about the others picking up on their skill sets, and they become very close and bonded. 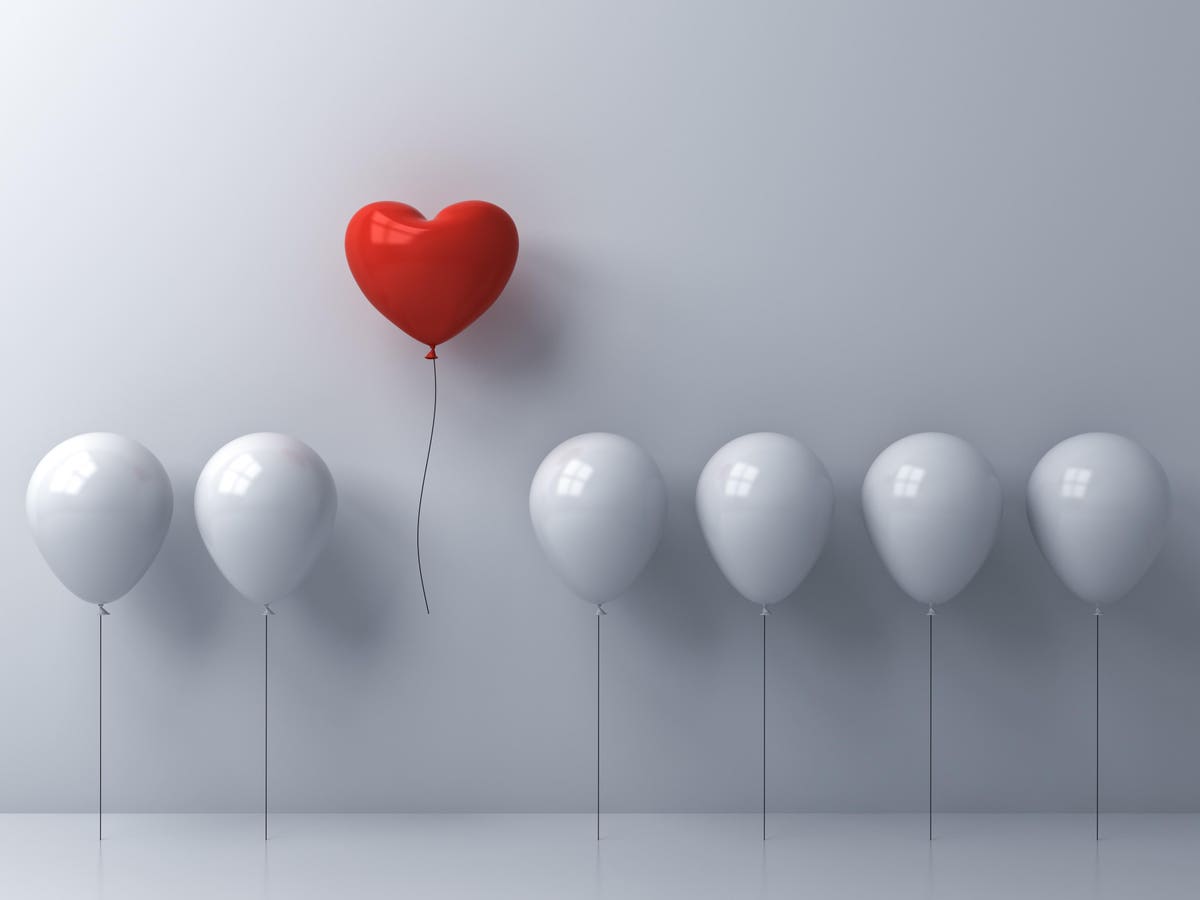 Empathy Is The Most Important Leadership Skill According To Research 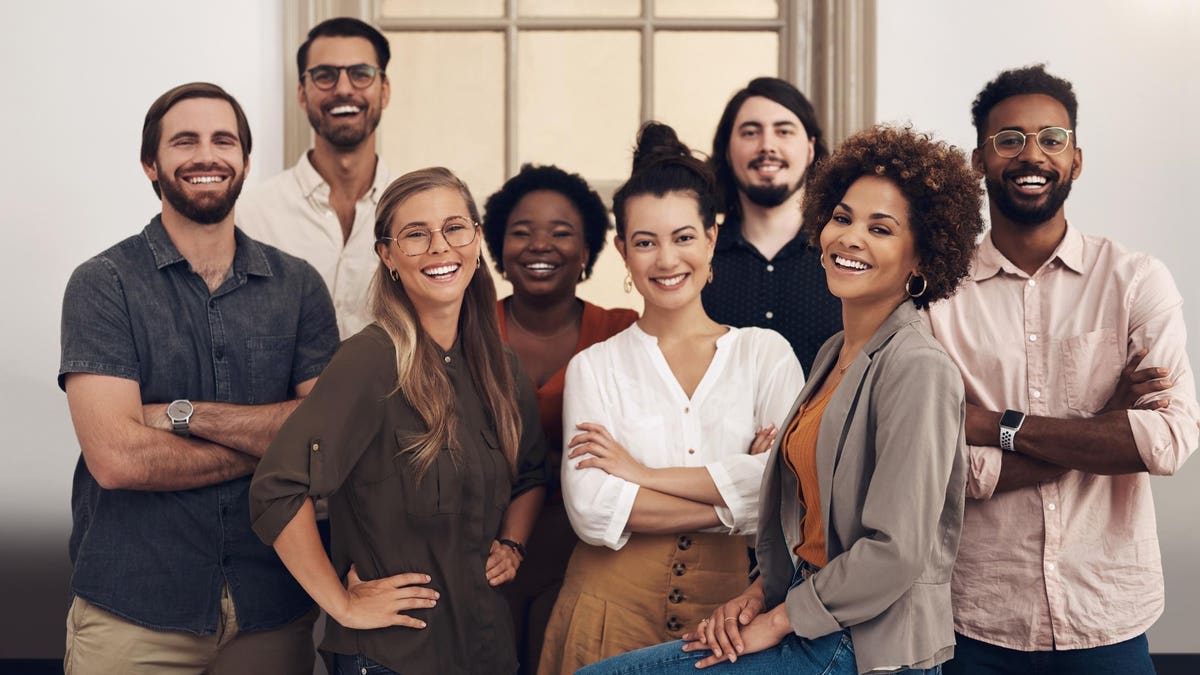 How To Be Truly Happy At Work