There is a growing chorus of condemnation from world leaders and diplomats after Russian President Vladimir Putin authorized a special military operation into eastern Ukraine on Thursday.

Putin’s announcement during a televised early morning speech came as the United Nations Security Council held an emergency meeting at the request of Ukraine over escalating tensions with Russia.

Putin said the action comes in response to threats coming from Ukraine, yet insisted Russia doesn’t have a goal to occupy the country.

The Russian leader warned other countries that any attempt to interfere with the Russian action would lead to “consequences they have never seen.”

Here’s a look at the international reaction to Moscow’s latest move.

“Putin has just launched a full-scale invasion of Ukraine. Peaceful Ukrainian cities are under strikes,” Kuleba said in a Tweet Thursday, referring to Putin.

“This is a war of aggression. Ukraine will defend itself and will win. The world can and must stop Putin. The time to act is now.”

Meanwhile, Ukraine’s ambassador to the UN Sergiy Kyslytsya confronted his Russian counterpart Vassily Nebenzia and the rest of the UN Security Council during Wednesday’s emergency meeting. He called on the U.N. to “stop the war.” 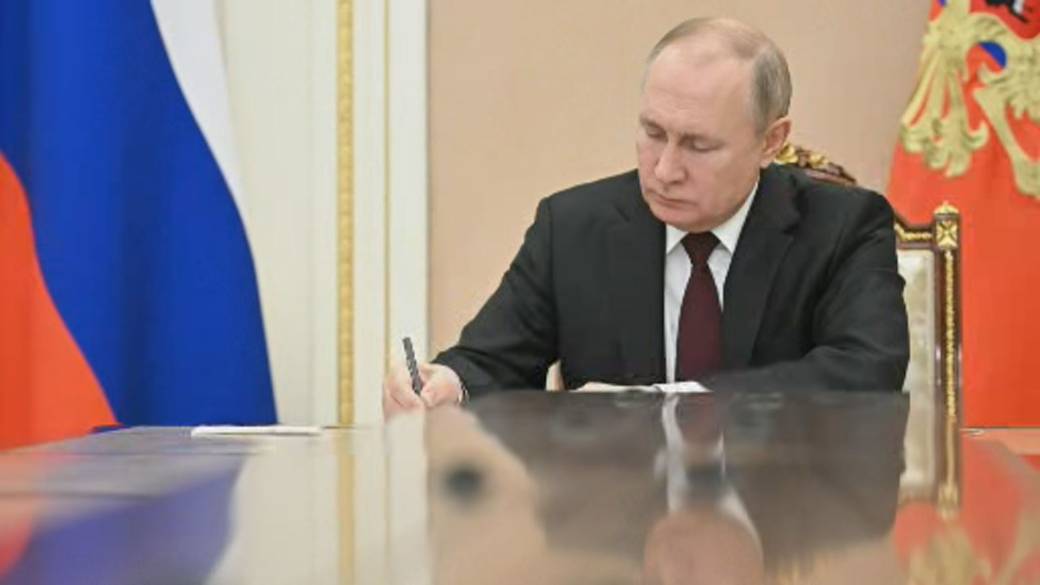 U.S. President Joe Biden said his prayers were with the people of Ukraine “as they suffer an unprovoked and unjustified attack by Russian military forces.”

“President Putin has chosen a premeditated war that will bring a catastrophic loss of life and human suffering,” Biden said in a statement issued late on Wednesday.

“Russia alone is responsible for the death and destruction this attack will bring, and the United States and its allies and partners will respond in a united and decisive way. The world will hold Russia accountable.”

He said he would announce further sanctions on Russia on Thursday, in addition to financial measures imposed this week.

The prayers of the world are with the people of Ukraine tonight as they suffer an unprovoked and unjustified attack by Russian military forces. President Putin has chosen a premeditated war that will bring a catastrophic loss of life and human suffering. https://t.co/Q7eUJ0CG3k

“These unprovoked actions are a clear further violation of Ukraine’s sovereignty and territorial integrity. They are also in violation of Russia’s obligations under international law and the Charter of the United Nations,” Trudeau said in a statement late on Wednesday.

Russia faces new sanctions amid Ukraine tensions. What will this achieve?

“Canada calls on Russia to immediately cease all hostile and provocative actions against Ukraine and withdraw all military and proxy forces from the country.”

Canada condemns – in the strongest possible terms – Russia’s egregious attack on Ukraine. These unprovoked actions are a clear further violation of Ukraine’s sovereignty and territorial integrity, and of Russia’s obligations under international law and the Charter of the UN.

On Tuesday, Canada joined the United States, United Kingdom, Germany and the European Union in announcing a first tranche of economic sanctions on Russia after Moscow recognized two separatist regions in eastern Ukraine and Russian troops rolled into the area.

“Putin is the cause of all this. We cannot let him win,” Rae said on Twitter. “C’mon people, stop pretending. War has started.”

Rae went on to call what is happening “brutal thuggery.”

The European Union will hold Moscow accountable for the “unjustified” attack on Ukraine, the chief of the bloc’s Executive Commission, Ursula von der Leyen, said on Thursday.

“In these dark hours, our thoughts are with Ukraine and the innocent women, men and children as they face this unprovoked attack and fear for their lives,” she said on Twitter.

“We will hold the Kremlin accountable,” von der Leyen added.

In these dark hours, our thoughts are with Ukraine and the innocent women, men and children as they face this unprovoked attack and fear for their lives.

We will hold the Kremlin accountable.

EU leaders are set to hold an emergency summit in Brussels later on Thursday, after a first round of EU sanctions on Russia took effect on Wednesday.

German Chancellor Olaf Scholz condemned Russia’s attack on Ukraine as an unjustified and flagrant breach of international law and said Berlin would consult its partners in the Group of Seven (G7), NATO and the European Union.

“This is a terrible day for Ukraine and a dark day for Europe,” Scholz said in a statement.

In a statement early on Thursday, Stoltenberg said, “Once again, despite our repeated warnings and tireless efforts to engage in diplomacy, Russia has chosen the path of aggression against a sovereign and independent country.”

He urged Russia to cease its military action immediately and respect Ukraine’s sovereignty and territorial integrity.

“NATO allies will meet to address the consequences of Russia’s aggressive actions. We stand with the people of Ukraine at this terrible time. NATO will do all it takes to protect and defend all allies,” Stoltenberg added. 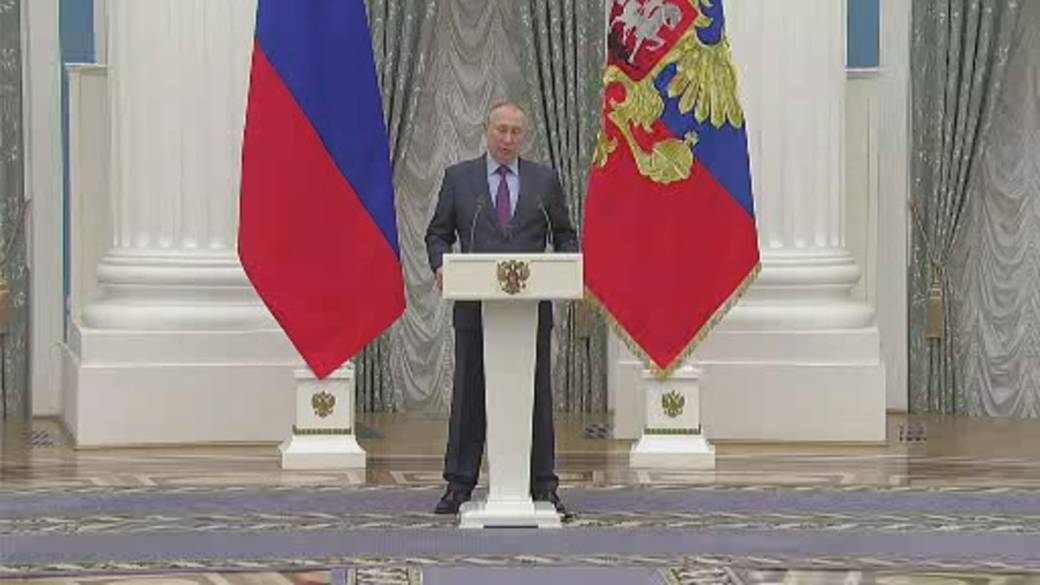 2:15Russia hit with sanctions after Putin orders military into Ukraine

Russia hit with sanctions after Putin orders military into Ukraine

United Nations Secretary-General Antonio Guterres urged Putin to stop the war “in the name of humanity.”

“Bring your troops back to Russia,” Guterres said, speaking after an emergency meeting of the Security Council on Ukraine.

The consequences of a war would be devastating for Ukraine and far-reaching for the global economy, he added.

Under the present circumstances, I must change my appeal:

President Putin, in the name of humanity, bring your troops back to Russia.

This conflict must stop now.

— With files from The Associated Press and Reuters