A wicker basket that had been collecting dust for 16 years is now being used by an owl family.

Kay Cornish of Armstrong, B.C., says a windstorm that howled through the area in early April destroyed a nest that an owl was using to raise at least two chicks.

After the winds died down, Cornish said she came out and found one chick on the ground, with parts of the nest scattered around the spruce tree in her yard.

“(The windstorm) totally blew the nest out of the tree,” Cornish told Global News. “It was all over my lawn; it was an old magpie nest.

“So there were all these hawthorn sticks all over the grass, and one little fluffy, white owlet, just standing, looking lost underneath the tree. He was so young, his eyes were just starting to open.”

Cornish said the owl had raised six chicks before in the tree — three in 2019 and another three in 2020 before moving to a nest in a nearby gully in 2021.

Cornish said this year’s nest was located high in the tree, and that at least two chicks were living in it. One was found alive, with a second found dead. No other chicks or eggs were located, if there were any. 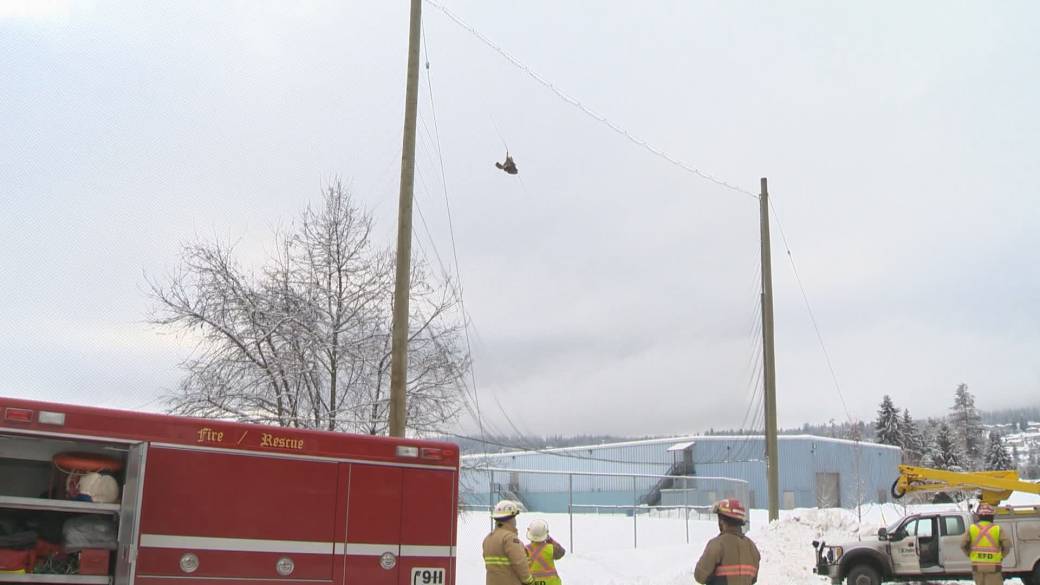 After spotting the owlet, Cornish grabbed an old bath towel from inside and used it to cover the chick. She then took it inside and placed the owlet and towel inside a cardboard box, along with a hot water bottle to keep the chick warm.

Cornish then called her daughter — who has a master’s degree in biology and had worked with animals before, including owls — asking what to do. She received instructions to find a basket, put a towel in it, place the chick inside that, then place the basket in the tree.

Cornish said she was concerned about having a human scent on the owl, but one website says it’s a myth that mother owls will abandon their chicks if humans touch them.

“Owl parents just want their baby back to take care of it,” reads one debunking owl myth on International Owl Centre. “That being said, only touch young owls if necessary for health or safety reasons.” 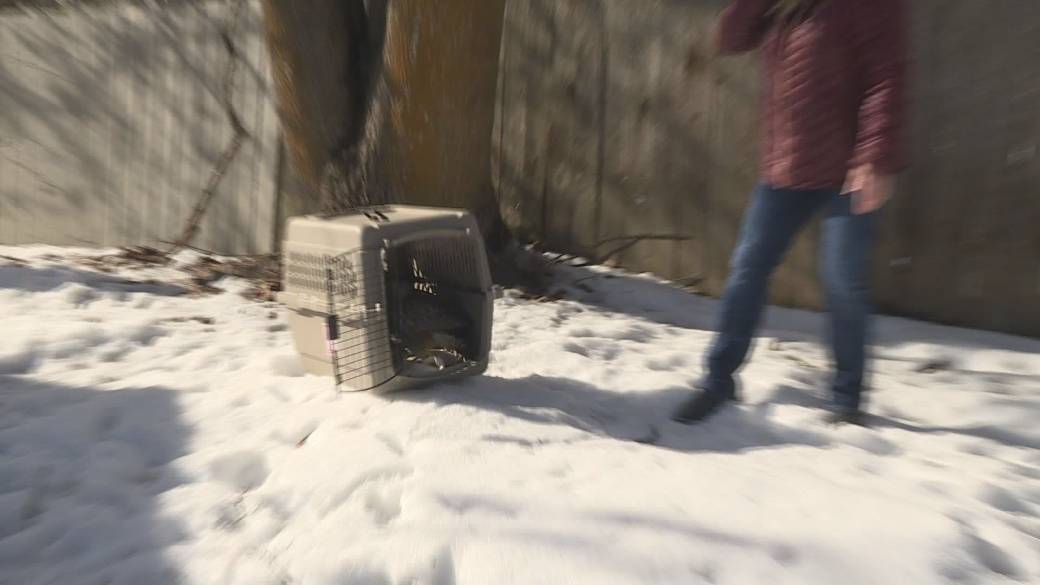 0:28Owl rescued from Enderby netting released into the wild

Owl rescued from Enderby netting released into the wild – Feb 16, 2022

Enter the rectangular wicker basket, which Cornish had kept after someone had sent, filled with live plants following the death of a parent.

Cornish lined the basket with a flannel sheet and the bath towel, then placed the owlet in it. The hot water bottle was left in the house.

From there, with the help of a ladder and her husband, the basket was placed in the tree, around 15 feet up, and was securely tied to the branch and trunk with coated wire.

“The mother owl was up the tree, watching what I was doing,” said Cornish. “Afterwards, I could see movement in the tree and, within an hour or so, she had come down and was on the same branch as the new nest.

“She walked across the branch and climbed into the nest and she’s been raising (the owlet) ever since.” 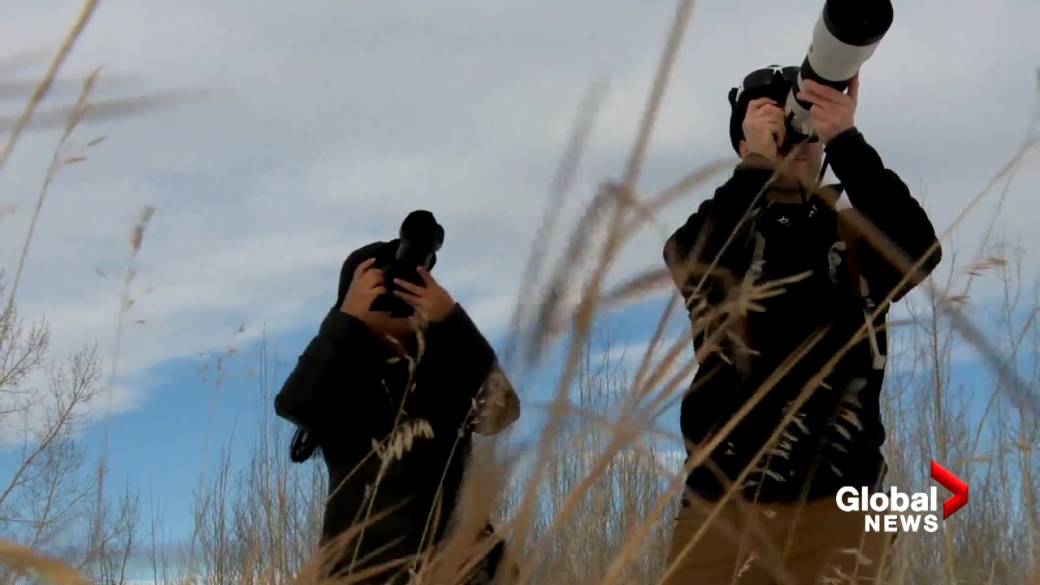 Cornish named the owl Olivia and the owlet Marvel.

Asked about the rectangular wicker basket, Cornish admitted she thought she’d never use it again.

“I had just stored it in the garage, thinking, maybe, sometime (I’d use it), but I didn’t know what I’d use it for,” said Cornish. “But it turns out to be perfect for them.”

Cornish said the owlet is doing well, “and I expect that within two weeks, he’ll be flying off with mom and learning how to hunt.”

And with the nest securely tied, Cornish said it’s possible the owl could regularly return and raise more owlets.

“I’ll be watching late February next year if there’ll be another owl nesting in it.” 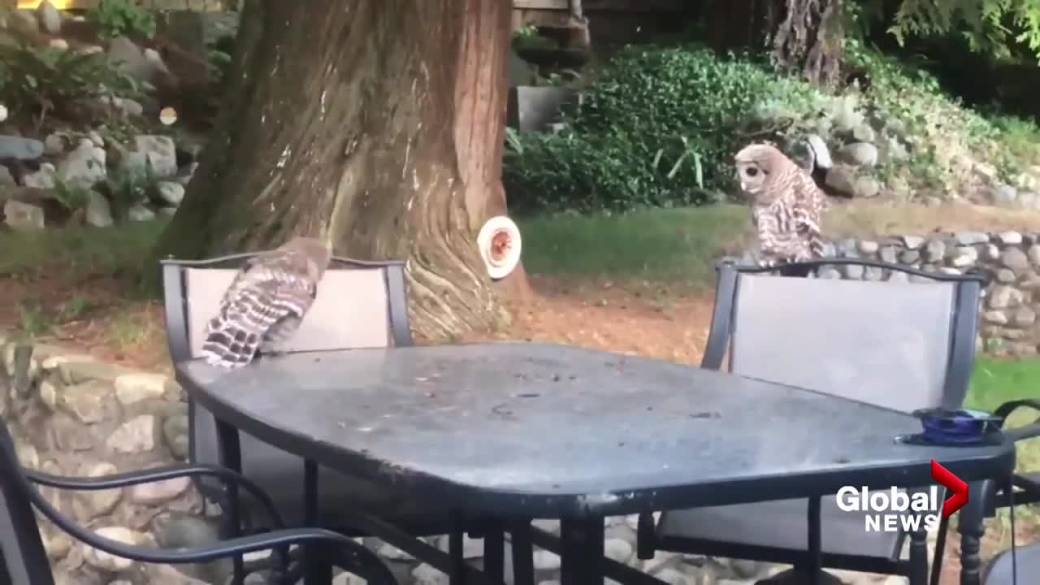