Misconduct allegations against a former senior-ranking Mountie that recently surfaced during a murder investigation in B.C. are prompting new questions into how RCMP investigate one of their own.

Arlene Westervelt died while canoeing with her husband Bert Westervelt on Okanagan Lake in June 2016.

Bert has always maintained his innocence, saying that Arlene drowned. Police initially viewed it as an accident too. They returned Arlene’s phone to Bert.

That would set in motion a series of strange events.

Bert asked an acquaintance, Brian Gateley, then a senior-ranking Mountie, if he would be able to unlock his wife’s phone.

Bert said he wanted to retrieve photos from the couple’s last day together.

Gateley was not assigned to the case, so this wasn’t a formal request but a personal one. Gately had a fellow officer use specialized RCMP technology to unlock the phone for Bert.

Read more:
‘They remain in the dark’: Family of woman who died on Okanagan Lake calls for coroner’s inquest

As a veteran Mountie, Gateley should have known his actions could be a serious breach of the RCMP’s code of conduct.

Nearly three years after Arlene’s death, Bert was charged with second-degree murder. He continued to maintain his innocence. The charge against him was stayed in July.

RCMP launched an internal conduct investigation into Gateley over the phone hack.

In the code of conduct letter, Gateley is also accused of providing his personal opinion to investigators in a potential conflict of interest. However, the allegations against Gateley did not go to an RCMP conduct hearing, where information is usually made public.

Then Gateley resigned from the RCMP.

“As soon as they resign, the file is declared closed. Nothing happens. The victims are the ones who will continue to carry that with them for the rest of their lives,” criminology professor Darryl Davies said.

In September, Staff Sgt. Janelle Shoihet told Global News in an email that when a member of the RCMP resigns, they no longer fall under the RCMP code of conduct, and any ongoing internal conduct investigations cease.

But when contacted by Global News, the office of Public Safety Minister Bill Blair insisted that all RCMP conduct investigations must be completed in full.

Mounties later backtracked on their wording.

“For clarity, ending the process means that when a member discharges (retires/resigns) before completion of the conduct process via meeting or hearing, the conduct authority must ensure the code of conduct investigation is completed and write a record of decision with their reasons,” Shoihet said in an email this week.

“When there is a prima facie finding established, a discipline folder is created in the division and the finding is recorded in the discipline tab on the RCMP internal employee database,” she added.

However, those findings aren’t made public.

It’s yet another bizarre aspect in the search for accountability within the RCMP. 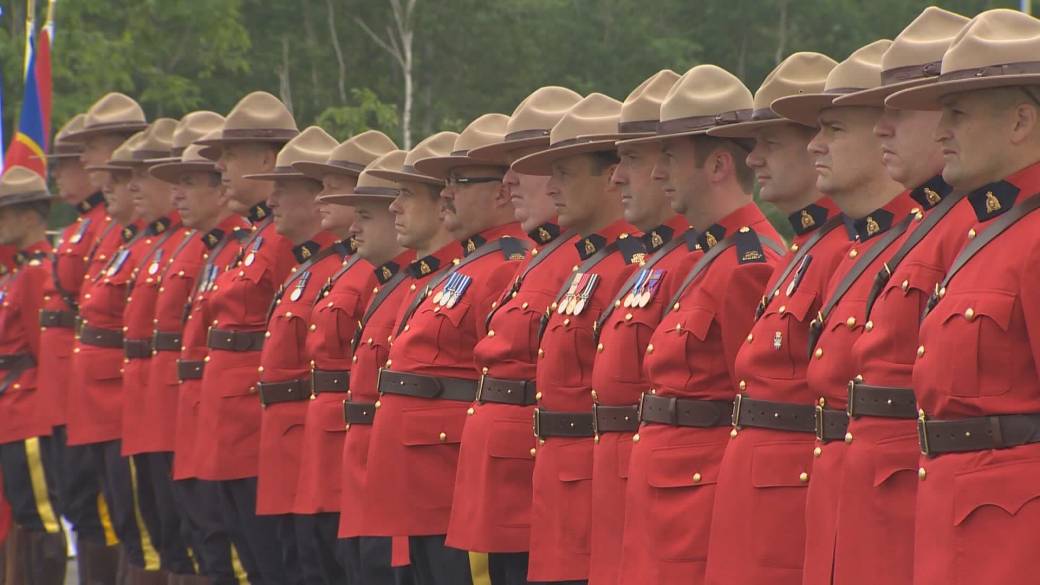 3:27Critics voice concerns about how the RCMP handle code of conduct investigations

A senior member of the RCMP experienced in code of conduct investigations confirmed to Global News that as some conduct hearings approach, officers under investigation will sometimes cut a plea deal and both sides settle on an agreed statement of facts as well as some sort of sanction.

RCMP would not confirm to Global News how Gateley’s conduct investigation was resolved.

In a letter to Arlene’s family, Gateley admits he had the phone unlocked but said it was only after RCMP had returned the phone to Bert, when police were still treating Arlene’s death as an accident.

That was before a divorce lawyer contacted the Mounties with new information which prompted them to launch a murder investigation.

In the letter to Arlene’s family, Gateley said he was not involved in the case and denies his actions had any impact on the investigation or the prosecution.

Others aren’t so sure, including Garry Clement, a former RCMP superintendent with three decades of experience in the force.

“The actions of Gateley were such that it does call into question whether he obstructed justice. We’re dealing with somebody with a lot of service. This was a fatality. I don’t know what he was thinking,” Clement said.

Although RCMP became aware of the allegations against Gateley in December of 2017, the conduct letter filed against him wouldn’t be written for another nine months.

It was finally signed by Asst. Comm. Kevin Hackett, who also happened to be the chief officer of B.C’s organized crime agency at the time.

That’s where Gateley landed his next job.

“It is simply birds of a feather flock together. They stick together,” Davies said. “It’s the police subculture, it’s the mentality, it’s the values of a police service that are 50 years out of date.”

“At the end of the day, the police even investigate the police,” he added. “I hate to say it, but it’s farcical. It’s been going on like that for years. No accountability, no redress or help for the victims who have been abused by the police, especially senior officers.”

“It’s despicable, quite frankly, but not surprising.” 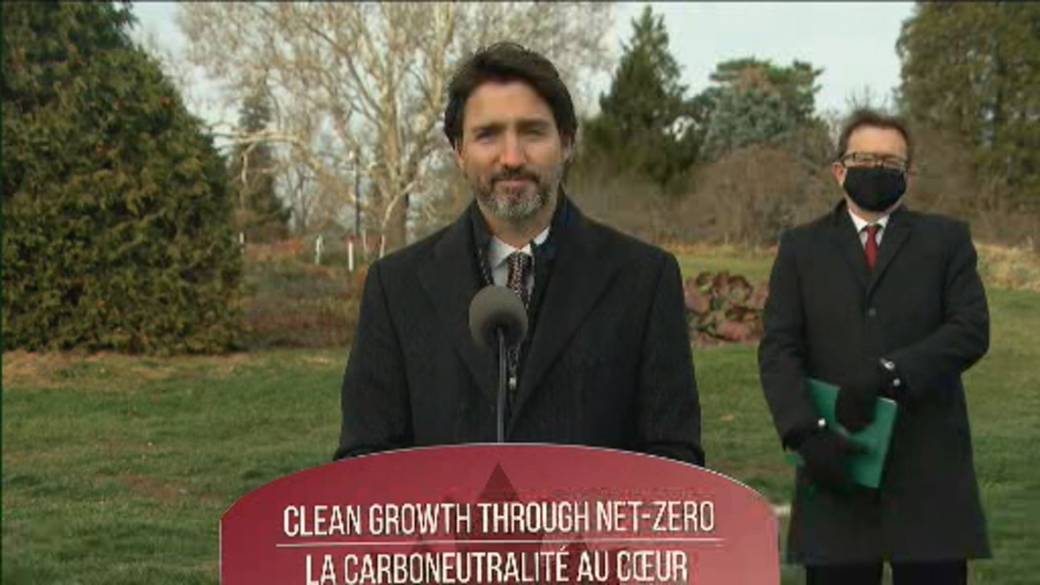 “These are unproven allegations, but they will never be proven or unproven if the investigation is stopped,” said Bruce Pitt-Payne, a former major crime investigator with the RCMP. “There are dangers here.”

However, this is not an isolated story.

From 2009 to 2016, more than a quarter of Mounties facing conduct investigations resigned.

Davies said there’s a serious lack of accountability and a hidden cost for taxpayers.

“If you’ve been charged, you can ride out the time for months if not years, suspended with pay. And then days before your trial’s due, simply resign,” he said.

“The victims pay the price at the end of the day.”

Davies is calling for legislation that would set a timeframe for disciplinary hearings.

“And until that happens, officers know they can scam the system, milk it for what it’s worth.

“Chiefs of police in Canada have been calling for (the ability) to fire police officers for years, and yet not one politician in this country has had the guts to step up to the plate and make that happen,” Davies said.

Those aren’t the only legislative changes critics are calling for.

Clement wants to see an automatic suspension without pay for serious allegations.

“I think it would expedite most of these cases far quicker than what we’re seeing today.” 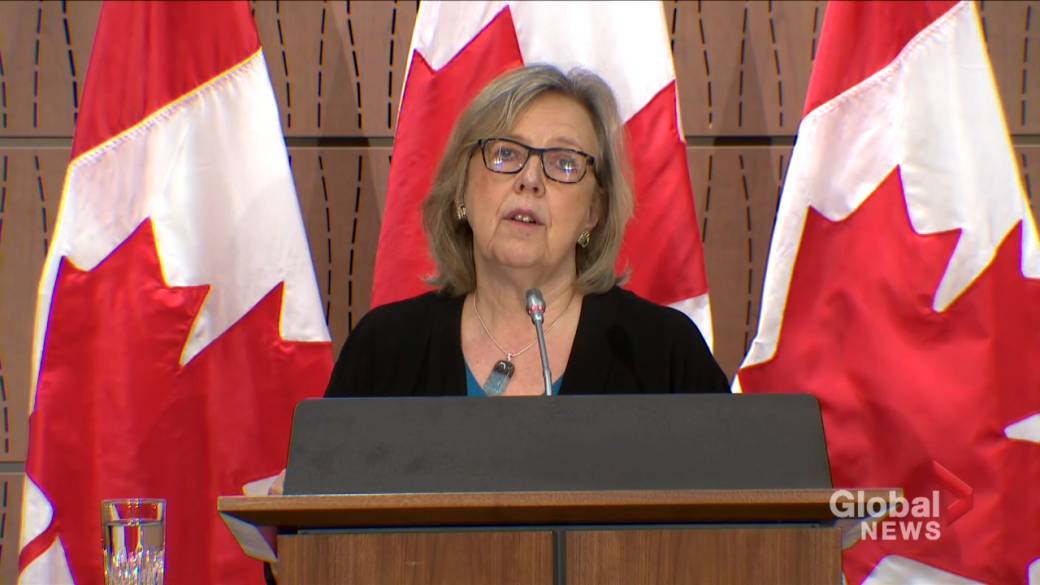 1:47Greens’ Elizabeth May calls for inquiry into RCMP accountability

Greens’ Elizabeth May calls for inquiry into RCMP accountability – Jun 18, 2020

“I’ve seen this over and over again, where the higher rank you are, the more likely it is that you may get a heads up to ‘retire now,’ so that you can’t actually suffer any consequence,” Pitt-Payne said.

He wants to see an independent oversight body or a college of policing — similar to what physicians or teachers have — so that people can’t fall through the cracks.

“It takes away the perceived conflicts, the perceived malicious choices,” Pitt-Payne said. “There must be an oversight body that has teeth that can actually enforce what they’re doing.”

In a statement to Global News, the office of Canada’s public safety minister said that RCMP are committed to handling conduct allegations in a fair and timely manner but would not comment on calls for legislative changes. 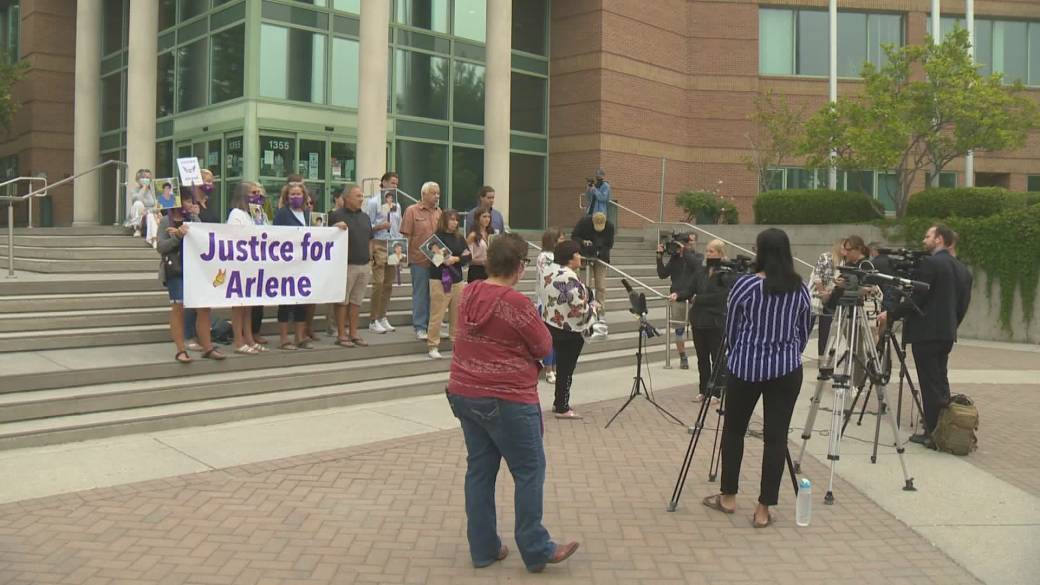 3:45Family of woman who died on Okanagan Lake calls for coroner’s inquest Ontario announces it will reopen provincial borders on June 16

Mark Henry explains why morale is down in WWE, more details on what led to his exit and signing with AEW | Wrestling News
3 seconds ago

Mark Henry explains why morale is down in WWE, more details on what led to his exit and signing with AEW | Wrestling News 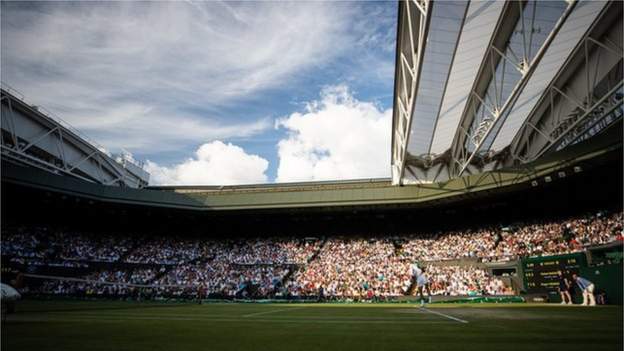 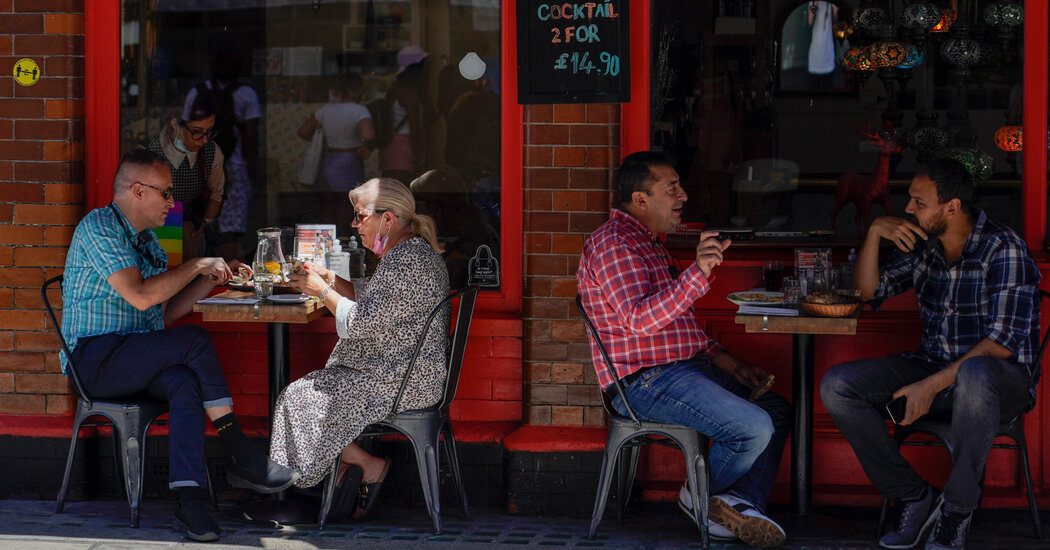 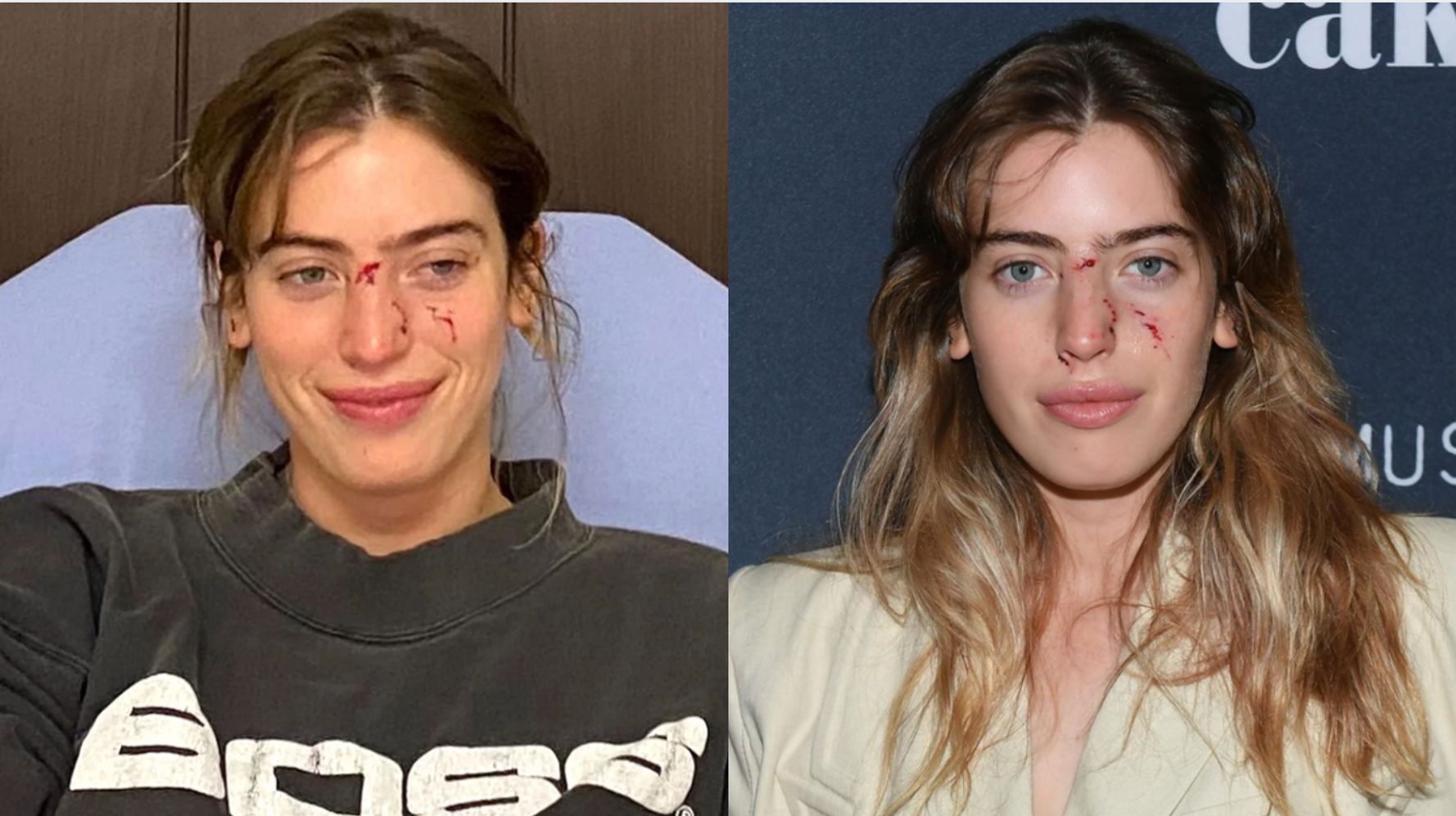