The backlog to get into long-term care in Nova Scotia is worse than it’s ever been.

This doesn’t surprise Michele Lowe, executive director of Nursing Homes of Nova Scotia Association. She said that advocates and academics were predicting this years ago, and warn that it’s only going to get worse.

“We predicted where we are, and it’s not going to stop. This list could potentially double within the next five years,” said Lowe. “We simply do not have enough long-term beds in Nova Scotia, or across the country.”

Wait-lists have been growing much faster over the past four months, as the fourth and fifth waves of COVID-19 severely impacted the staffing of LTC facilities. According to Lowe, more than 40 facilities were not accepting new admissions because of workforce pressures.

“So we have many facilities that are in what we would refer to as a critical situation in terms of staffing,” said Lowe. “So they can only, because of that workforce pressure, take care of the residents who are currently there.”

Working during a labour shortage is an unfortunate norm for Denise Hubbard, a continuing care assistant (CCA) working at an LTC facility in rural Cape Breton.

She said with the current staff-to-resident ratio of one CCA per six residents, taking on more residents would be difficult.

“We’ve been asking for a staff ratio to be four to one, four hours per resident. And that’s needed right now,” said Hubbard. “My facility actually closed 10 beds during COVID. Not because of COVID, because we didn’t have the staff to take care of the residents and provide their care.”

The last wait-list spike was in 2015, when Nova Scotia had 3,930 individuals waiting for LTC. Historically, however, the wait-lists have averaged about 2,500 people — breaking the previous record in July 2021 and growing every month since.

Currently, 46 per cent of individuals on LTC wait-lists are without care, waiting either in hospitals or in the community. Fifty-six per cent are waiting for inter-facility transfers, a symptom of the push to get them into the first facilities available. This caused many residents to be placed in facilities hours away from their friends and family.

The new provincial budget — released in March — has a combined $166.7 million dedicated to investing in LTC. Lowe said it’s money that has been needed for a long time.

“These investments, while they may sound large for long-term care, you have to keep in mind that long-term care has been, sadly, significantly underfunded for decades,” said Lowe. “We’re just starting to catch up.”

But fixing a broken system is hard to accomplish by throwing money at the problem.

The provincial budget includes $66.3 million to give CCAs the highest wages in Atlantic Canada. And while Hubbard is happy to receive the pay she’s been fighting for, it’s affected the wider workforce in LTC. Not everyone who worked with residents qualified for the CCA wage increase, creating large pay gaps.

“That created a huge gap financially,” said Hubbard. “Morale definitely hit the low. When I’m making a certain amount and somebody else that’s doing the exact same job as me, but are not certified, they’re making a significant wage less than I am.”

The provincial budget also set aside $17.2 million for programs to recruit and train CCAs. 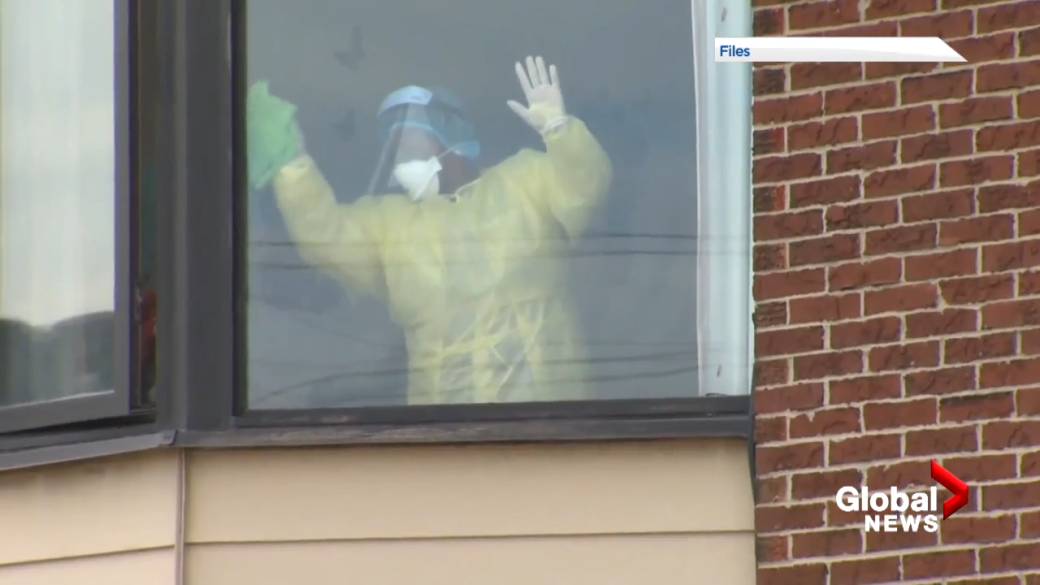 One of these programs is the work and learn continuing care assistant program at Cape Breton Business College, which provides free tuition and paid labour to prospective CCAs.

Hubbard said the facility she works at has put through four or five classes of students and that the program is fantastic but she wants to recognize the hard work students of these programs do.

“People taking these programs aren’t recognized enough about how hard it is to work full-time and go to school full-time, do their assignments, and then have to show up to work and pull a 12-hour day or a 12-hour night and have lots of energy and strength and everything,” said Hubbard.

These programs also don’t aim to fill the other roles in LTC, which Hubbard said are grossly understaffed as well.

These solutions, however, will take time before they can address a constantly growing wait-list.

In a statement to Global News, the Department of Seniors and Long Term Care said, “Older Nova Scotians deserve dignity and respect, and that means knowing if they need more care as they age, it will be there for them. Right now, the waitlist for long-term care is too long and the pandemic has only made the situation worse.”

The department added that the government has committed to renovating or building more than 2,800 spaces in long-term care, which it says will help reduce the wait-list.

“It will take time before these solutions deliver results, but they will deliver better care for older Nova Scotians now and into the future.”

Hubbard said that while the government waits for results, residents and workers at LTC facilities are in crisis.

“We needed these programs years ago, we needed these people on the floor years ago,” said Hubbard. “So I understand what the government’s saying, ‘It’s going to take time,’ but we are in crisis now. And we’ve been in crisis for quite some time.”

Hubbard said that everyone she works with loves what they do and works hard every day to provide the attention each resident deserves but is handicapped by the issues that face the sector. BILD Awards celebrate people and companies that shape the GTA