After walking away from the sport she once enjoyed, former Canadian gymnast Carmen Whelan says she looks back at her 14-year athletic career with more painful memories than good ones.

Whelan, who represented Canada at the Pan American Games, Commonwealth Games and multiple world championships, says years of physical, verbal and emotional abuse finally caught up with her, pushing the Ontario native into retirement in March 2020, right at the start of the COVID-19 pandemic.

“I was very unhappy in the sport with the abuse and the treatment. I thought it was a good time for me to leave,” Whelan, 24, of Aurora, Ont., told Global News.

Unaware at the time, the physical abuse started when she was around the age of eight, Whelan says.

“We would put two chairs and we (would) sit in the splits between them and our coach … a grown woman, 150 pounds would come over and sit on you for a minute and a half, two minutes and you’re in agonizing pain as your muscles are technically tearing,” she said.

As she got older and more successful, the training, which “kept going and going with no breaks and no snacks,” became more physically challenging, Whelan said.

“We just kept getting injured and we were all very down, and it was a very toxic environment to be in too.”

In British Columbia, Cassidy Jones of Port Coquitlam says one of her coaches — “a large heavy, man” — walked on her and other girls’ backs to the point that “we couldn’t breathe,” she said. Jones, 26, was eight at the time.

She says on another occasion, her coach kept slapping her knees for two minutes as she sat with her legs straightened out, holding a stopwatch to teach her not to bend her legs during the routines.

Whelan and Jones are not alone in speaking out about their allegations of painful experiences as gymnasts.

There are growing calls in Canada to address abusive practices in gymnastics, with athletes alleging ongoing abuse in gyms across the country.

Hundreds of current and former Canadian gymnasts have pressed the sports authorities to carry out an independent, third-party investigation into the complaints.

While we are encouraged by the @AthletesCAN Athlete Assembly tonight, we are mindful that most signatories are not NT athletes. They are children whose potential was robbed of them.

In their letter, gymnasts said the fear of retribution has prevented them from speaking out for nearly a decade.

“However, we can no longer sit in silence,” they wrote. “We are coming forward with our experiences of abuse, neglect, and discrimination in hopes of forcing change.

“We ask Sport Canada to take action to ensure the next generation of Canadian gymnasts is not subject to the physical and psychological trauma that we have had to endure.”

Attempts to complain about excessively long training hours and any serious injuries were often shrugged off, as coaches told them to “suck it up” or accused them of “faking it,” gymnasts say.

A day before flying out for the 2018 Commonwealth Games, Whelan said she slipped and smashed her head during training, suffering a concussion. Later that night, she said she received a text from one of the coaches telling her not to tell Gymnastics Canada or any of the doctors about the injury.

Whelan ended up travelling to Gold Coast, Australia, for the Games, but had to eventually pull out before the finals as she constantly felt dizzy and unwell from the concussion symptoms.

Anything that happened within the gym walls was rarely shared with families, gymnasts say.

“They didn’t want us to tell our parents anything that was happening, so we didn’t really share much of what was going on,” said Jones. 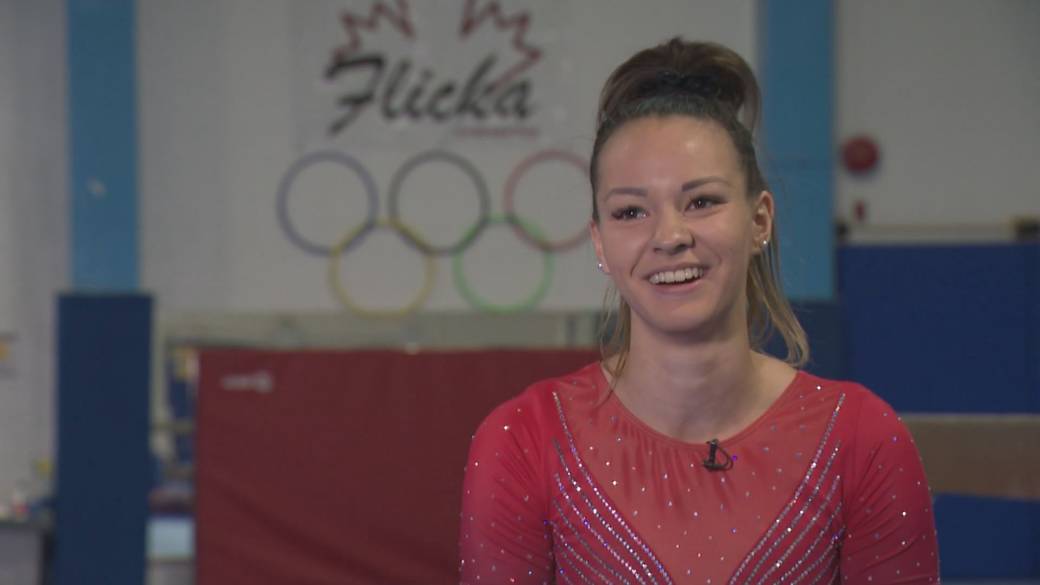 Dr. Laura Misener, professor and director of the School of Kinesiology at Western University, said the nature of gymnastics as a sport, where adults control how young women eat, take care of and think about their bodies, lends itself to a “really potentially problematic environment.”

“I think there is generally a culture of silencing in sport where coaches and administrators have a lot of power and control over their athletes,” she told Global News.

“It creates a culture where when individuals come forward and make allegations or talk about wrongdoing, often that voice is silent because it’s considered to be part of the sport, and that’s the part that perpetuates that toxic culture.”

The sport of gymnastics has been plagued by years of abuse allegations.

In the United States, the 2016 scandal involving former national team doctor Larry Nassar, who sexually abused hundreds of female gymnasts, sent shockwaves in the country and across the sporting world.

In a forceful testimony to the U.S. Senate in September 2021, Biles, a four-time Olympic gold medallist and five-time world champion, blamed federal law enforcement (the FBI) and USA Gymnastics for turning a “blind eye” to Nassar’s abuse. 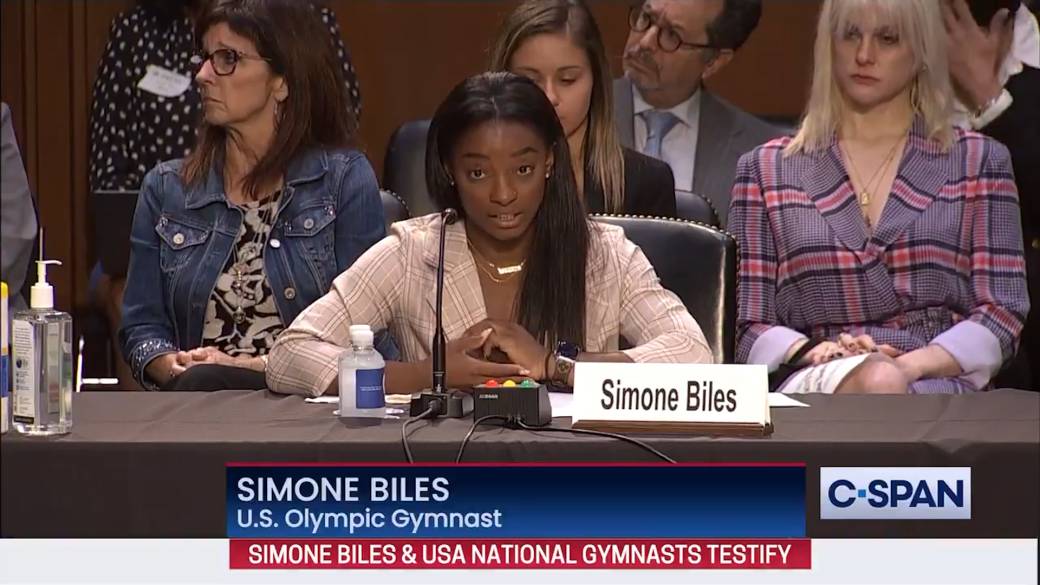 Sexual abuse allegations in Canadian gymnastics were brought to light in 2017 when Alberta coach Michel Arsenault was suspended by Gymnastics Canada after a report by the CBC’s French-language network alleged Arsenault sexually abused at least three gymnasts in Montreal when they were minors in the 1980s and early 1990s. Arsenault, who has denied the accusations, faced one count of sexual assault and three counts of assault but was granted a stay of proceedings last year.

Also in 2017, Dave Brubaker, who was the director of the women’s national gymnastics team, was charged by police with multiple sex-related offences.

He was acquitted of sexual assault and sexual exploitation in 2019 after being accused of sexually assaulting a young gymnast years ago.

Brubaker, who has denied the allegations, was banned for life by Gymnastics Canada in 2021 following an internal investigation. 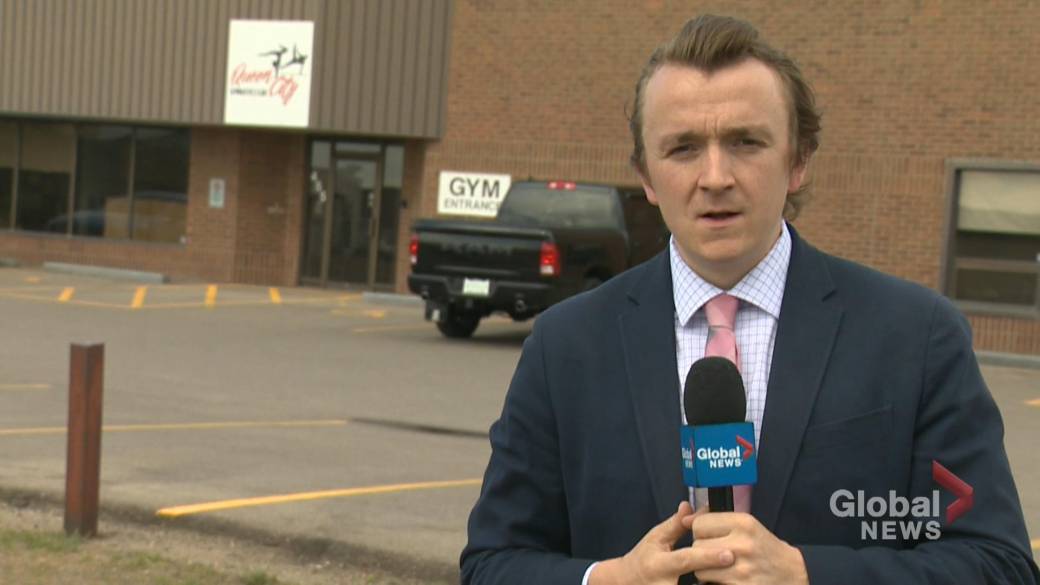 Since 1996, 24 individuals, mostly coaches, have been expelled or suspended by Gymnastics Canada

Misener said part of the problem is that too much stress is laid on becoming the best, which takes the fun out of the sport. And pushy parents are also complicit in this.

“When we value excellence over everything else, when we sit back and we count medals on a regular basis, that’s going to lead to a toxic environment because that’s what organizations are going to push for,” she said.

“We continue to suffer harm while participating in programs run by GymCan, the very organization entrusted with developing and protecting us,” they wrote.

Canadian gymnasts told Global News they had to face constant weight shaming, were told they were “too fat” and were asked to lose weight.

As a kid, Jones said she and the other girls were weighed every two weeks.

“If we grew like an inch and gained a pound or two as children, then they would get mad at us and call us fat,” she said.

“They would tell you to go to the bathroom with the intent of making yourself throw up is what they would want you to do, so that the number would be lower.” 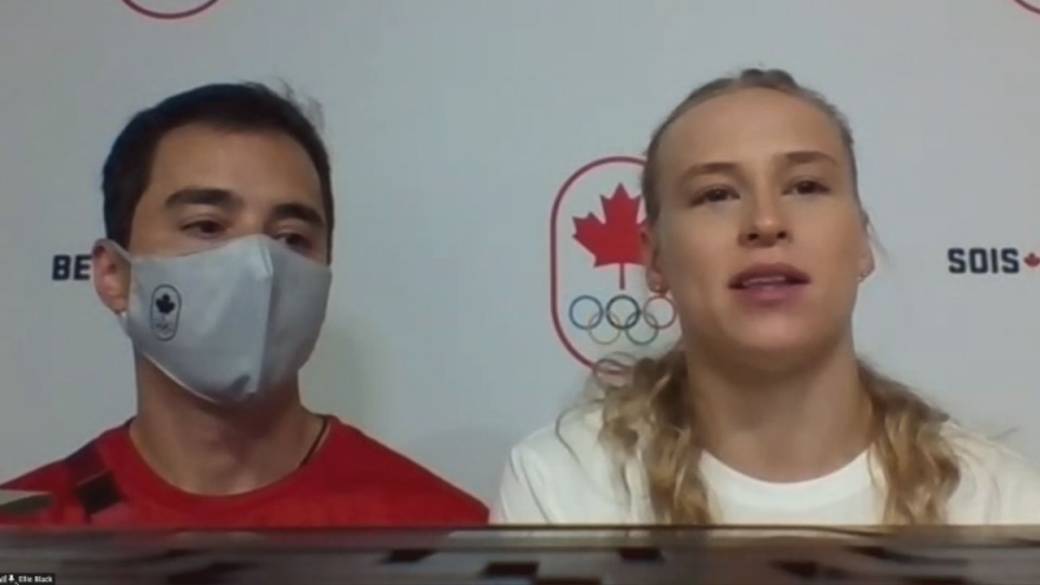 Jones, who is now receiving counselling, says she still struggles with emotional issues, such as being able to stand up for herself or speaking her mind.

“I know many of us who were in the situation have troubles with that now, standing up for ourselves, because you’re just taught at such a young age that you don’t do that,” she said.

Whelan said she suffers from post-traumatic stress disorder (PTSD), waves of depression, disordered eating and vision issues due to the concussion that was ignored ahead of the Commonwealth Games.

“If that hadn’t have happened, if I had … gone to see the doctor, things would have been very different,” she says.

Negative experiences and abuse can have “huge impacts” on athletes and oftentimes these surface only after they leave the sport, said Misener.

The gymnasts’ latest complaints have not gone unheard.

On April 7, as part of the 2022 federal budget, the government announced $16 million to fund the Sport Dispute Resolution Centre of Canada (SDRCC), which has been created to confront serious complaints of abuse and maltreatment in sport.

The commissioner, who will be on the job in May, will receive complaints about alleged maltreatment in sport and where necessary, launch independent investigations.

The safety of our athletes is my priority.
Today, our govt. announced $16M for sport safety including the implementation of the @CRDSC_SDRCC independent mechanism. This is a critical step that confirms our strong commitment to building a sport system 🇨🇦 free of abuse. (1/2)

Gymnastics Canada says it supports an independent probe, admitting that more work needs to be done and ”there are gaps and inadequacies in the management of safe sport.”

For its part, the sports body is looking to appoint an independent expert organization by the end of April, Ian Moss, CEO of Gymnastics Canada, told Global News.

“As importantly, we must ensure that we have a strong legal and conduct process in place to ensure that those who violate the core tenets of values-based sport are held accountable for their actions,” Moss said in an emailed statement.

“We believe that a sector wide approach is required to deal with these issues across all sport, and we are committed to working alongside all athletes and leaders to achieve our collective objectives.”

We are pleased to say that we have been in conversation with the office of @PascaleStOnge_ this week and are encouraged by these discussions. We look forward to meeting again in the near future about the next steps to make gymnastics safe for all. @GlobalAthleteHQ https://t.co/3I6txFBb31

Sports authorities are also attempting to engage with the complainants by holding meetings.

Over the past few weeks, Sport Minister Pascale St-Onge has convened several roundtable discussions with national sports organizations and athletes, including the gymnasts who penned the letter.

“I will use every tool at my disposal to make sure that athletes are at the center of the conversation and the solutions put forward,” St-Onge told Global News in an emailed response.

“There is a real sense of urgency in sport in Canada, and there is also a desire in the sport community to be better for athletes and restore trust for every parent who wishes to send their children to sports clubs.’’

Misener said despite the efforts by Gymnastics Canada to develop safe sport policies and training modules around values-based frameworks, more work needs to be done. And an independent third-party investigation is a “step in the right direction.”

But if Canada wants to see a “real change” in the system, Misener said funds and resources should be put in to support organizations, coaches and athletes, who should be brought to the forefront and their voices heard.

“The whole overall culture has to have a shift where safety is number one and is the priority and not an afterthought when an individual steps forward for needing that support,” she told Global News.

She said national sporting bodies in Canada also need to reconsider the excellence-based framework and how it funds sports. 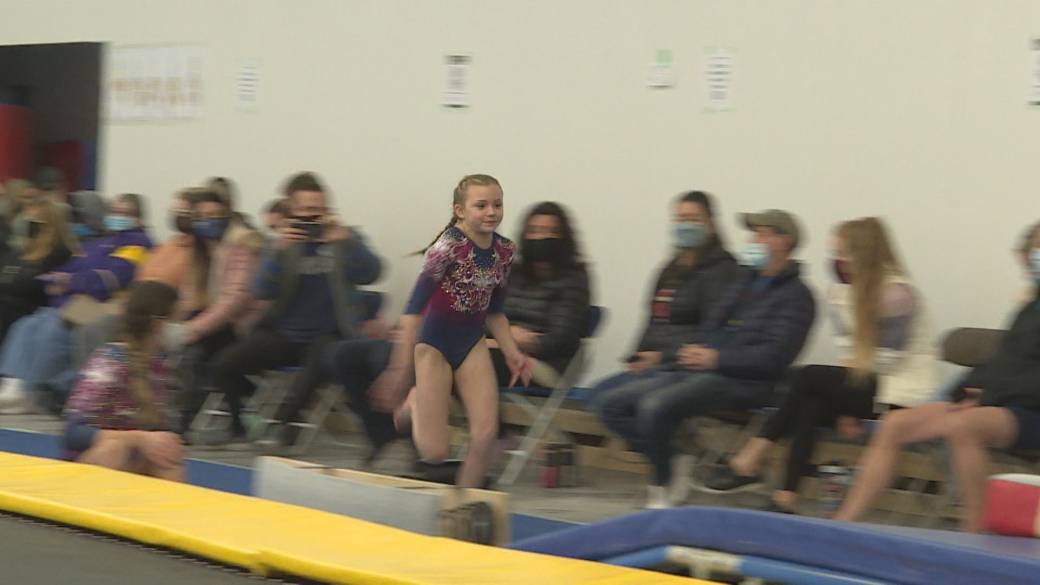 “I feel like there definitely needs to be a safer way for athletes to report any maltreatment in their sport, and the action should be taken on it immediately,” said Whelan.

She also said there needs to be a huge shift away from body image, which she said is the driving force of eating disorders suffered by many girls, including herself.

Jones is hopeful the future generation of gymnasts in Canada won’t have to go through what she and many others did.

“Right now it’s very, very easy and very normal for issues and situations to be swept under the rug because no one is accountable to anybody, really.

“So that’s the biggest thing that needs to change, in my opinion.”

— with files from The Canadian Press and The Associated Press