When we get sick, medical experts are often the guides to help figure out what could be wrong. But what if an answer is difficult to find?

That was the case for one Toronto girl, two-year-old Madelynn Schwartz.

Two weeks after being born, Madelynn spiked a fever and then developed a rash all over her body. She also experienced significant inflammation. And despite several prolonged stays at SickKids hospital, doctors could not figure out what was wrong.

“Trying to keep positive in light of not knowing if and when we will figure out what [was] going on was a challenge,” said Glen Schwartz, Madelynn’s father.

Erin Nadler, Madelynn’s mother, recalls how difficult the long nights the hospital were, especially as they waited and prayed for a diagnosis.

“We had one night, her symptoms just kind of reached their height. We had the full-blown rash, but then her body kind of shut down,” said Nadler.

“That day we met every single specialty in the hospital”

For months, as Madelynn’s family and medical team worked to manage her symptoms, gastroenterologist Dr. Aleixo Muise was collaborating with a team of scientists from around the world. They wanted to see if there was a genetic explanation.

Last fall, the team got confirmation their suspicions were correct.

“We were able to identify a mutation in a single gene, Spleen tyrosine kinase, otherwise known as ‘SYK’,” said Muise. “Before Madelynn was diagnosed, this gene was not known to cause any diseases in humans.”

The discovery was achieved through genetic sequencing. Part of the process also included testing both Nadler and Schwartz. Madelynn is the sixth person in the world believed to have the condition, tests revealed. Schwartz, unknowingly, is the fifth.

While he had had some medical challenges as child, the root cause had never been identified. “You still don’t realize it’s the same until you are told, and that was quite shocking,” said Schwartz. “Because while we did have similar symptoms, the severity of mine wasn’t nearly as bad as Madelynn’s was.”

Confirmation of another patient in China, help solidify the findings. The results were published in a recent study, with Madelynn’s case paving the way to help others.

Read more:
New ‘shadow pandemic’: How COVID has contributed to a surge in eating disorders in young children

“When you discover a new disease, or the cause of the disease, often what happens is initially it’s very rare and then we identify more patients quite quickly, and it becomes less rare,” said Muise.

“[The discovery] will be important in other diseases like arthritis as well as inflammatory bowel disease.”

After exhausting many other forms of treatment, Madelynn underwent a bone marrow transplant in May. The family wanted to be sure she was as healthy as possible before the procedure.

Armed with her feisty and determined spirit, her parents said she did well. “I think what I love the most is that as strong as I am, she is 10 times stroner than me,” said Nadler.

“She does things that I could never do.”

Doctors are hopeful the transplant could be a cure, but it’s too early to know definitive results. For now, the family waits, and remain focused on supporting their bright, brave little girl, while holding out hope for the many possibilities that lie ahead.

“There’s nothing I wouldn’t do for her, and nothing in this future I would never do for her,” said Schwartz. 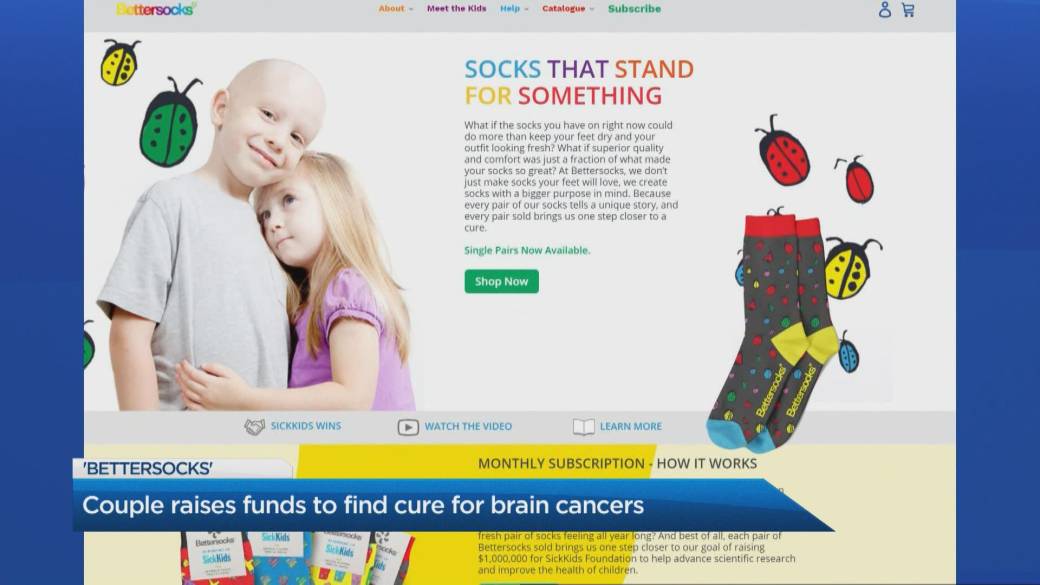 When Does Loki Take Place in the MCU Timeline? It’s Complicated
3 seconds ago Latin Pride: Nina Dioz on Discovering Her Freedom in the Hip-Hop Scene
3 mins ago

How to Activate Your Brand’s Purpose, According to Leaders at UPS, Zoom, and More
5 mins ago

How to Activate Your Brand’s Purpose, According to Leaders at UPS, Zoom, and More