An advocacy group for tenants says the next city council needs to take serious action to stop renovictions in Hamilton.

During a walking tour through the lower city on Thursday, members of ACORN Hamilton and other residents shared their stories about being displaced from their apartments or being pressured to move by landlords who are looking to renovate a property and raise the rent for incoming tenants.

John Vermeire lived in an apartment on Barton Street East for over two years and said he never missed a rent payment, but when new owners took over the building, they began to try and get him and 13 other tenants to move out.

“They were calling me every two, three days. ‘Are you moving yet? You found a place yet? Can you move out?’ No, I’m not going to move.’”

He said they ended up buying him and all of the other tenants out of the building at the beginning of the year, and it took him nine months before he was able to find another place in Hamilton he could afford.

“The government does not step in and do anything about this,” said Vermeire. “These people are making money whilst people end up homeless, going on [Ontario Works], doing what we have to do to survive. And they treat you like you’re a piece of garbage.”

ACORN member Elizabeth Ellis had a similar story about being renovicted from her Sherman Avenue apartment in 2019.

She said the property owners kept “badgering” her and the other tenants until they ended up being bought out and since then, she said the apartments have been unoccupied.

“The thing is, I could understand, ‘Okay, you renovicted me. Okay, fine. I can deal with that.’ But what I can’t deal with is them profiting off having nobody live here. We’re in a housing crisis and nobody’s still living here. There’s people on the street.”

Mark Baker said his landlord has tried to renovict him and his neighbours in their apartment on Garfield Avenue, but they ended up going to the Landlord Tenant Board and had a tribunal rule in their favour.

“We won at tribunal because they did not have permits or proof of the work that needed to be done.”

Despite that victory, Baker said tenants are still being pressured to move out.

He said something needs to change to protect tenants from predatory landlord practices that result in them being pushed out of their homes and into an increasingly expensive rental market.

“It’s counter-intuitive and counterproductive to help people get kicked out of homes in a place where you already have no homes.”

In recent years, city council has taken some steps toward protecting tenants by expanding a tenant defence fund for renters who are threatened with N13 eviction notices, making changes to incentive grants to prevent them from going to properties where tenants have been displaced and approving the implementation of a vacant home tax on empty residential properties.

A landlord licensing pilot has also been put in place in certain parts of the city, but ACORN said that program needs to be expanded across all of Hamilton.

The city is also expected to ask a consultant to look into developing a local anti-renoviction policy that’s based on a bylaw in New Westminister, B.C., that requires landlords to accommodate tenants during renovations or move them into another apartment, but that has yet to move forward.

Ward 3 councillor Nrinder Nann was among several city council candidates who joined ACORN for Thursday’s walking tour and thanked the group for their advocacy to push for municipal policies that protect tenants.

She also pledged that, if she’s re-elected on Oct. 24, the money generated by the vacant home tax will go entirely toward building more affordable housing in Hamilton.

ACORN’s political action committee has released a list of council candidates it’s endorsing in the upcoming election, as well as throwing its support behind Andrea Horwath as a mayoral candidate. 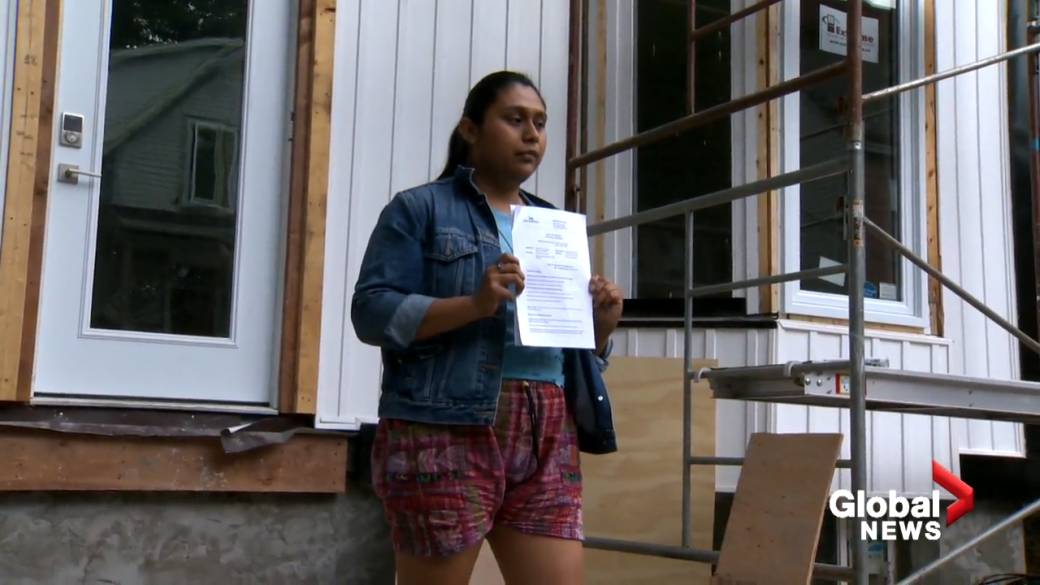