It was deemed a crisis years ago, and, while numerous initiatives are underway to combat homelessness in Kelowna, the situation has become very dire.

“We’re seeing triple the number of people who are visibly unhoused in our community. And by visibly, I mean, clearly sheltering outdoors at night,” said Darren Caul, community safety director with the City of Kelowna.

Caul said the economy and lack of affordable housing are among the contributing factors.

That includes the city-designated outdoor camp along the Okanagan Rail Trail near Richter Street and Weddell Place, an area that was originally set up to accommodate some 50 people.

“This morning, we were at 80 people who were sheltering along this area,” Caul said.

In Kelowna, the situation was made worse with the recent closure of the 60-bed Doyle Avenue shelter, which displaced dozens of people.

It was demolished to pave the way for what will be UBC Okanagan’s new downtown campus.

“The Doyle shelter closed a few months ago and we’re very eagerly awaiting the opening of the Bay Avenue shelter,” Caul said. 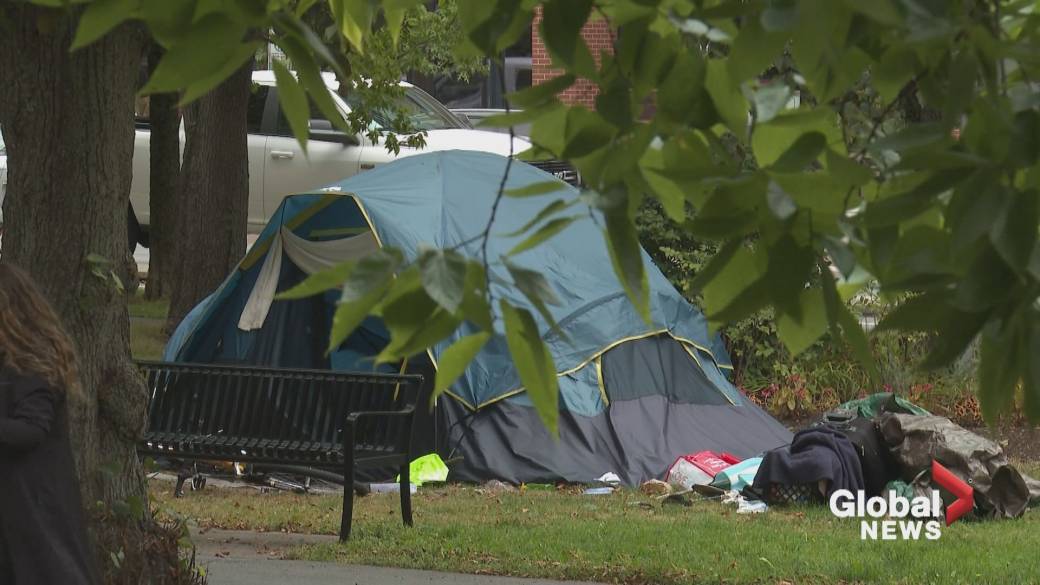 1:37
Emergency shelters to open in Halifax ahead of Hurricane Fiona

Emergency shelters to open in Halifax ahead of Hurricane Fiona

Its opening was already delayed once.

“Originally, we were hoping to open in September, and so it was annoying enough to delay into October,” said Carmen Rempel, the executive director of the Gospel Mission, which will operate the shelter.

The delay is being blamed on the building not being ready for occupancy just yet.

“That building was used as a warehouse for packing fruit, dehydrating fruit,” Carmen said. “So you can imagine the amount of safety, things that we need to look at to make sure that we can make it habitable for people.”

The labour shortage is also creating a challenge in getting the shelter fully open.

“We have 22 positions that are open in total at the Gospel Mission, about half of those are for the new shelter,” Rempel said.

The shortage in the workforce has led the Gospel Mission to take the unusual step of holding a two-day job fair.

“We went outside of the box,” Rempel said. “We spent a third of our annual budget that’s used for HR on job postings online.

“We spent it in a month and still weren’t having the right amount of people come through our doors. So we said ‘Let’s try a job fair.’”

The outcome of that job fair will also determine when the new shelter will open and at what capacity.

“We have contingency plans. We do have staged opening plans that if we didn’t have enough staff, we could still open but at a reduced capacity,” Rempel said.

“So we have a certain ratio we need of staff to clients, and we would simply; if we have less staff, we have less clients.”

With about 160 people currently believed to be sleeping outside in Kelowna, and the weather getting colder with each passing day, there’s an urgency to get the new shelter up and running.

“That’s absolutely an unacceptable condition for people to be living in,” said Rempel, “so we’re really eager to open up the shelter.” 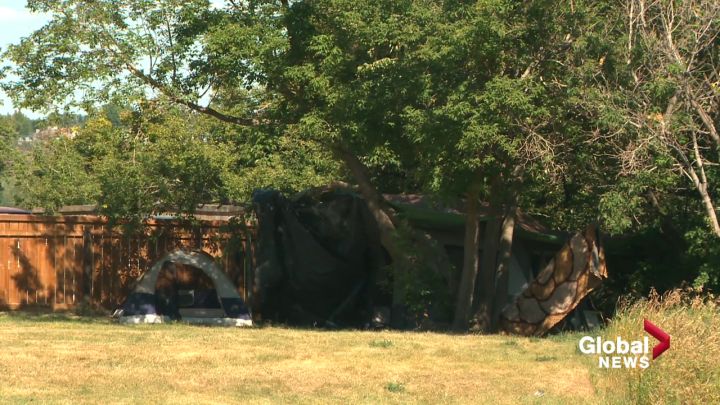 International students’ visa backlog due to an outdated system: lawyer