Two senior Air Force officers have been charged for allegedly failing to stop a group of fighter pilots from assigning an inappropriate nickname to another member in June.

Col. Colin Marks and Lt.-Col. Corey Mask each face one charge of failing to effectively carry out their responsibilities and will face disciplinary hearings, according to the Royal Canadian Air Force.

Specifically, military police have accused the two officers of having failed to enforce the military’s orders when it comes to preventing and addressing sexual misconduct.

Neither Marks nor Mask responded to requests for comment on Monday.

The charges are not criminal in nature, and Reid said their hearings will be conducted by other officers in Cold Lake.

A summary hearing is scheduled for Mask on Dec. 5 and will be heard by the commander of military cadets, Brig.-Gen. Jamie Speiser-Blanchet.

Marks’s hearing is scheduled for Dec. 12 and will be conducted by Col. Robert McBride, commander of 3rd Canadian Division Support Base Edmonton.

Neither hearing will be open to the public, Reid said.

“The Royal Canadian Air Force believes in a just culture, centred upon supporting victims and their well-being,” Reid said in a written statement.

“We also believe in our members and in their ability and commitment to learn from their mistakes and to always strive to be better. The results of the summary hearings will be communicated following their conclusion.”

A third, more junior officer was also charged with undermining discipline or morale “for having participated in the assignment of an inappropriate call sign,” Reid said.

“Following a review of evidence, a summary hearing for this officer was determined to not be appropriate; rather, the chain-of-command has applied separate administrative measures as a disciplinary response.”

The third officer’s name was not released.

Administrative measures, which typically involve warnings and reprimands, have also been imposed on a number of other officers ranging in rank from second lieutenant to major, Reid added.

The charges and disciplinary actions stem from an informal meeting known as a “call sign review board” on June 22 at one of Canada’s two main fighter jet bases, 4 Wing Cold Lake in Alberta.

Despite their formal-sounding names, former fighter pilots have described such review boards as informal meetings after major training exercises or operations in which pilots assign nicknames, or call signs, to newer members over drinks.

Many people would know call signs from the blockbuster Top Gun movies, in which Tom Cruise’s character is nicknamed “Maverick.” That call sign is a reference to the character’s refusal to follow orders and play by the military’s rules. 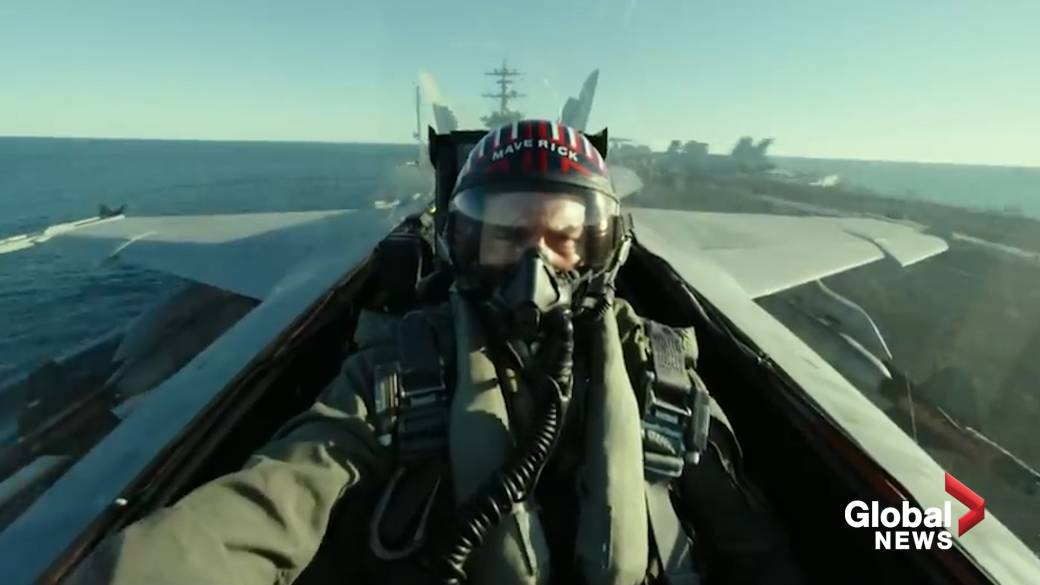 
Canadian fighter pilots also use call signs. Anyone who has been to an air show in Canada and got a close look at a Snowbird or CF-18 might have seen the pilot’s call sign written with their real name near the cockpit.

While call signs aren’t the exclusive domain of pilots, and such nicknames are also often assigned to the weapons officers who also fly on two-man CF-18s, they aren’t widely used in other parts of the Royal Canadian Air Force.

The air force says call signs help build a sense of team and identity among fighter pilots and break down barriers between different rank levels. They also benefit communications in the air.

According to the air force, during the meeting in June, several fighter pilots proposed, discussed and assigned an “inappropriate” call sign for another pilot.

Air Force commander Lt.-Gen. Eric Kenny first revealed an investigation into the meeting on June 22 when he announced in August that a ceremony to install Marks as commander of Canada’s other fighter jet base, 3 Wing in Bagotville, Que., was being delayed.

The revelation cast a spotlight on a long-standing tradition in Canada’s military of assigning call signs at a time when the military is still dealing with the fallout from a rash of inappropriate — and in some cases criminal — behaviour by senior officers.

Retired lieutenant-colonel Rory Fowler, who is now a lawyer specializing on military cases, questioned the decision to conduct the hearings for Marks and Mask behind closed doors.

“While an officer conducting a summary hearing does have the discretion to close part, or all of a hearing, the expectation is that such a derogation from transparency will only arise in exceptional circumstances,” Fowler said in an email.