Quebec Liberal Leader Dominique Anglade said Sunday she still in the province’s election race to win, despite questions about her party’s organization and claims by other leaders that the election has become a two-way race that’s left her on the sidelines.

One Liberal candidate’s registration was denied by Elections Quebec, while another pulled out of the race Saturday evening.

The party has also been dogged through much of the campaign by questions about mathematical errors in its costed platform.

“We have had certain challenges, but all the parties have also had some, so now, we’re continuing the election campaign, we have propositions to make to Quebecers,” Anglade told reporters in Shawinigan, Que., Sunday.

Anglade said she still has two weeks left to convince Quebecers of her message, adding she’s particularly looking forward to the second leader’s debate on Thursday.

The Liberal party will challenge the decision by the election regulator to refuse Harley Lounsbury’s candidacy in the riding of Matane-Matapedia, she said, but would not go into detail about why his paperwork was refused.

Regarding the candidacy of Malek Arab, Anglade said only that he pulled out of the race for personal reasons but another candidate has already been found to replace him in the Joliette riding.

On Saturday, Quebec solidaire spokesman Gabriel Nadeau-Dubois described the election as increasingly a two-way race between his left-of centre party and the incumbent Coalition Avenir Quebec.

A Leger poll released last week showed the Liberals in second place, at 18 per cent, with Quebec solidaire one percentage point behind and the Conservative Party of Quebec at 15 per cent.

“It is not for our opponents to define who will be chosen by Quebecers,” Anglade said. “I think that for a young politician, Gabriel Nadeau-Dubois does quite a bit of old politics.”

Conservative Party of Quebec Leader Eric Duhaime told reporters that while it may be a two-way race between Quebec solidaire and the CAQ in some downtown Montreal neighbourhoods, that’s not the case in other parts of the province.

“I think it’s time for Mr. Nadeau-Dubois to go outside of Montreal and look at what’s happening in Quebec,” he said during a campaign stop in Nicolet, Que., adding that in several parts of the province, it’s a two-way race between his party and the CAQ. 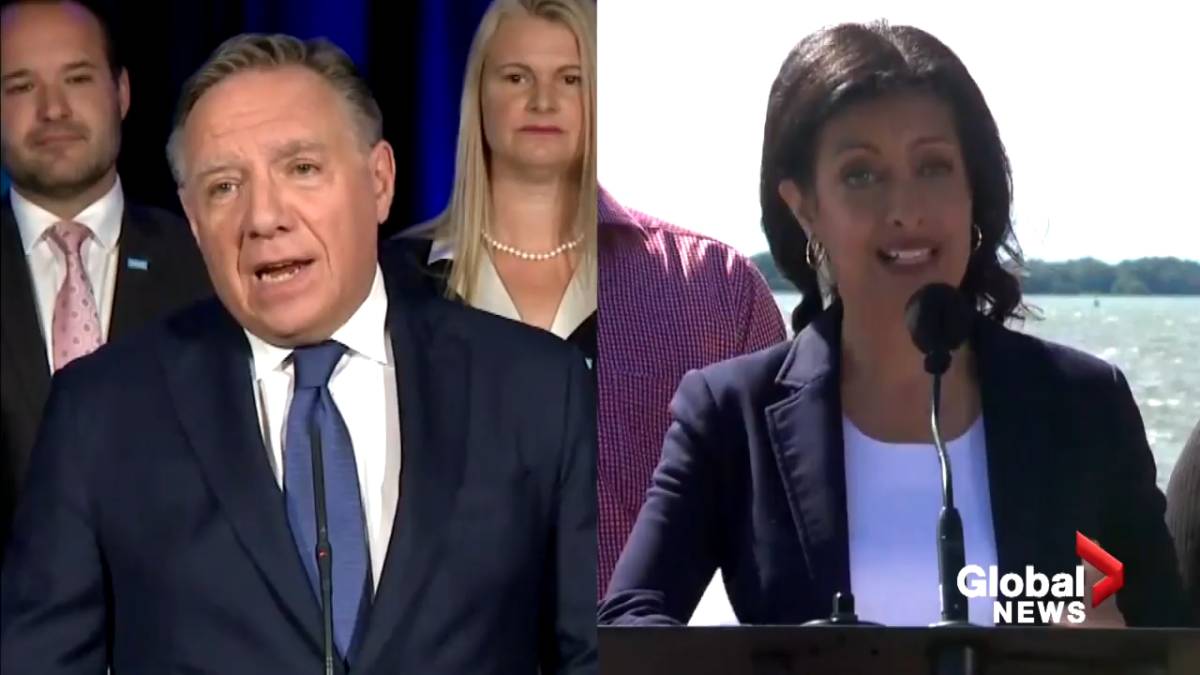