One of the survivors of the Halloween night sword attack in Quebec City has posted a video online in which he says he forgives his aggressor.

Musician Rémy Bélanger de Beauport described his ordeal in a 45-minute video recorded from his hospital bed and uploaded to Facebook Thursday.

Bélanger de Beauport says he was walking near the Chateau Frontenac in Old Quebec City on Oct. 31 when a man wearing a cape lifted a sword and sent it crashing on his head.

The cello player says he was able to escape and find help after suffering injuries that include multiple fractures to his skull and to both arms, as well as damage to his throat.

Girouard is facing two counts of first-degree murder and five counts of attempted murder in connection to the attack. 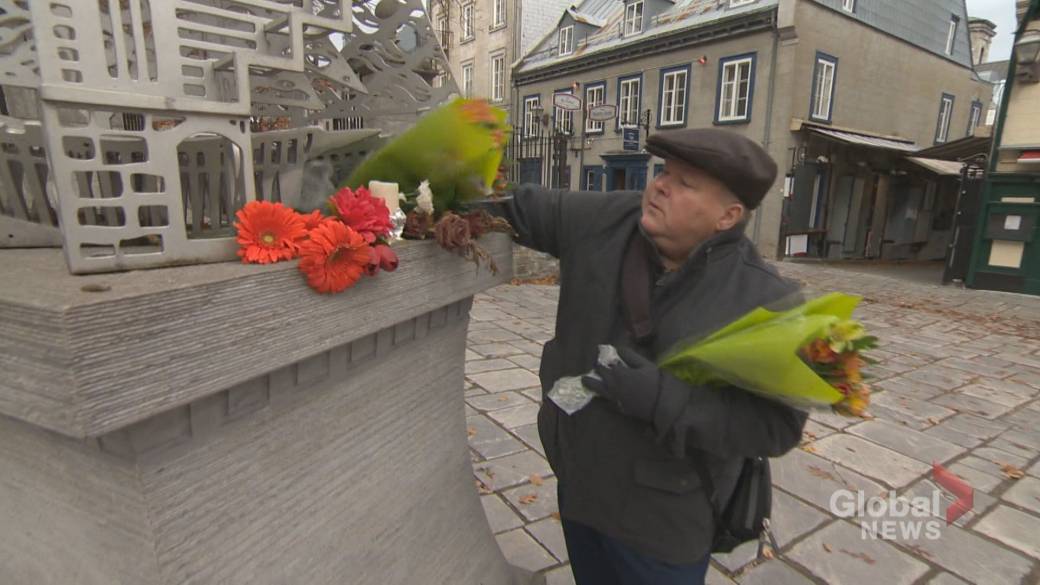 Bélanger de Beauport’s thumb was partially amputated and his index finger had to be reattached — devastating injuries for a professional cello player.

He says he’s slowly recovering from his injuries and is vowing to continue as a musician in whatever way he can.