Prince Charles and his wife, Camilla, are in Newfoundland and Labrador’s capital on Tuesday to begin a three-day Canadian tour focused on Indigenous reconciliation and climate change.

The royal couple will visit the provincial legislature where they will be welcomed by Prime Minister Justin Trudeau before heading to Government House, which is the official residence of Lt.-Gov. Judy Foote, the Queen’s representative in the province.

There they will take part in a reconciliation prayer with Indigenous leaders at the Heart Garden, which was built to honour Indigenous children who attended the province’s residential schools.

Leaders from four of five Indigenous groups in the province will be there. Johannes Lampe, president of Labrador’s Inuit Nunatsiavut government, will instead be attending a swearing-in ceremony for his newly elected members.

Charles and Camilla will then tour Quidi Vidi, a former fishing community in the east end of St. John’s, before heading to Ottawa and, finally, to the Northwest Territories. 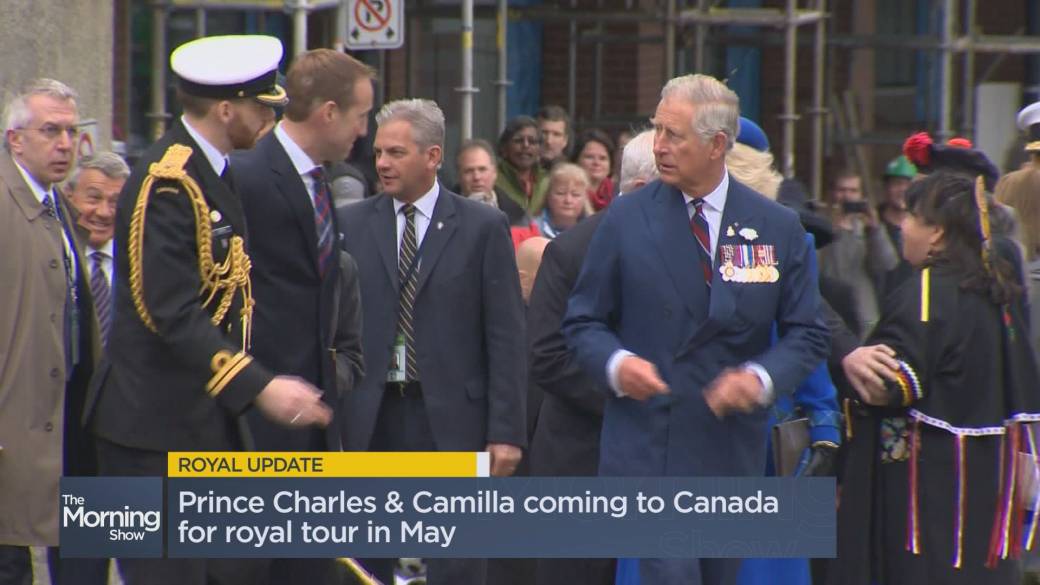 5:05Prince Charles and Camilla coming to Canada for a Royal Tour

Prince Charles and Camilla coming to Canada for a Royal Tour – Apr 12, 2022

England first established a colony in Newfoundland in 1610, and the island remained under British rule until it joined Canada in 1949 along with Labrador and became the province of Newfoundland, with a constitutional amendment in 2001 giving the province its current name.

Prior to welcoming the royal couple, Trudeau and Premier Andrew Furey will visit a local child-care facility.